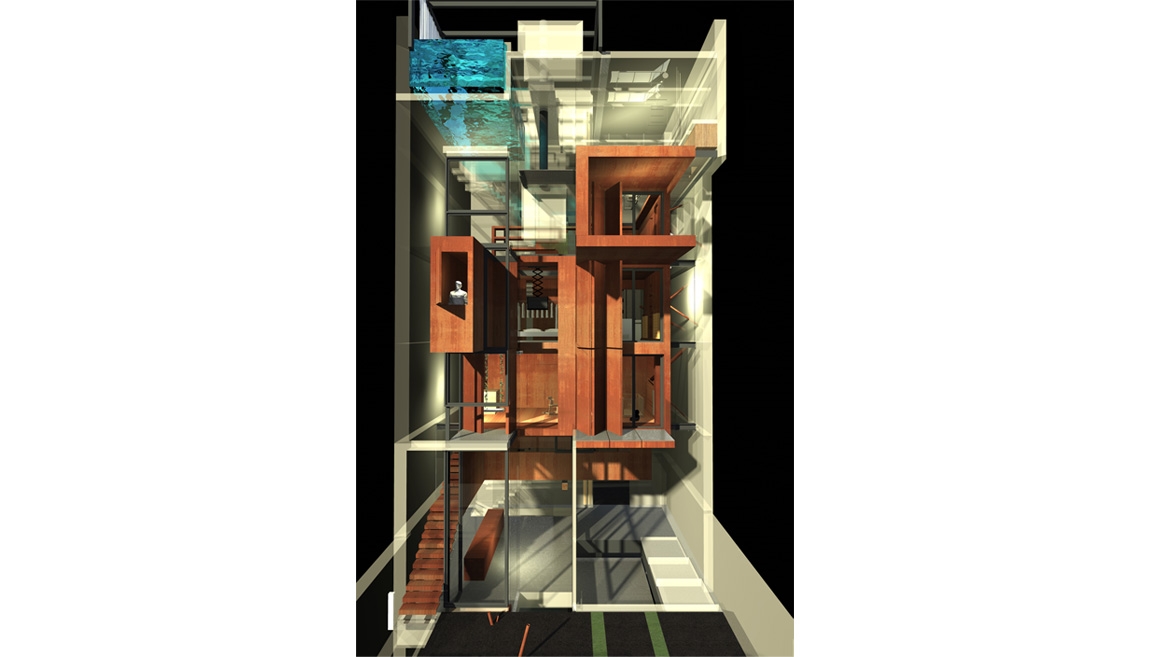 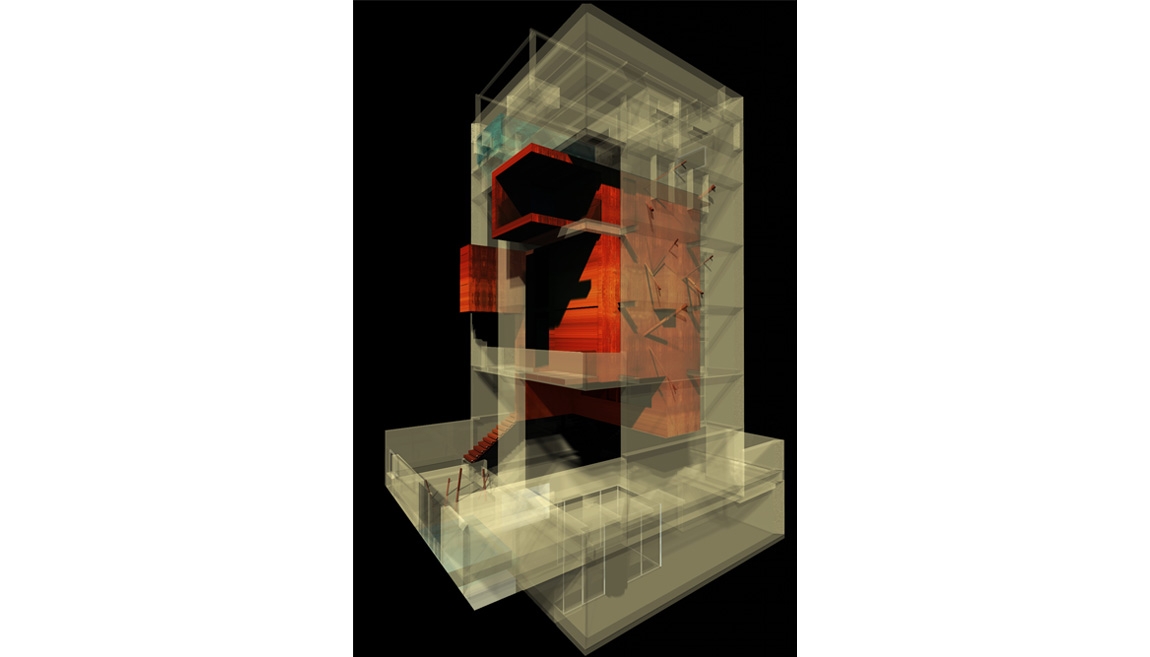 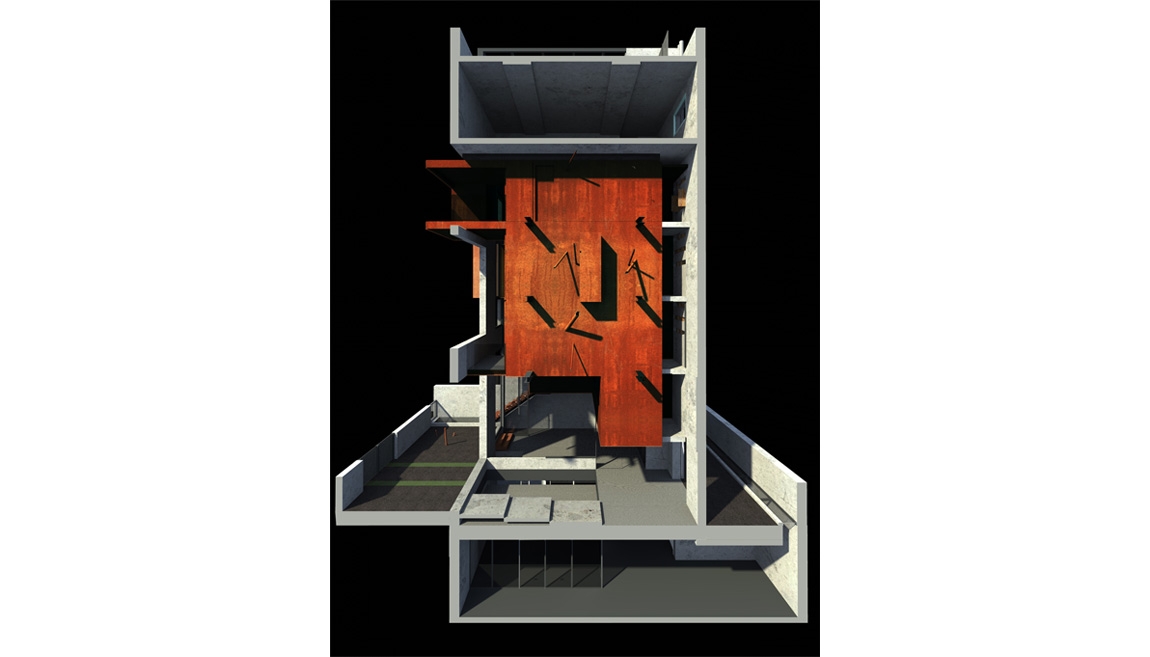 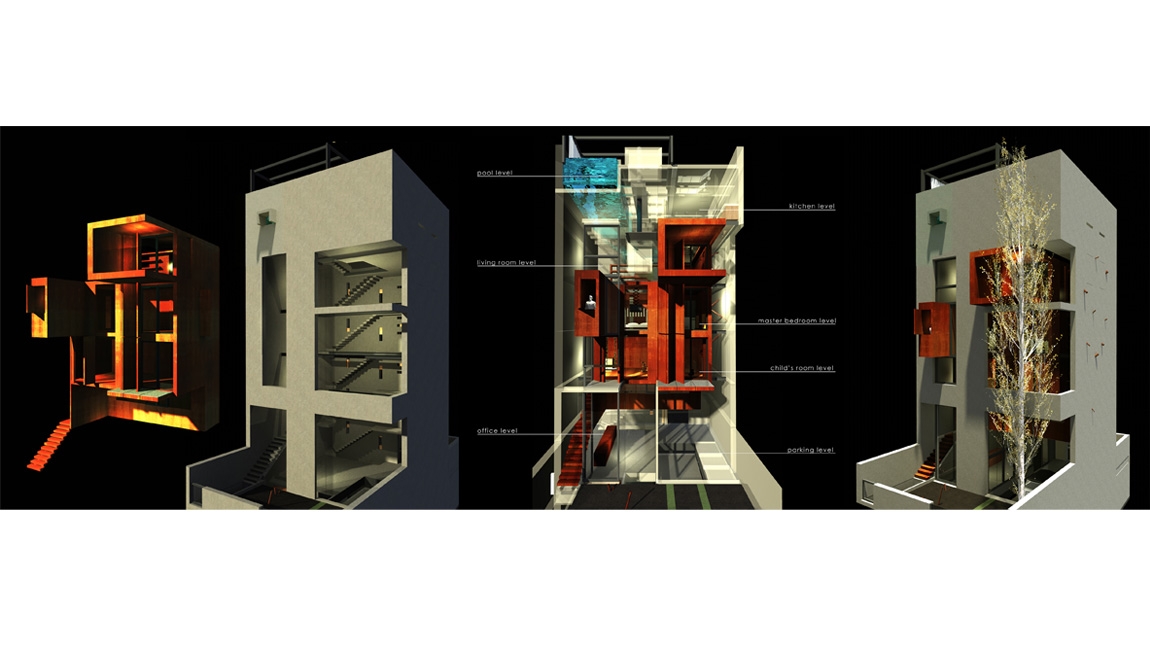 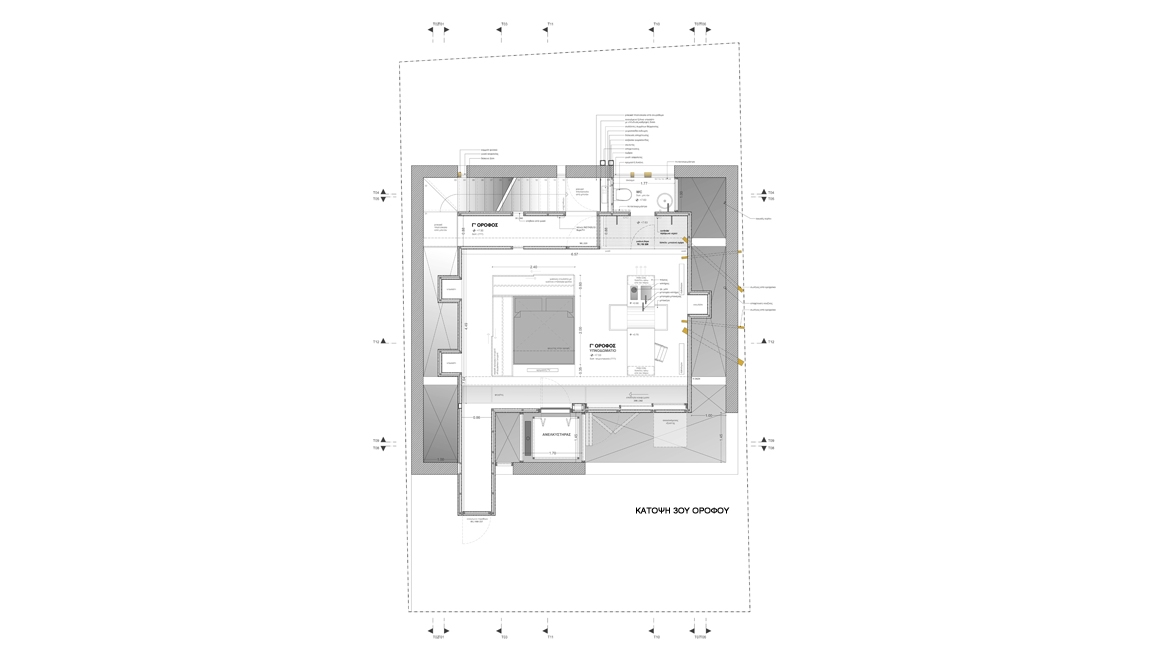 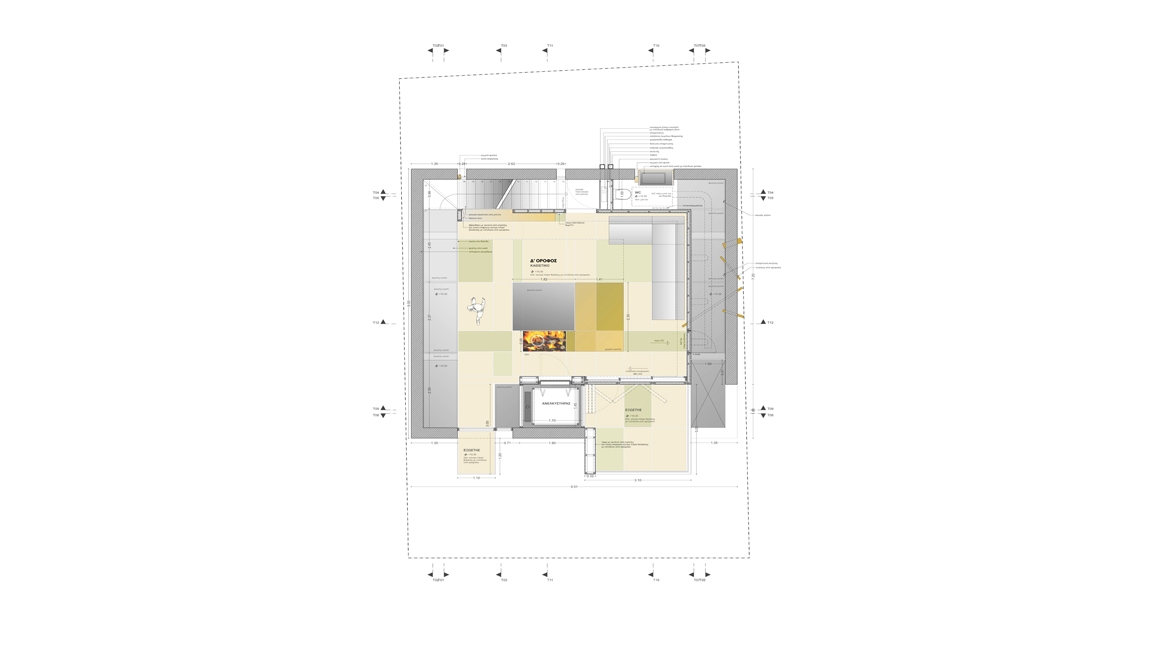 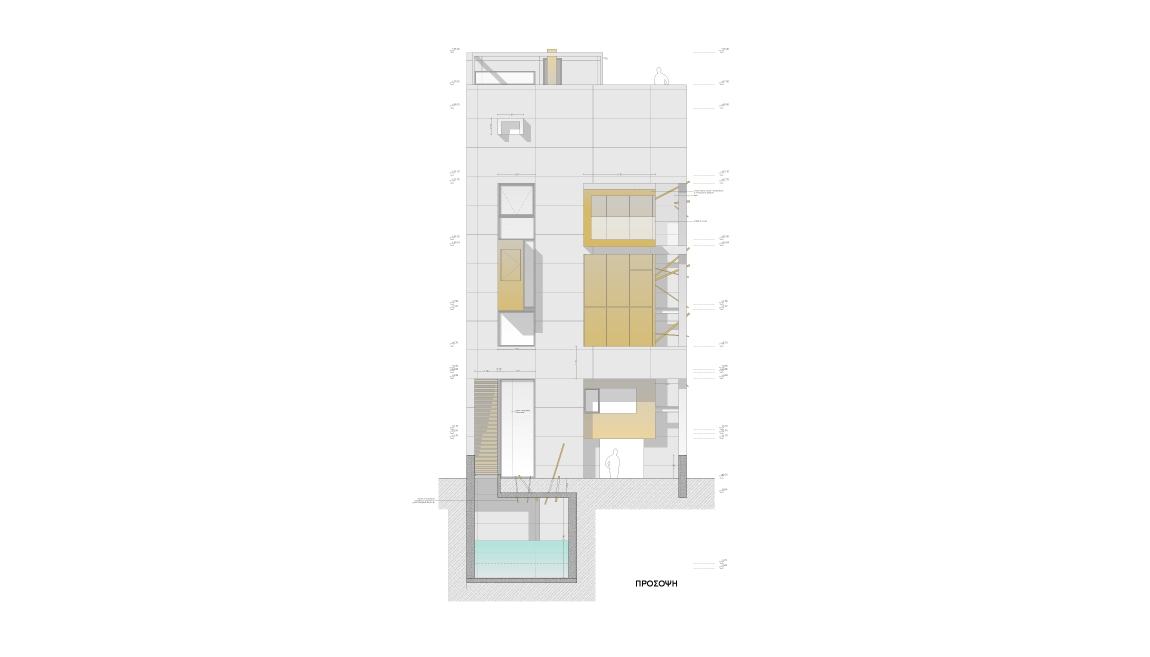 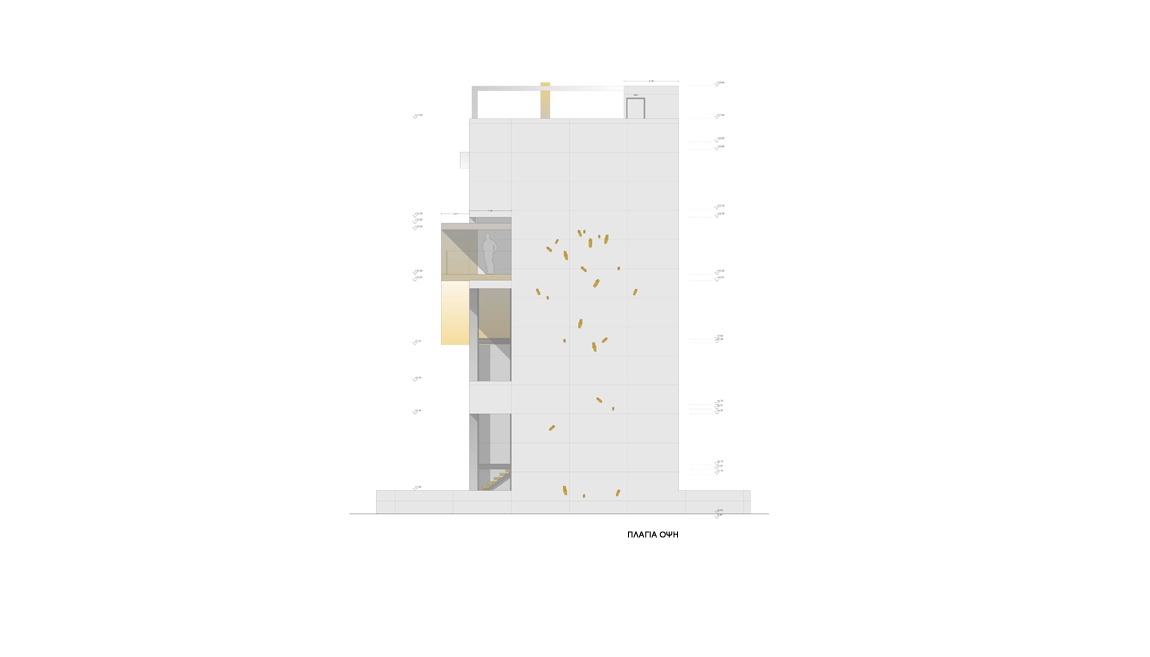 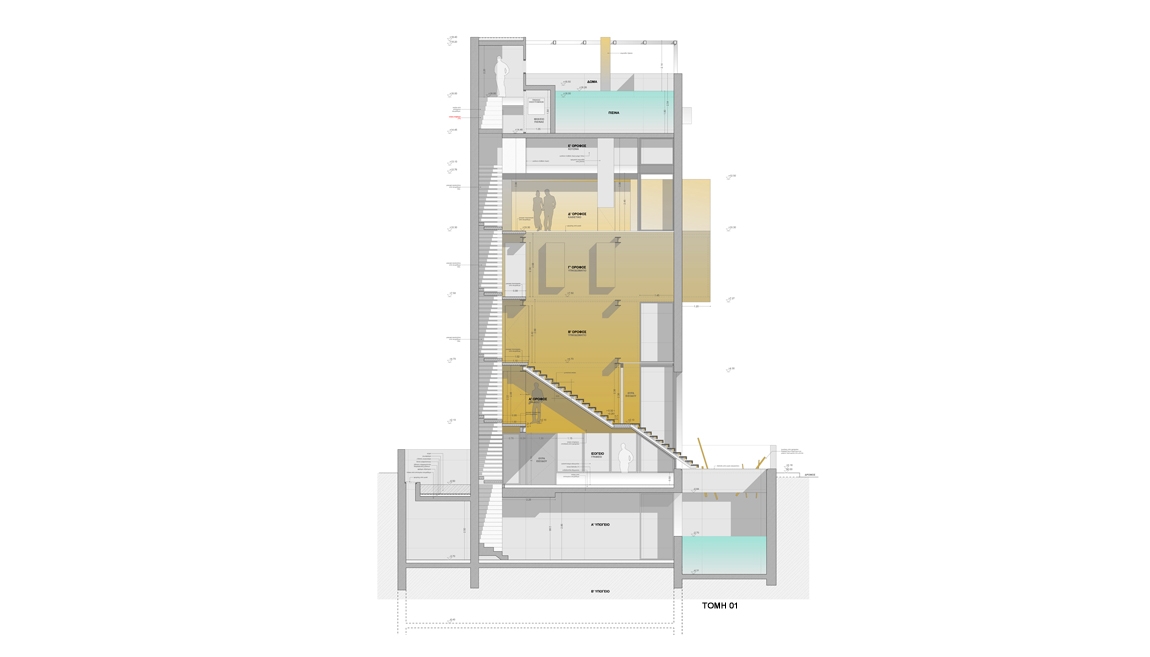 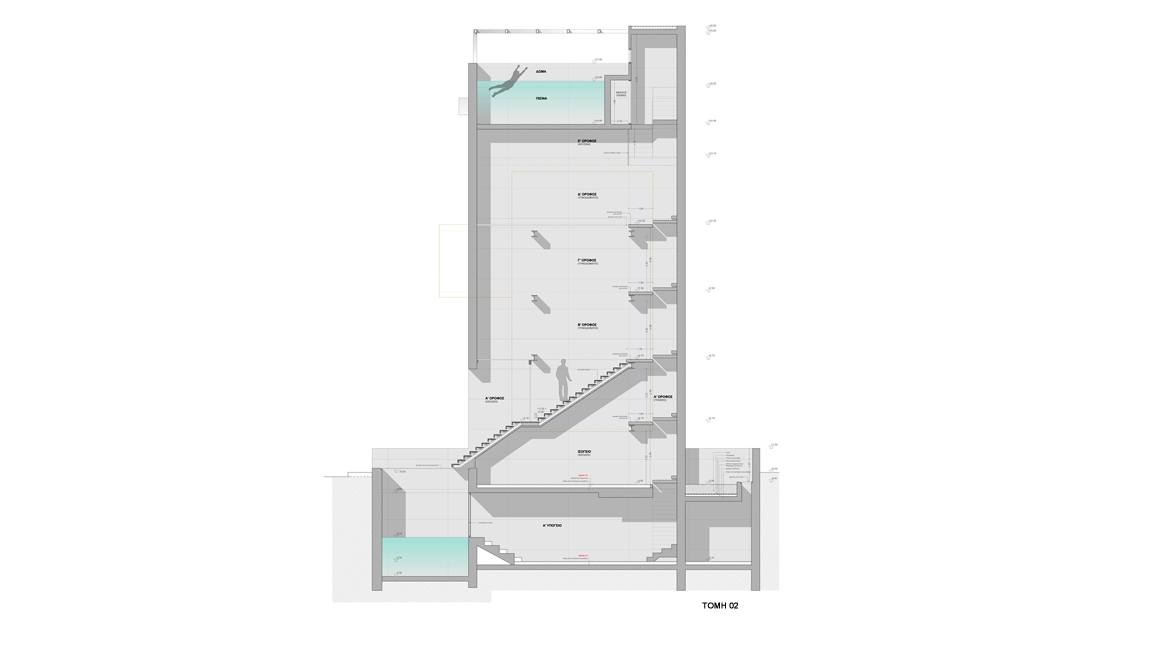 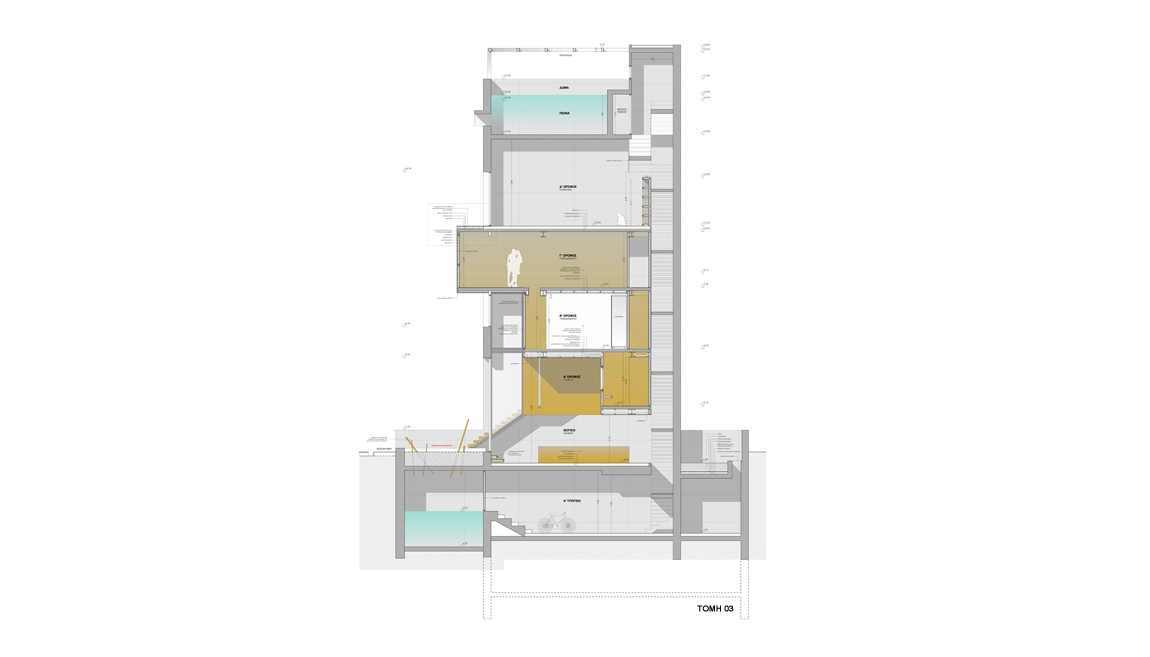 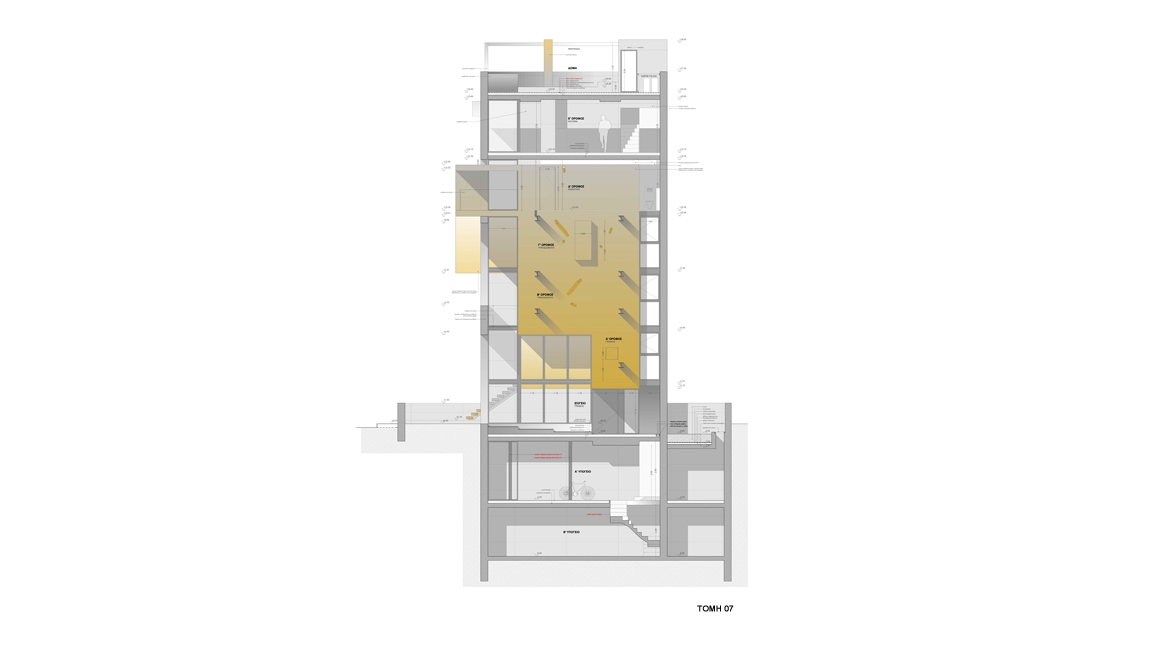 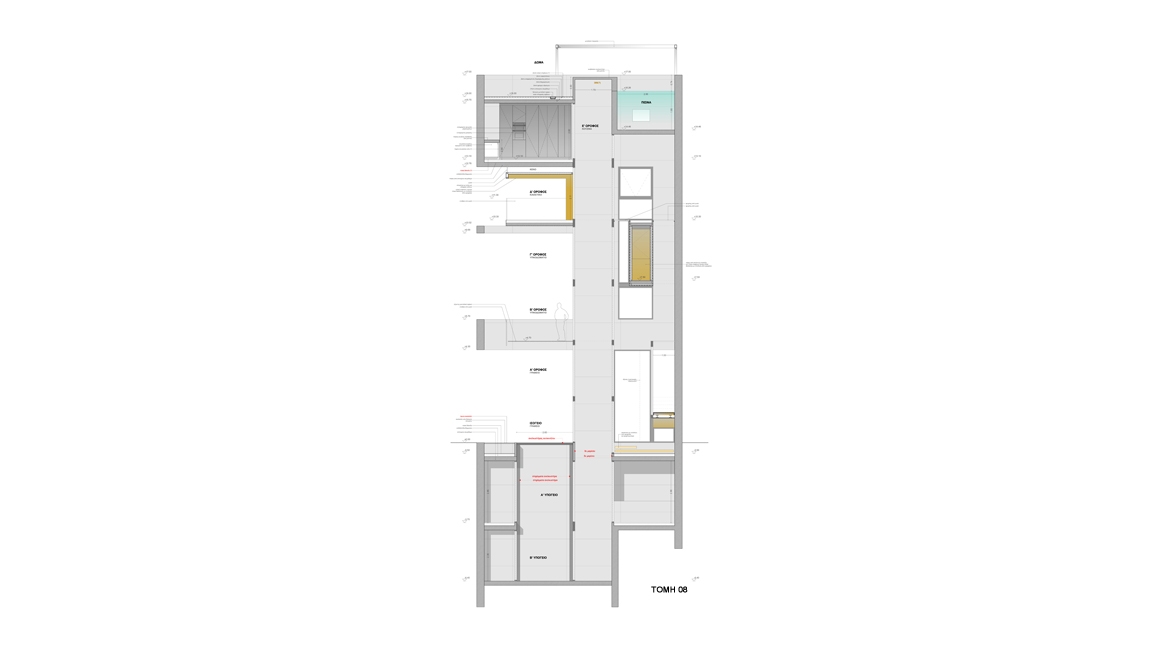 Can two architects design their homes autonomously, preserving their own architectural

The small residence expands vertically, distorts, while incubating another residence which is floating

consciousnesses and at the same time aspire to their harmonious coexistence? That was the

within it. The uses are divided as the two residences become one unified building. At the same time,

an intermediate space is formed in between the two that gains a specific importance. Balancing

houses that would finally be united! Initially the creation of the first house begins,

within this void, one can understand the depth and the height, touch the two buildings and sense

the outer shell and later on a second house is interweaved within it.