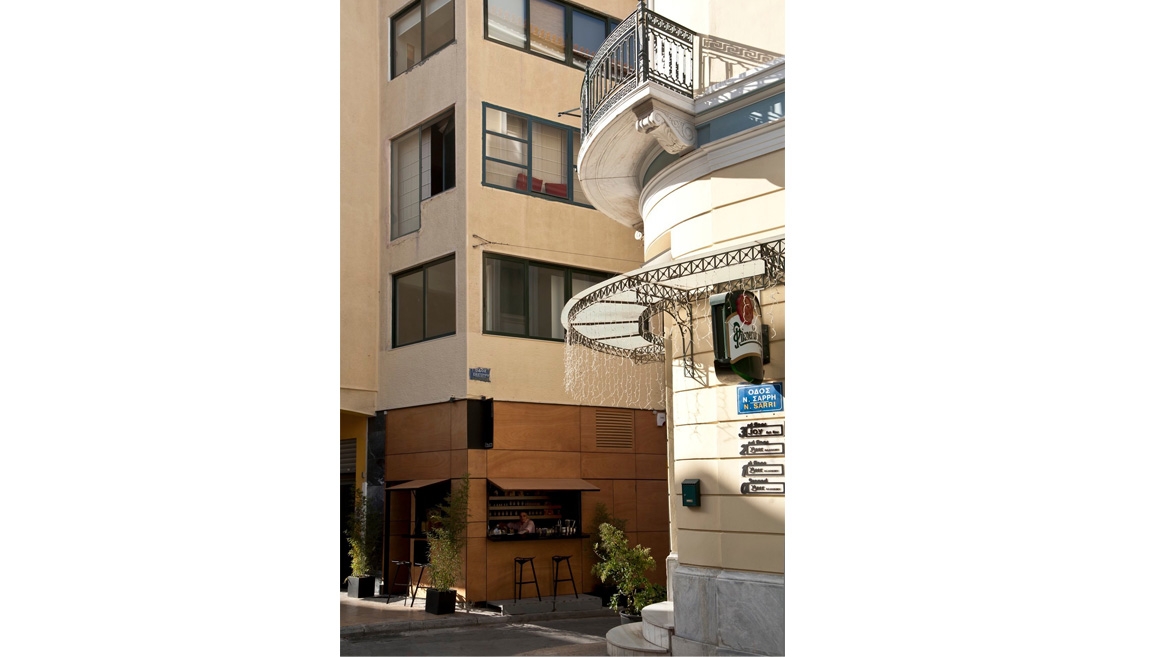 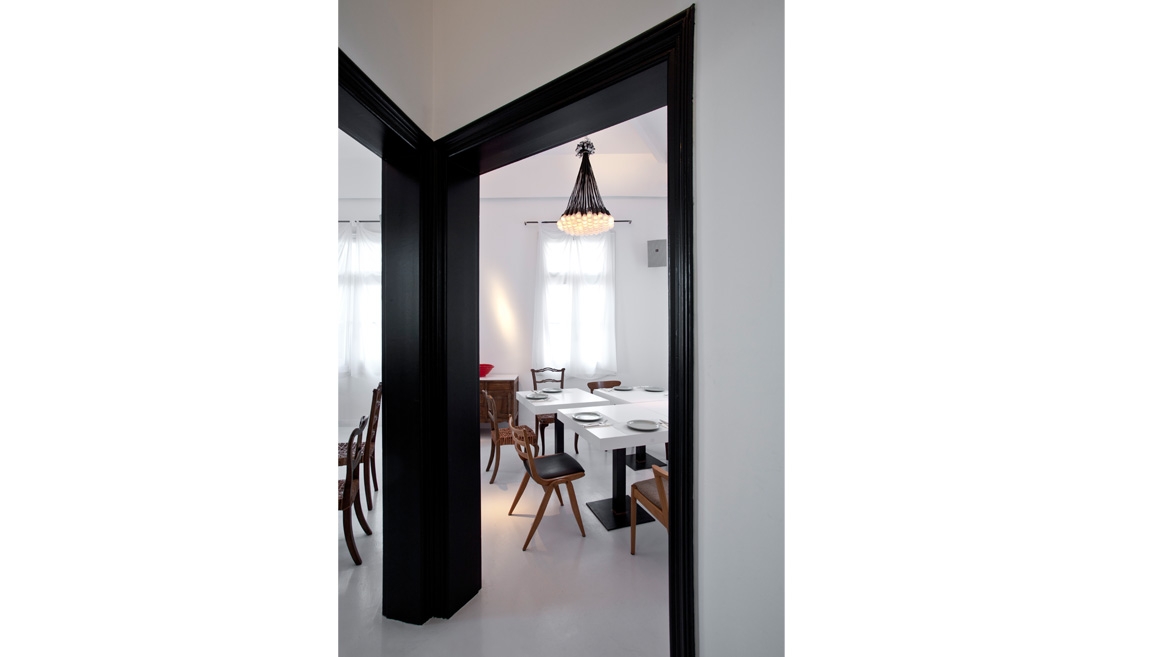 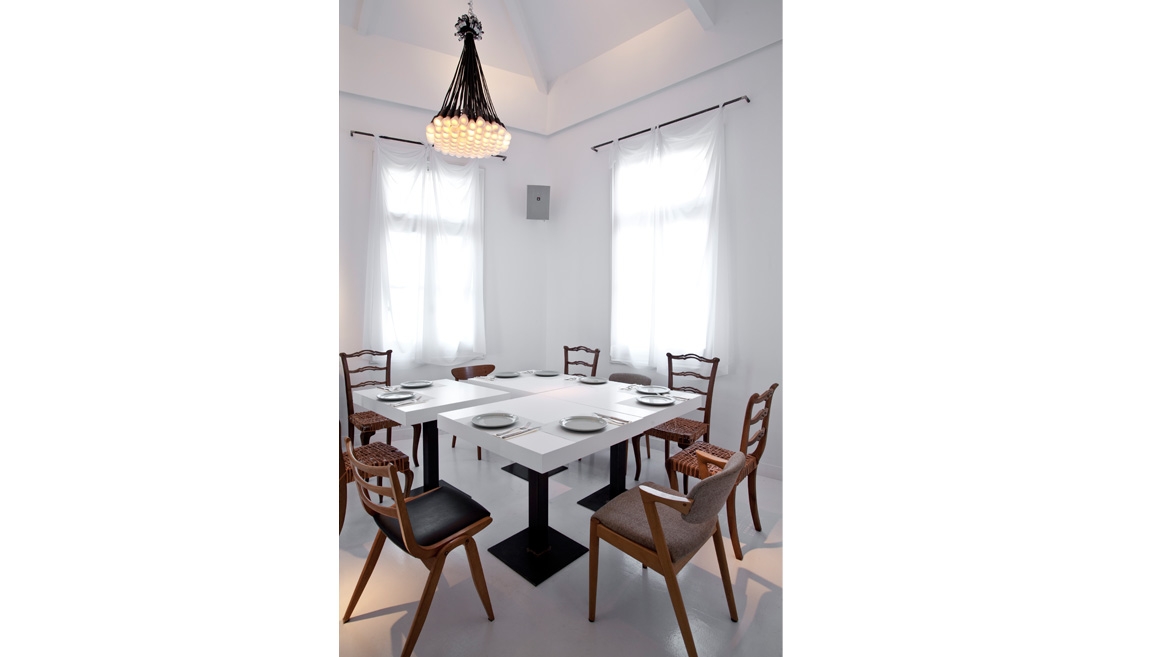 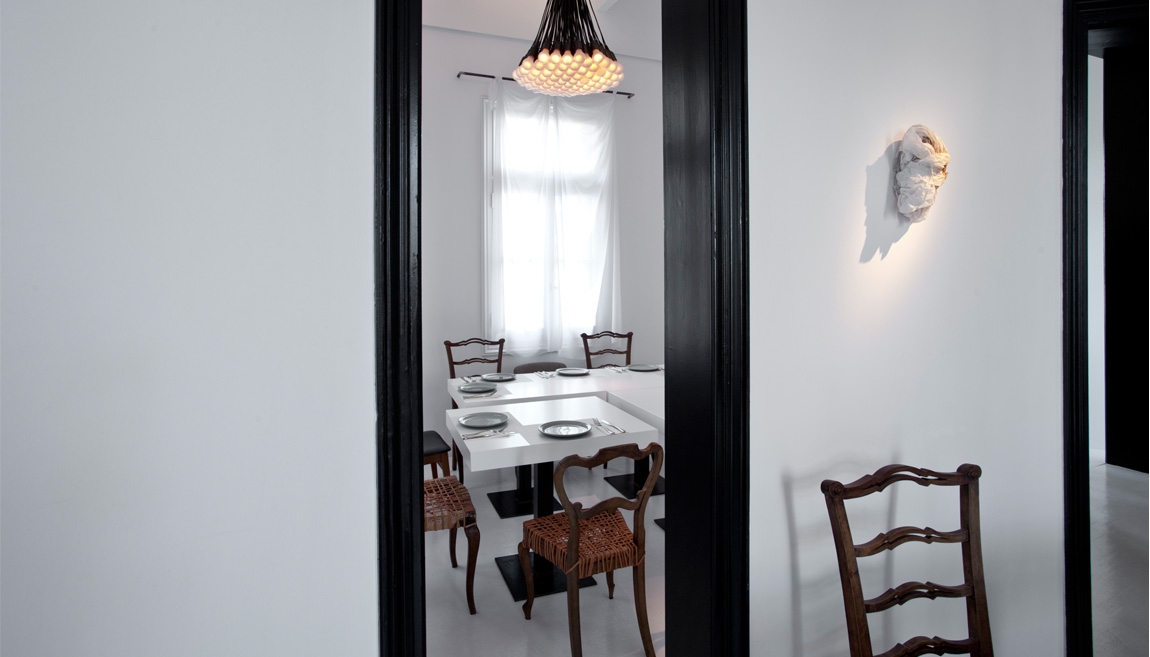 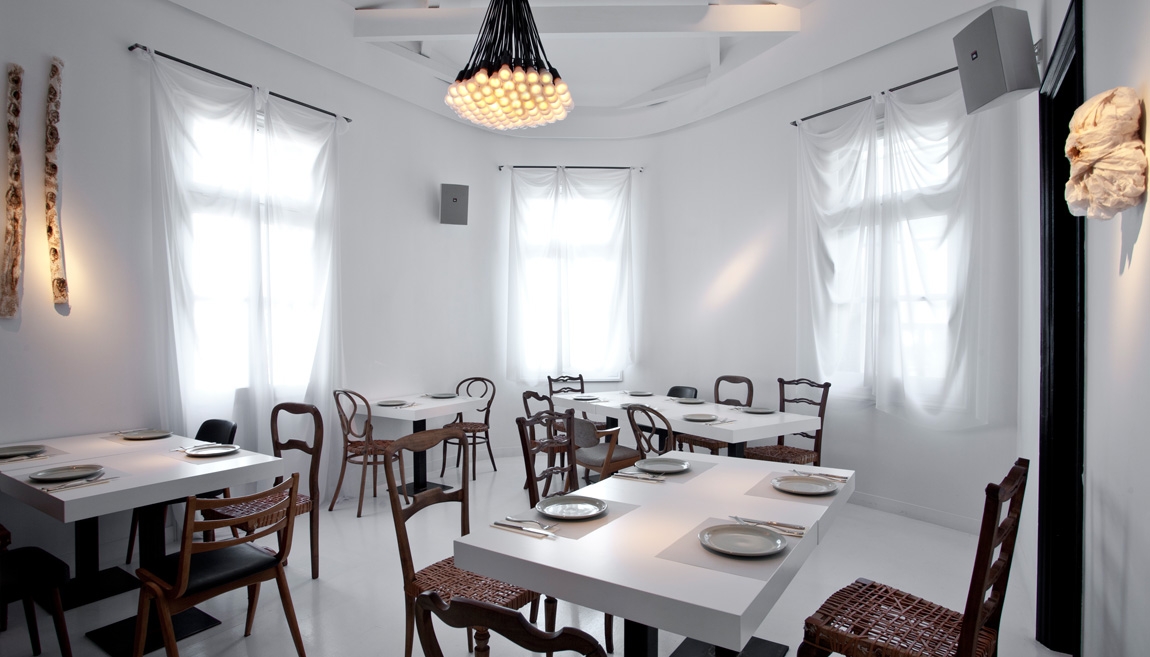 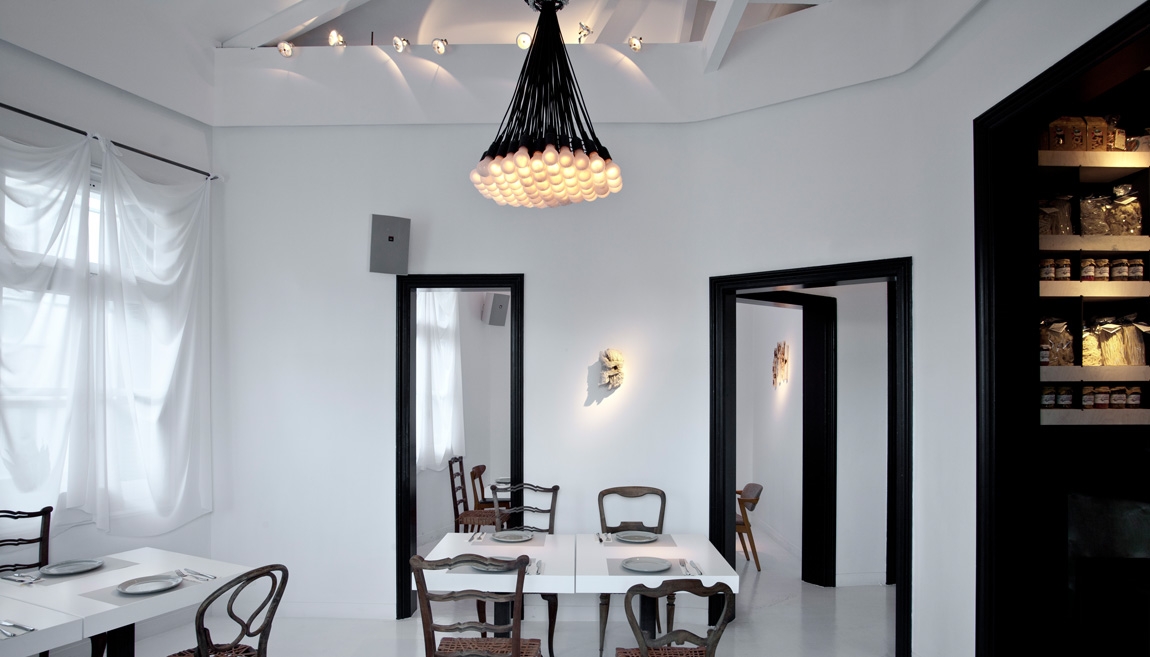 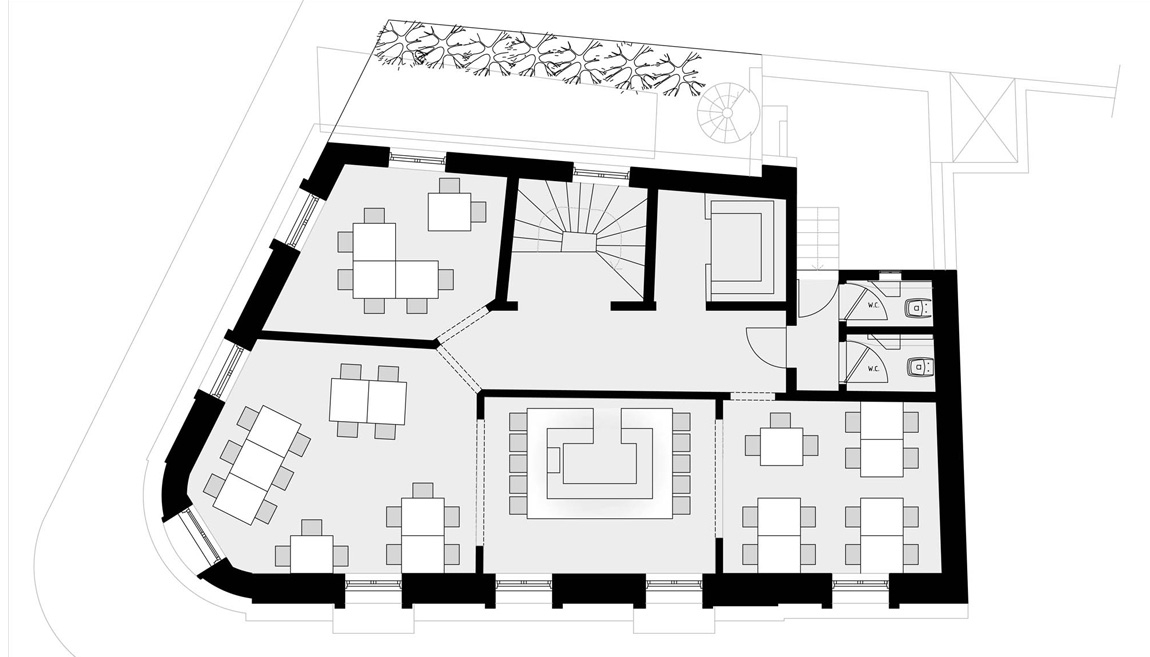 Architects Dionisis Sotovikis and Kirki Mariolopoulou together with Anastasis Sotovikis and Kwnstantina Batziou of Sotovikis+B, joined their forces in order to create
Il buco_deli + Italian restaurant, are located in Psirri, Athens’s up-and-coming district sometimes described as the Soho of Athens, Greece. The intension of the architects’ team was to capture the intense character of the area with a fresh and contemporary view.
Il buco_deli is just a 15sq.m corner shop and the concept was to treat it as a small box that opens up and closes on one of the main streets of the area. The benches open outwards inviting you to see and taste what’s inside. The deli was painted black so when closed it vanishes and becomes one with the rest of the street’s buildings. The deli was so small, that instead of a shop window or show case, the architects enhanced the notion of the “hole”, and that is where the name came from: “il buco” means “hole” in Italian. Everything that happens around the deli is to be recorded on its facades and that is why the architects used plywood, a material that even if it is used for graffiti or billposting it will retain part of its character.
Il buco deli was the inspiration for Il buco_restaurant that was designed at a later stage, on the third floor of the building across the street. The restaurant has three rooms around the central space that is the cocktail bar but also operates as a mini-deli. In order to create a connection between the deli on the street and the restaurant, but also to emphasize the different mood of this space to the rest of the restaurant rooms, the cocktail bar was also painted black with plywood shelves.
The rest of the rooms are much brighter with all the walls and floor painted white. The plain white tables with black iron centered legs are complimented with old wooden chairs that were bought from one of the many antiques shops of the area of Psirri. Some of them were given a fresher look with new seats made from woven leather strips. On the walls hang selected art works of Dionisis Sotovikis made from tracing paper, water and fire. This play between the old and the new leaves visitors with a warm nostalgic feel, which is very characteristic of the local atmosphere.