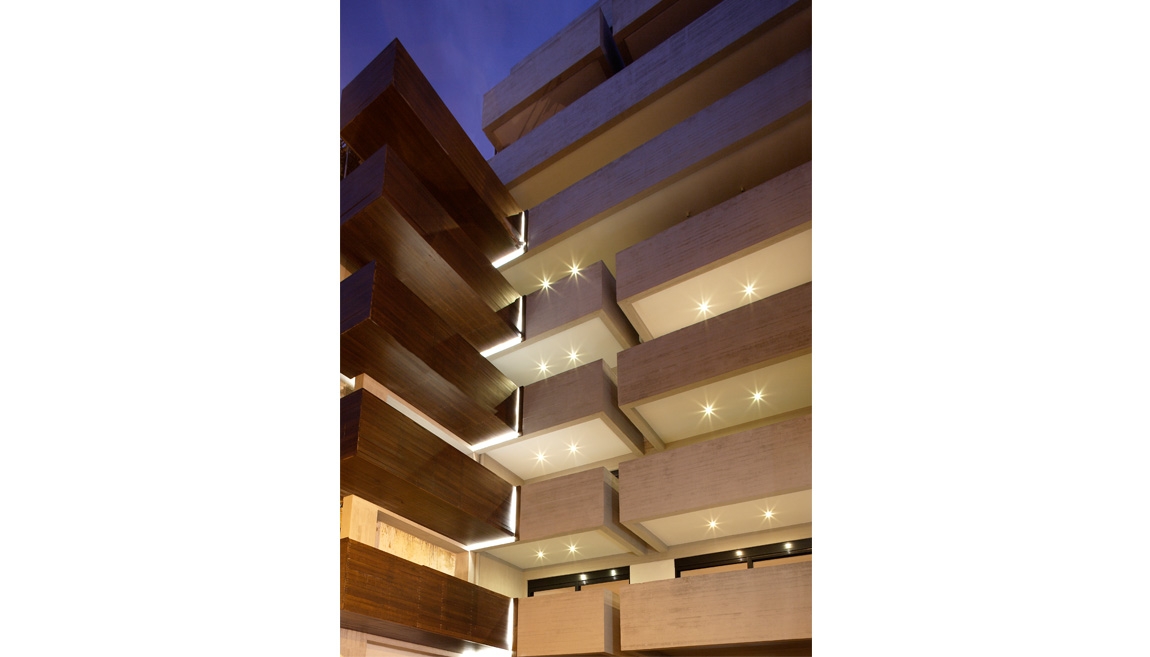 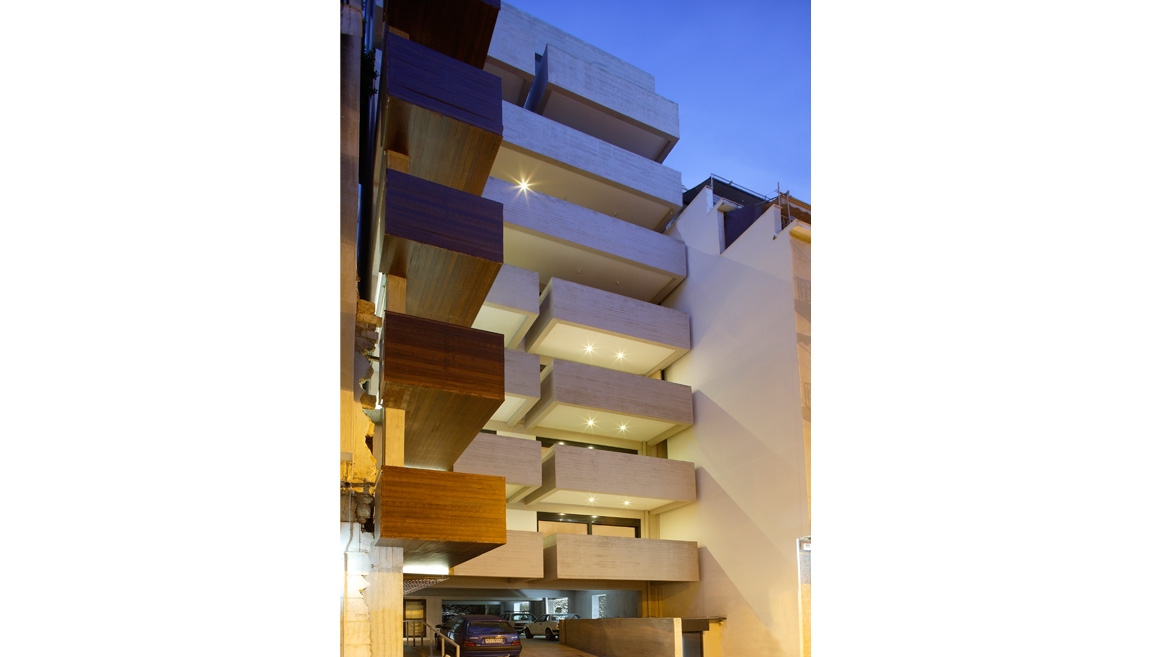 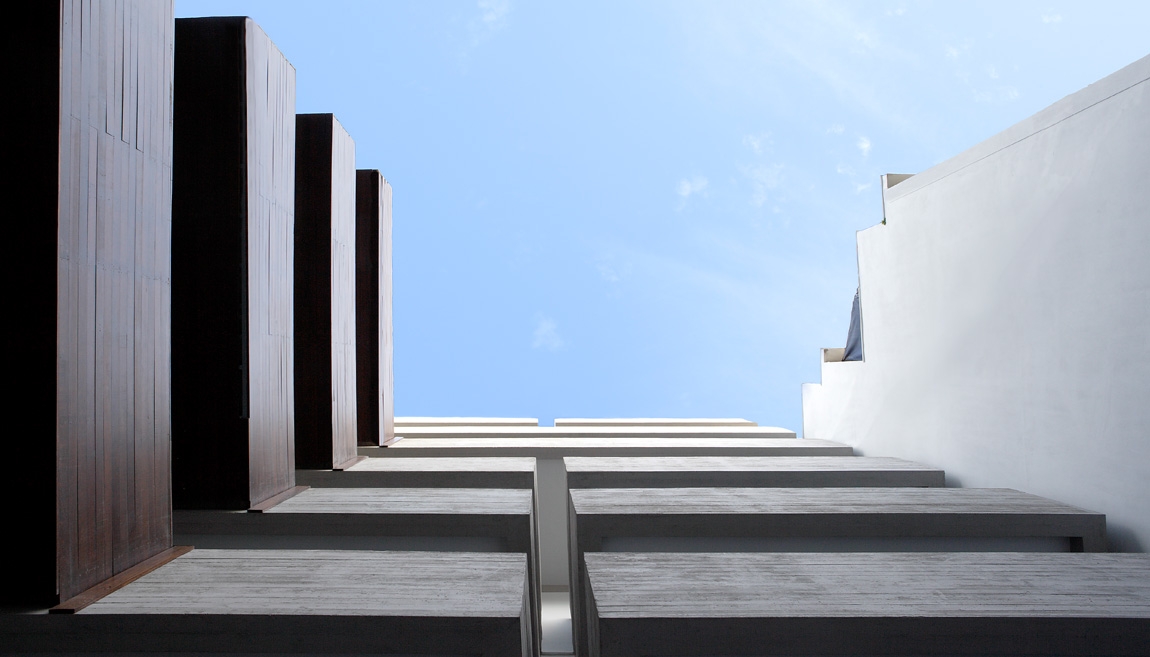 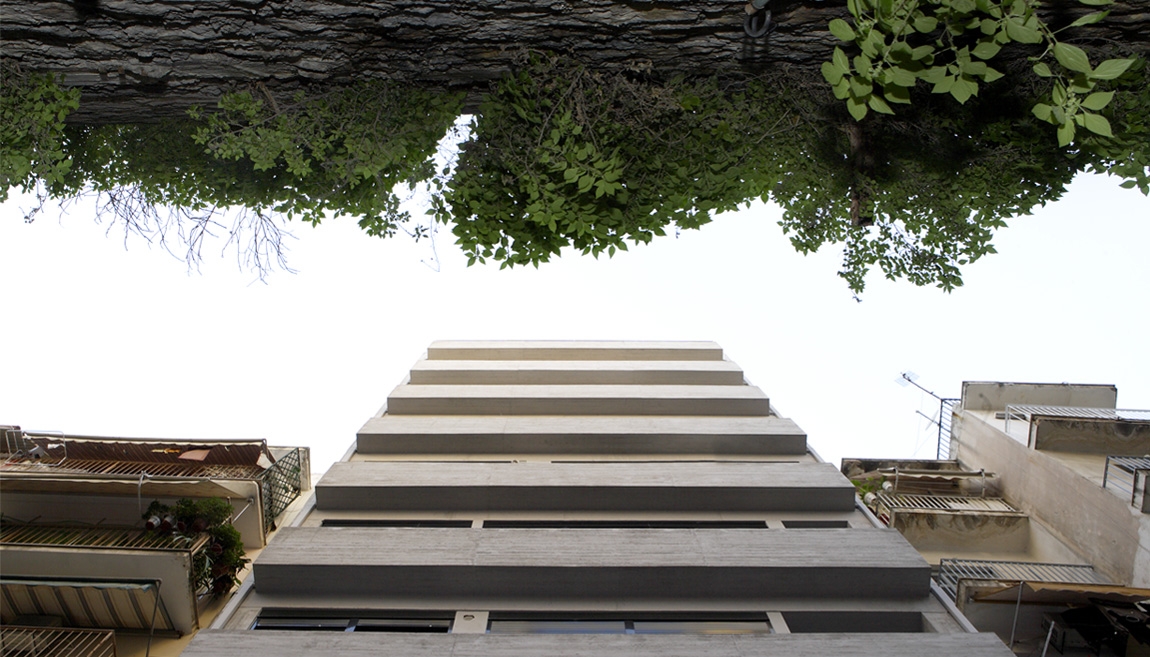 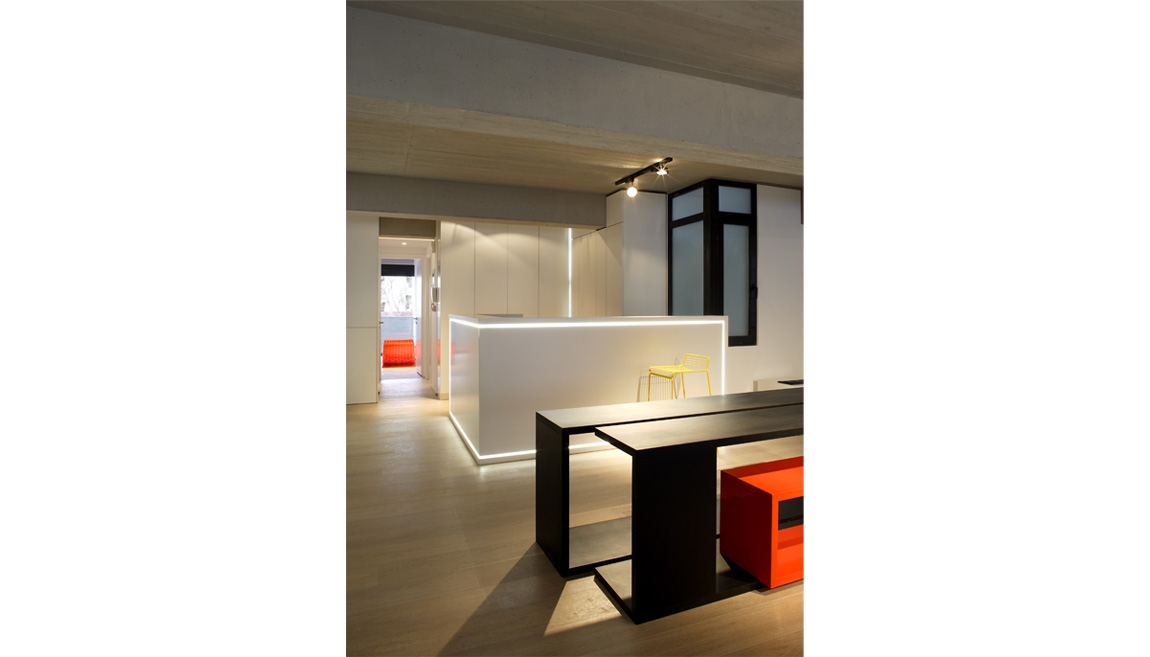 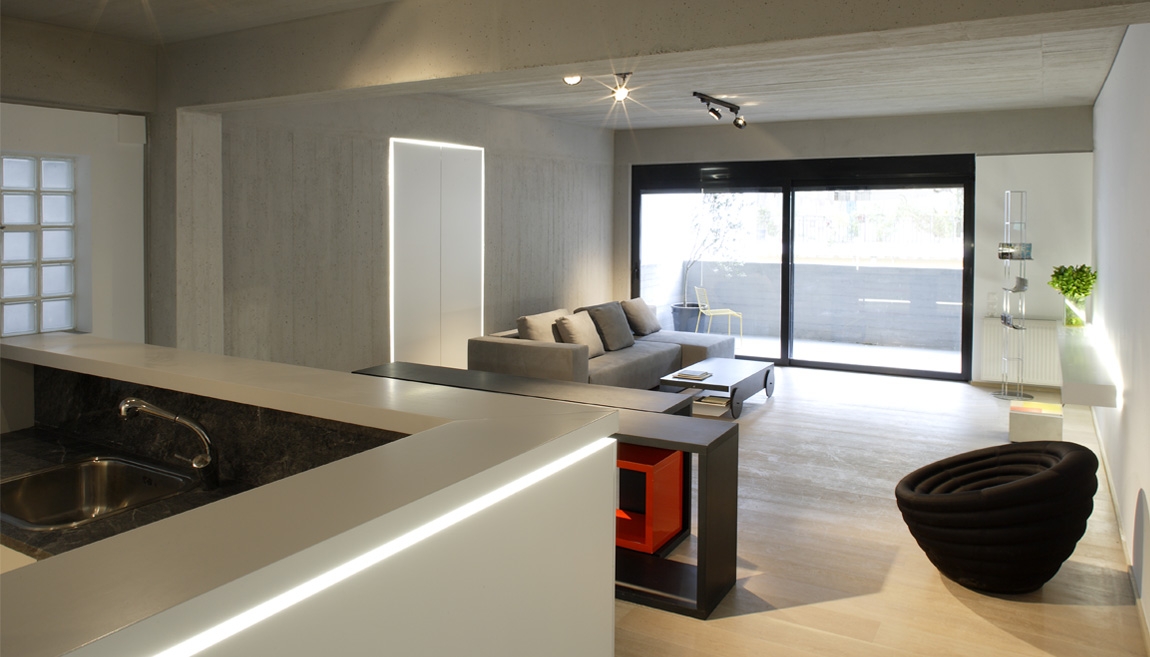 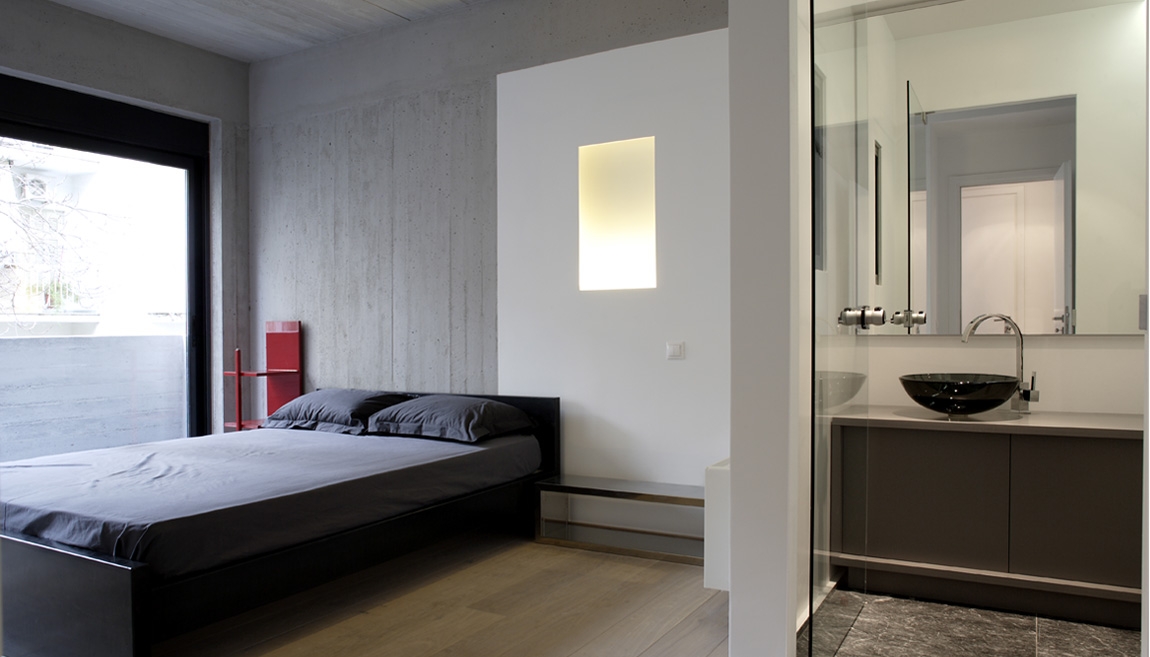 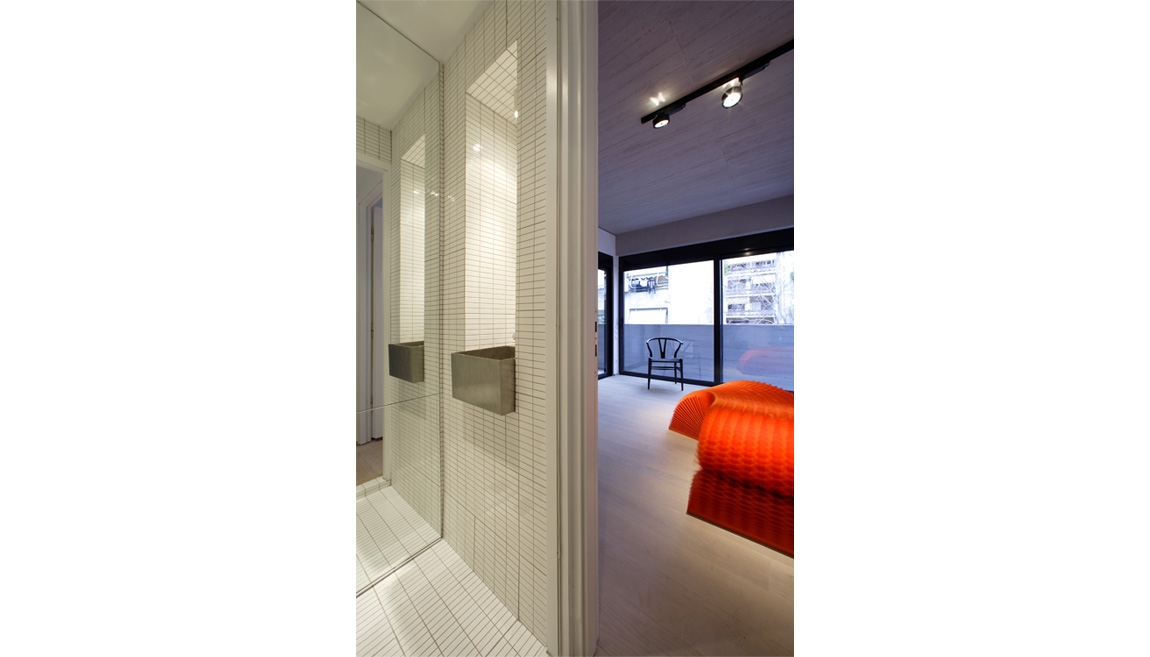 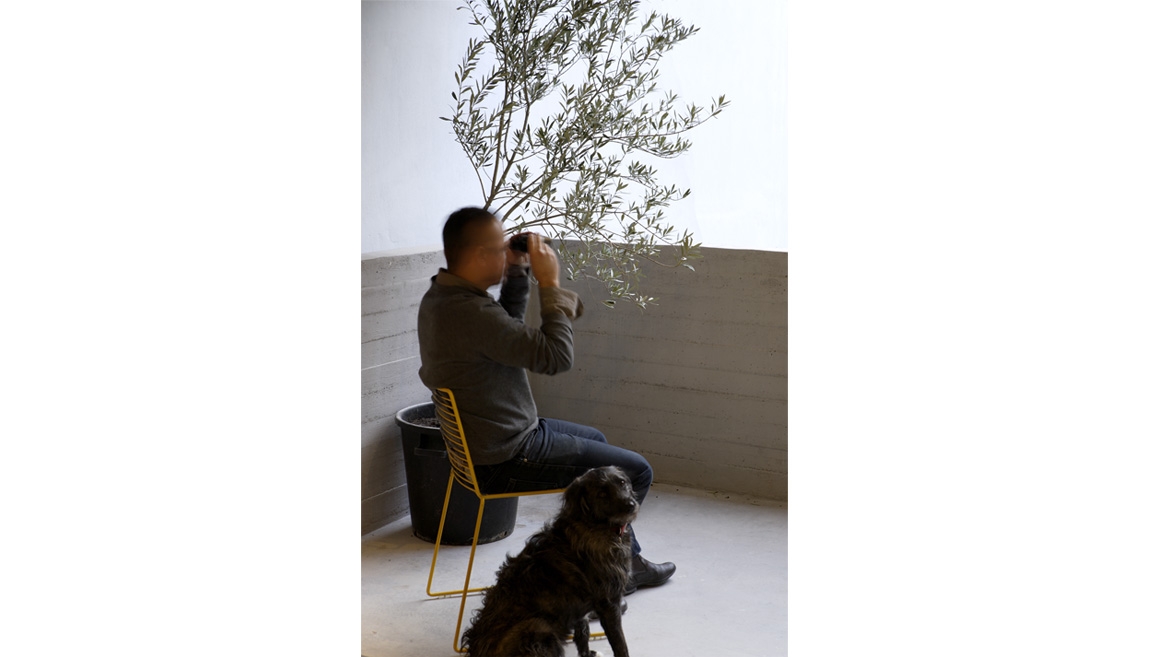 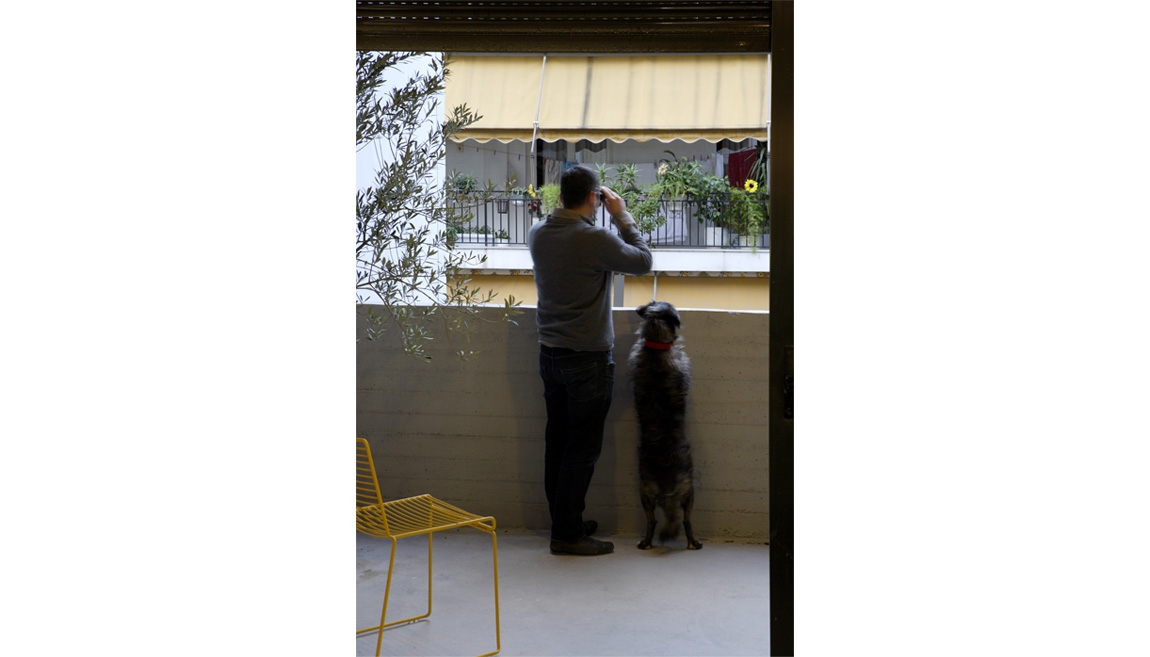 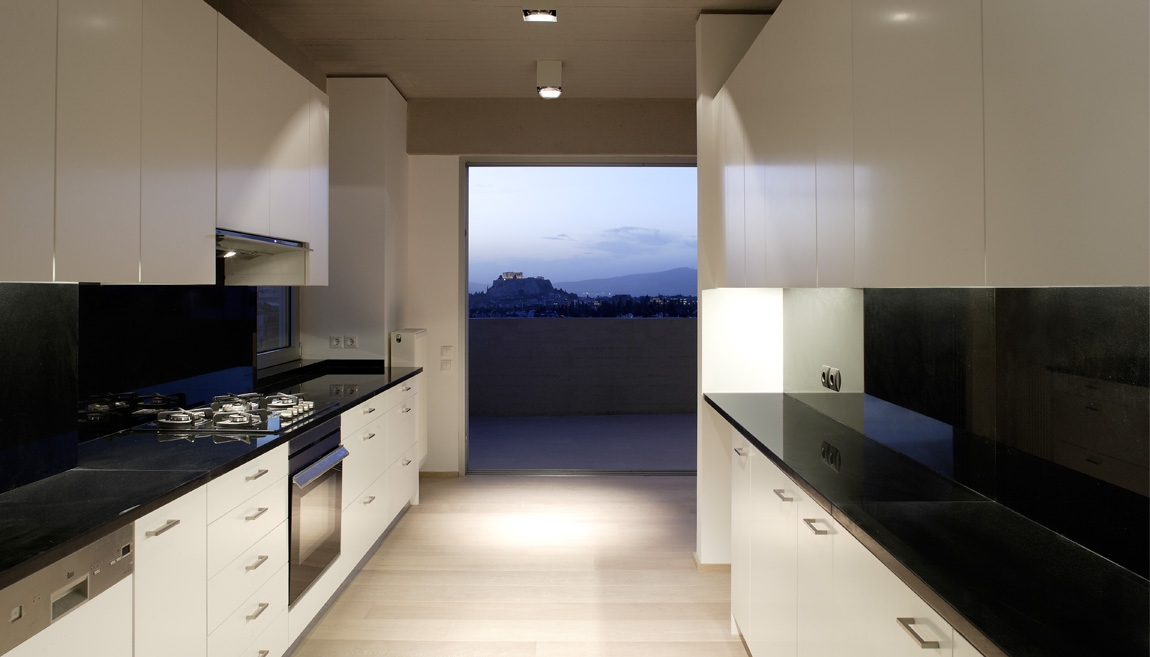 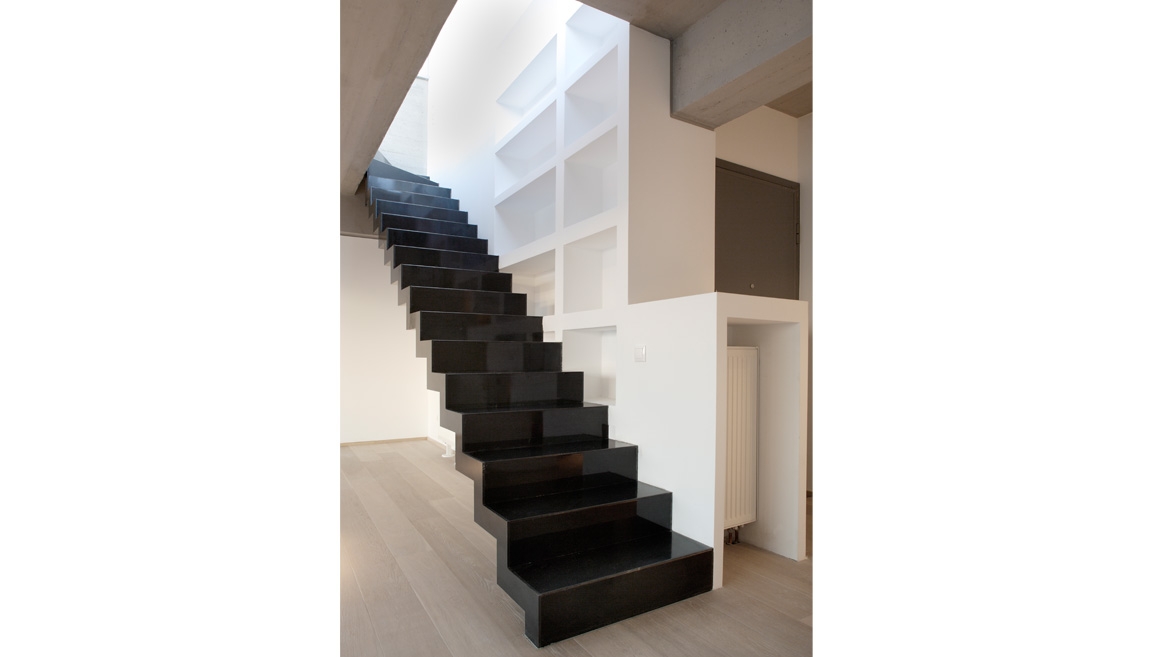 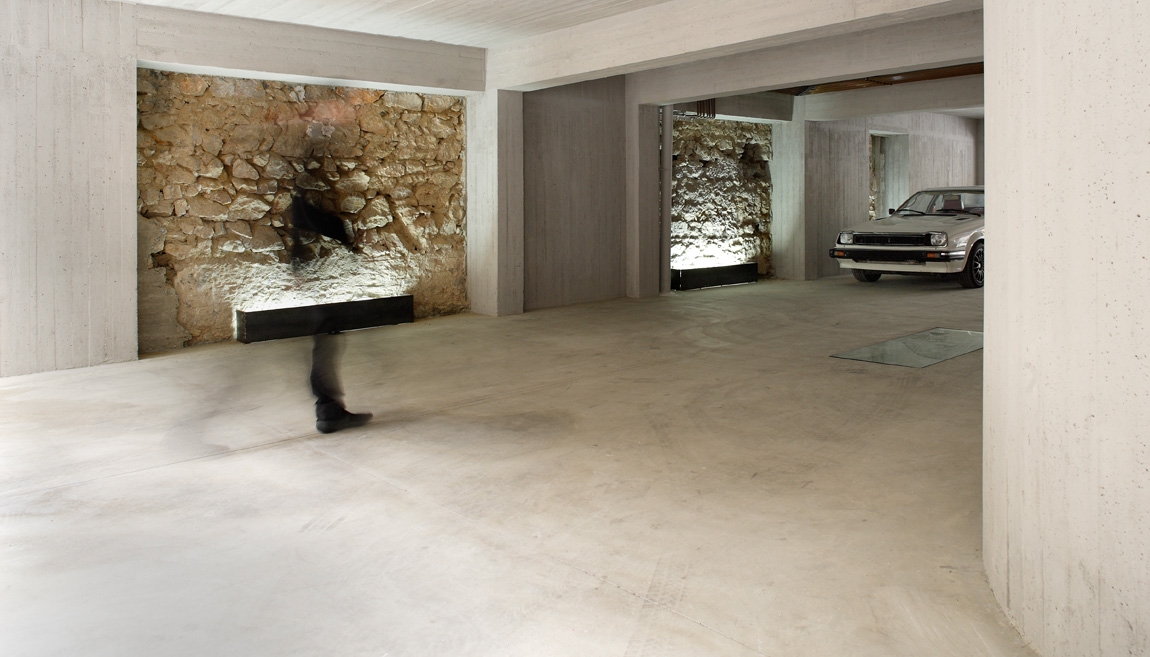 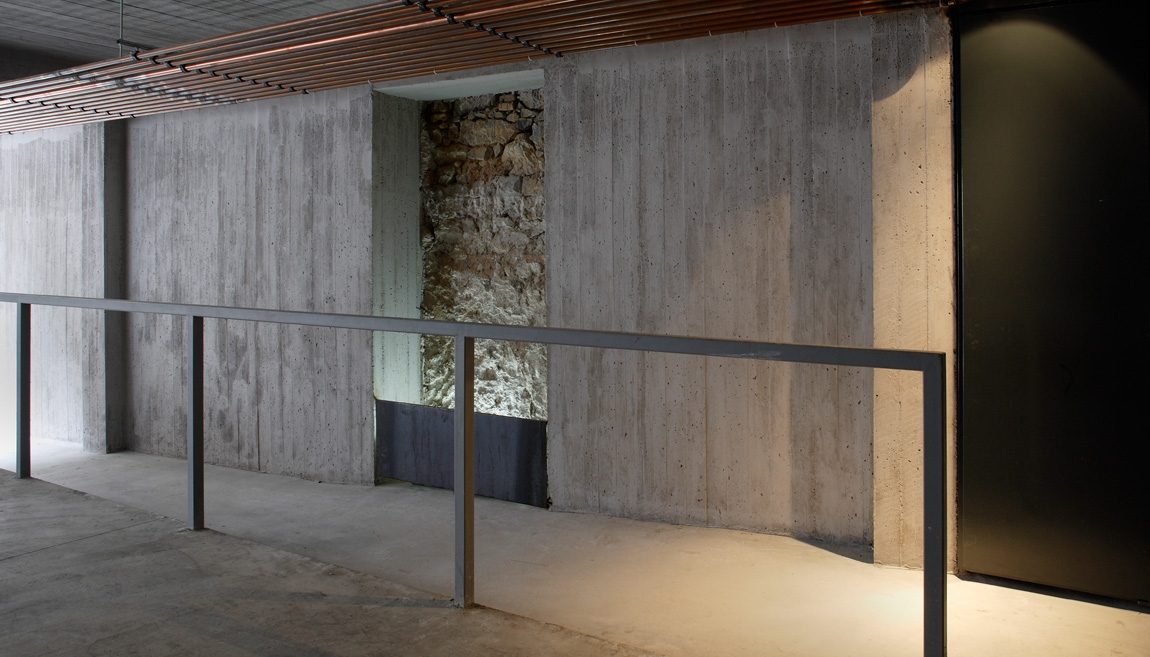 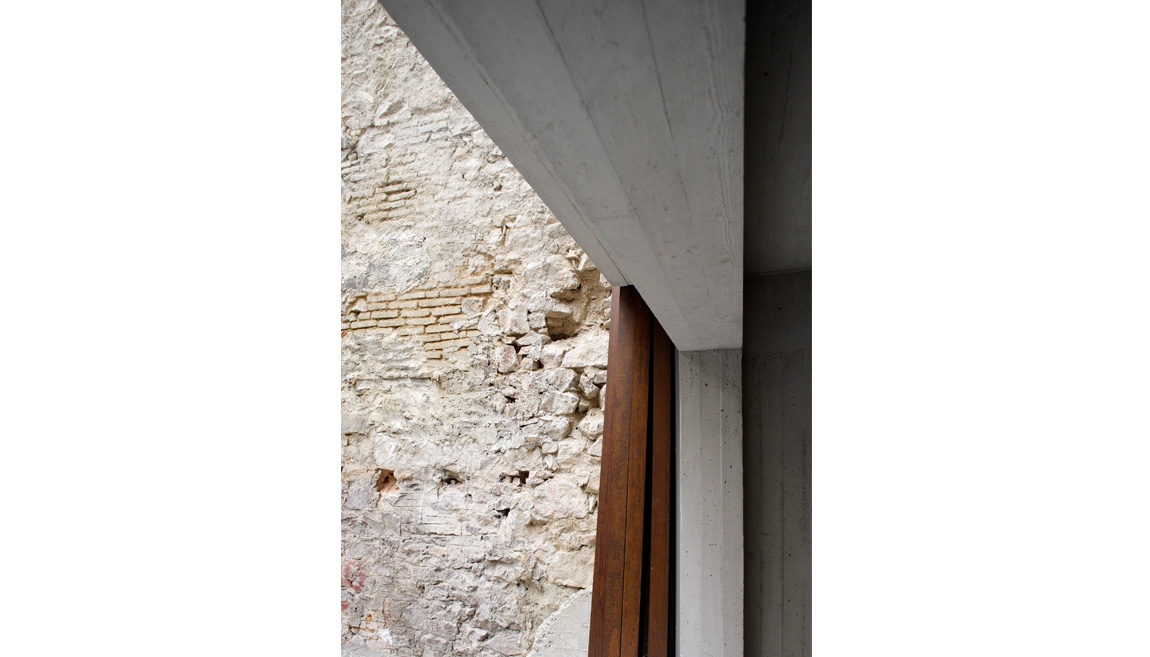 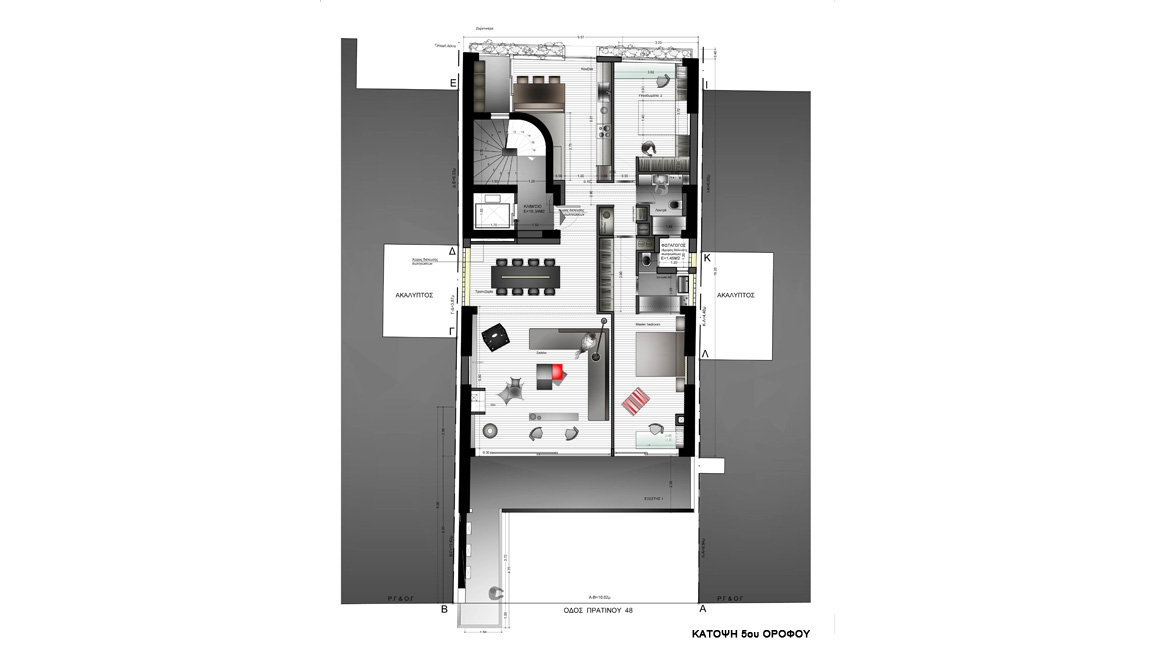 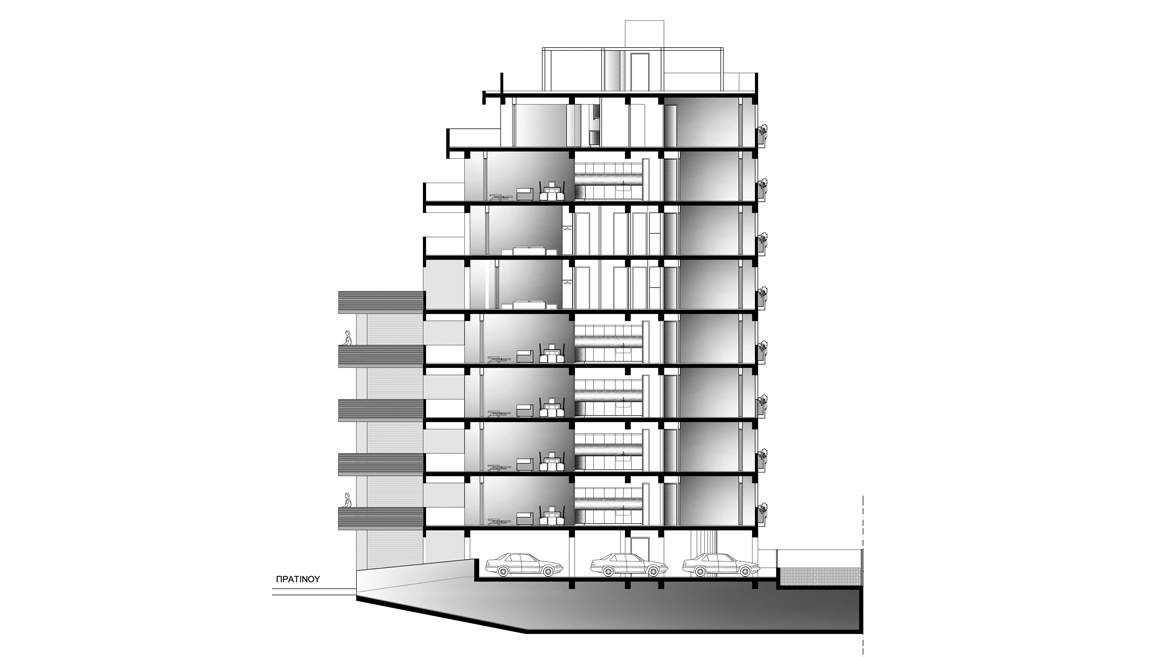 The design thinking process for this eight storey apartment building began with a challenge: how one can build within an already densely populated area, the neighbors of which, however, still say “good morning” to each other. In this particular plot of land there was one of the oldest bakeries, a point of reference to the neighborhood, so in an effort to embrace old memories of the previous building and create a notion of continuity, traces of the old walls remain exposed as much as possible in the pilotis of the new building.

The new building steps back from the street elevation. Though creating a void in the row of the neighboring street facades, at the same time, this move offers the building’s inhabitants more space in front of them. Although the building retreats, the aim is not to disrupt the existing built environment, thus it gestures with a “hand”-balcony towards the street and the buildings around it, inviting the inhabitants to participate in a symbolic dialogue.
The main structure of the building is out of untreated reinforced concrete both on the facades and on the inside surfaces, while the cantilever balconies are lined with wooden boards, not only to emphasize their differentiation of the rest of the building, but also to underline the construction process of the untreated concrete.