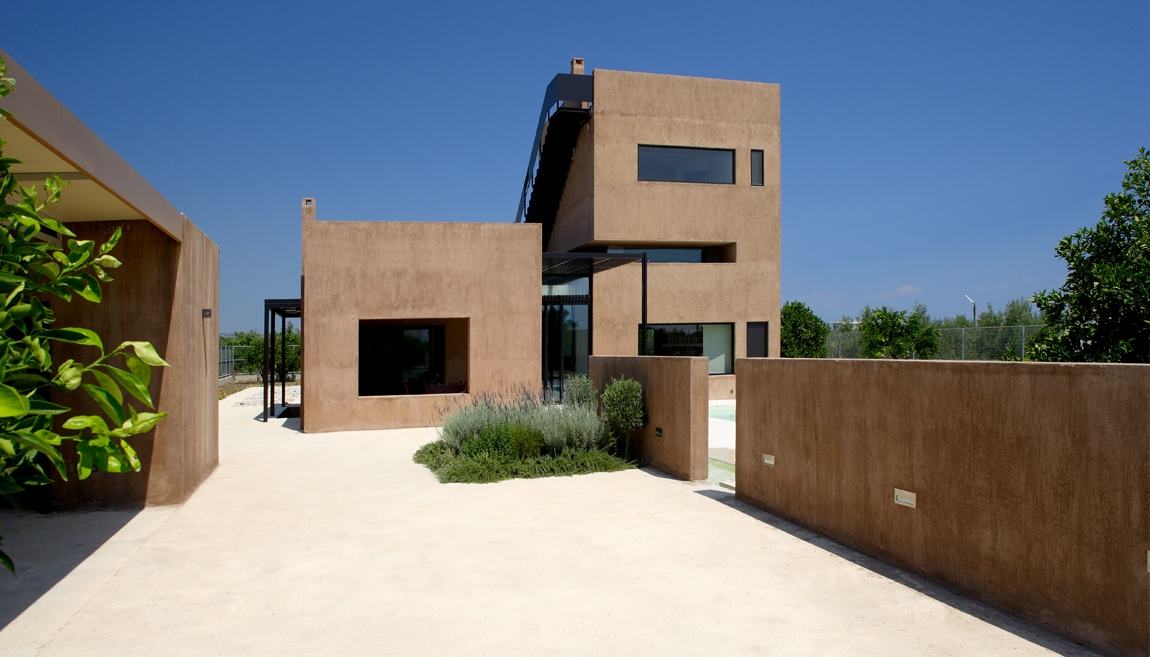 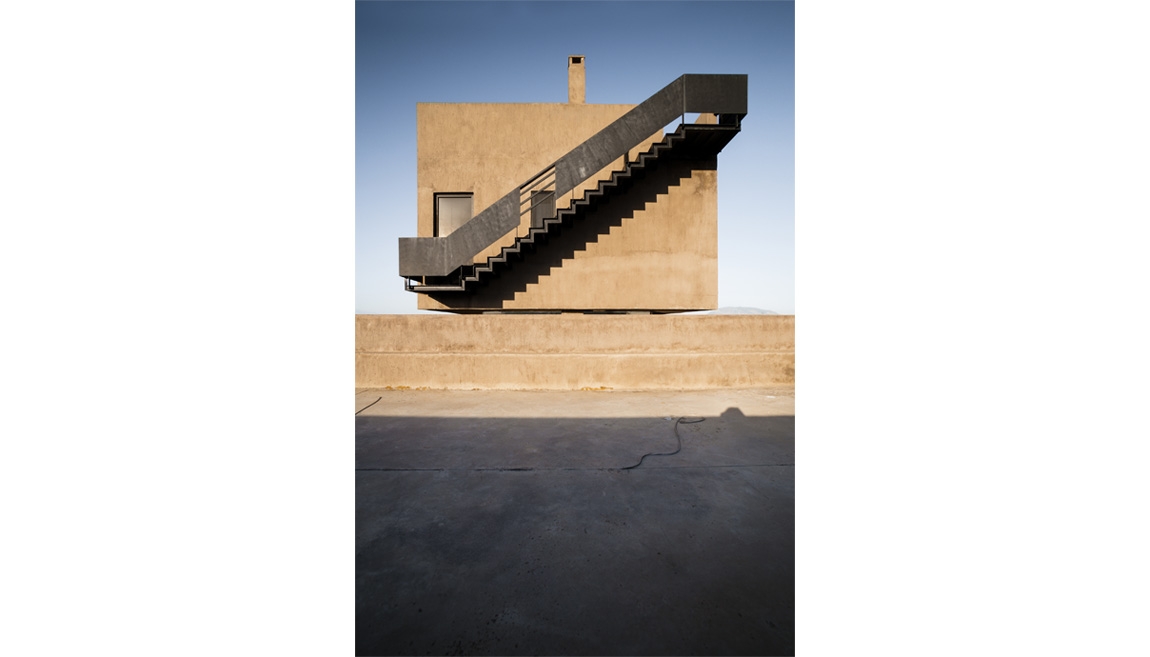 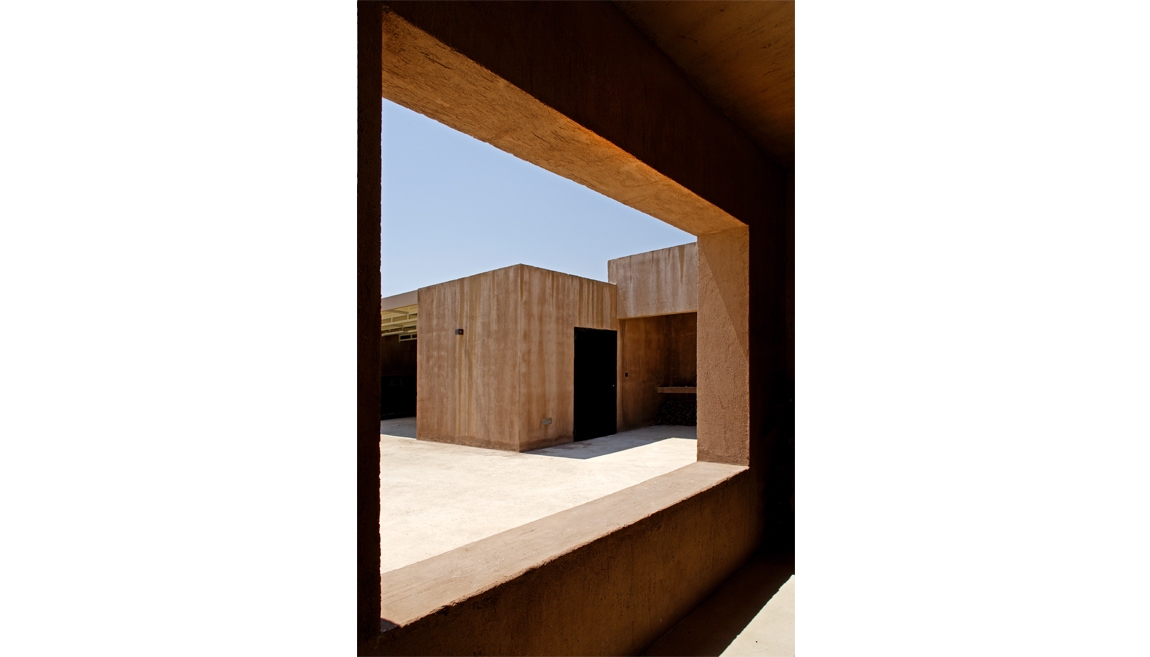 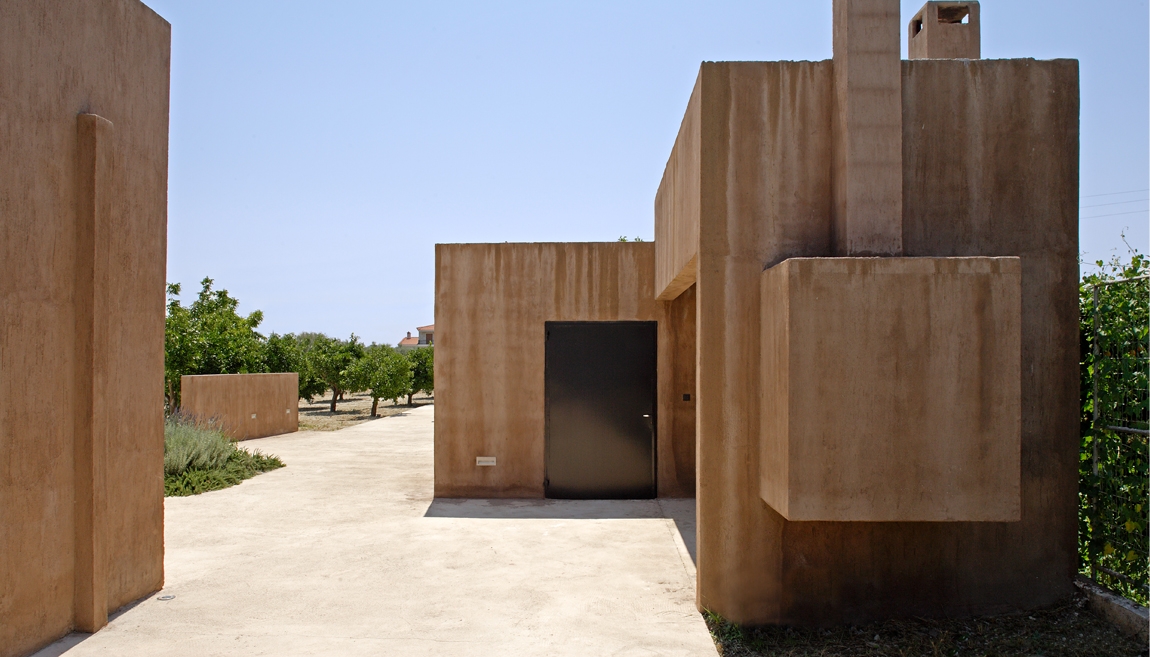 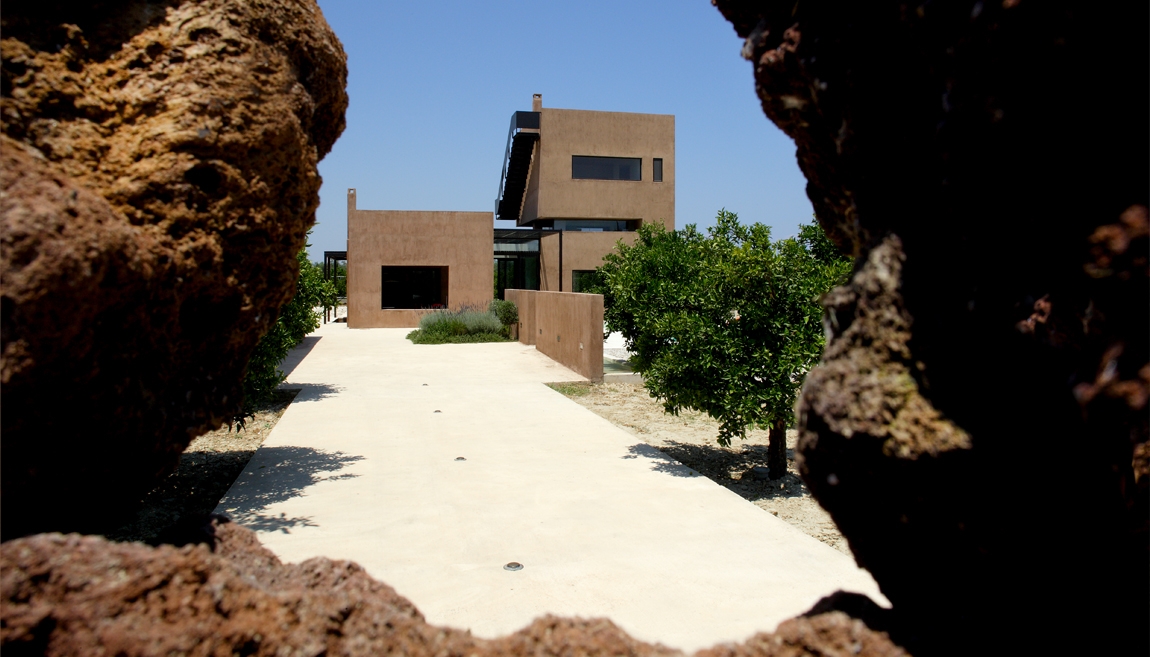 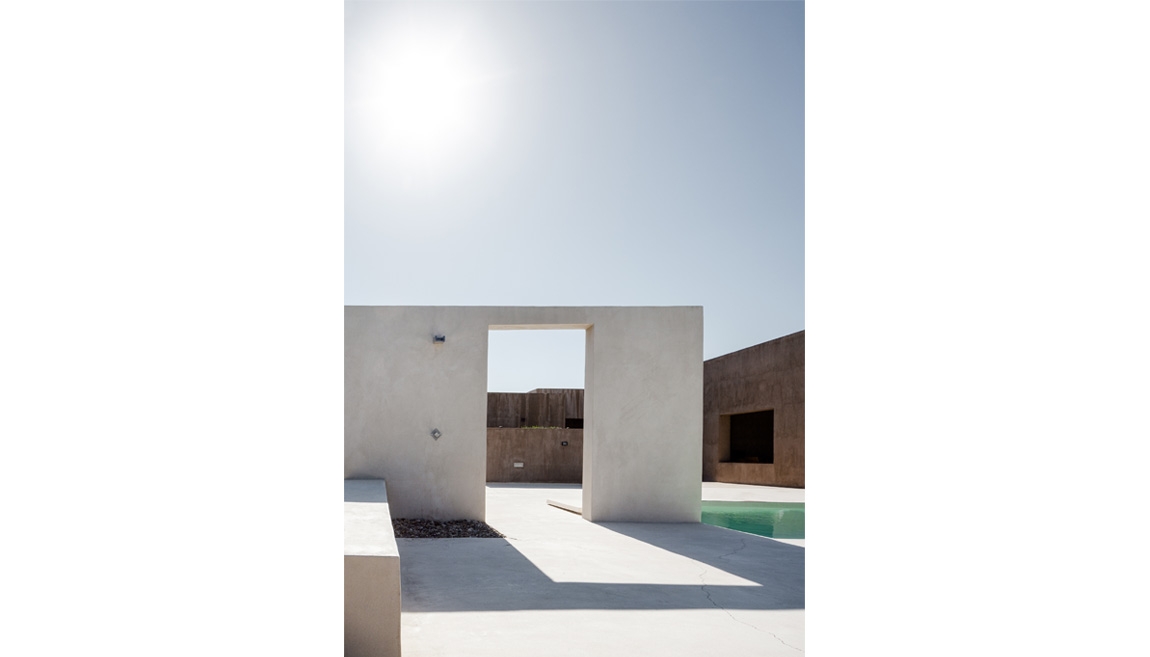 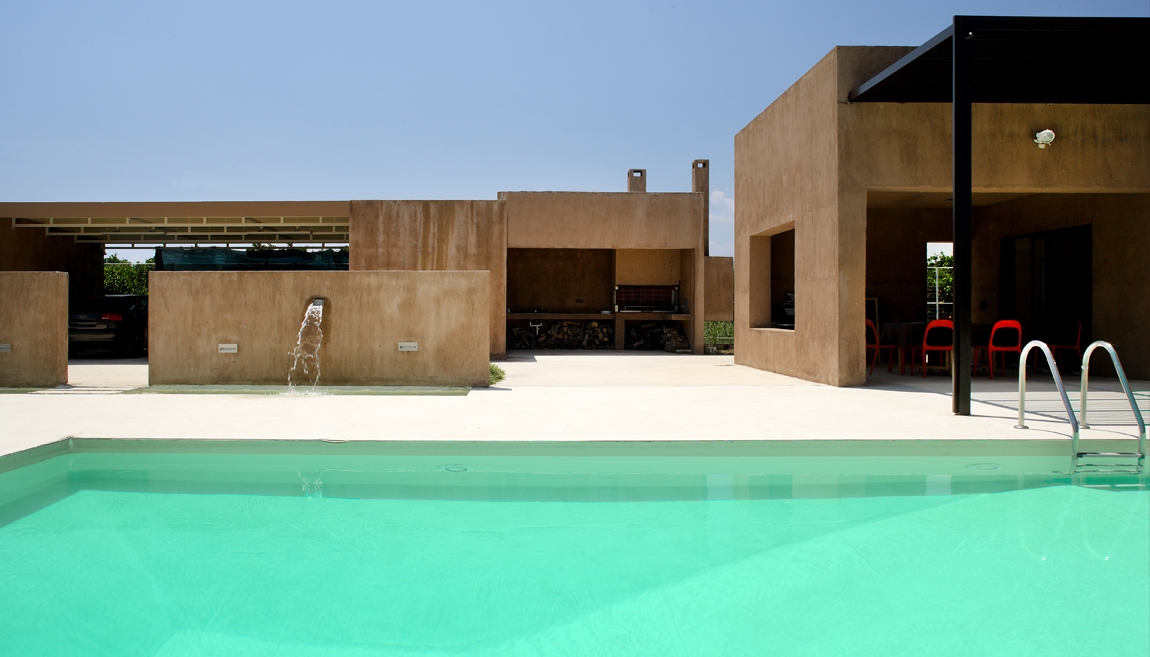 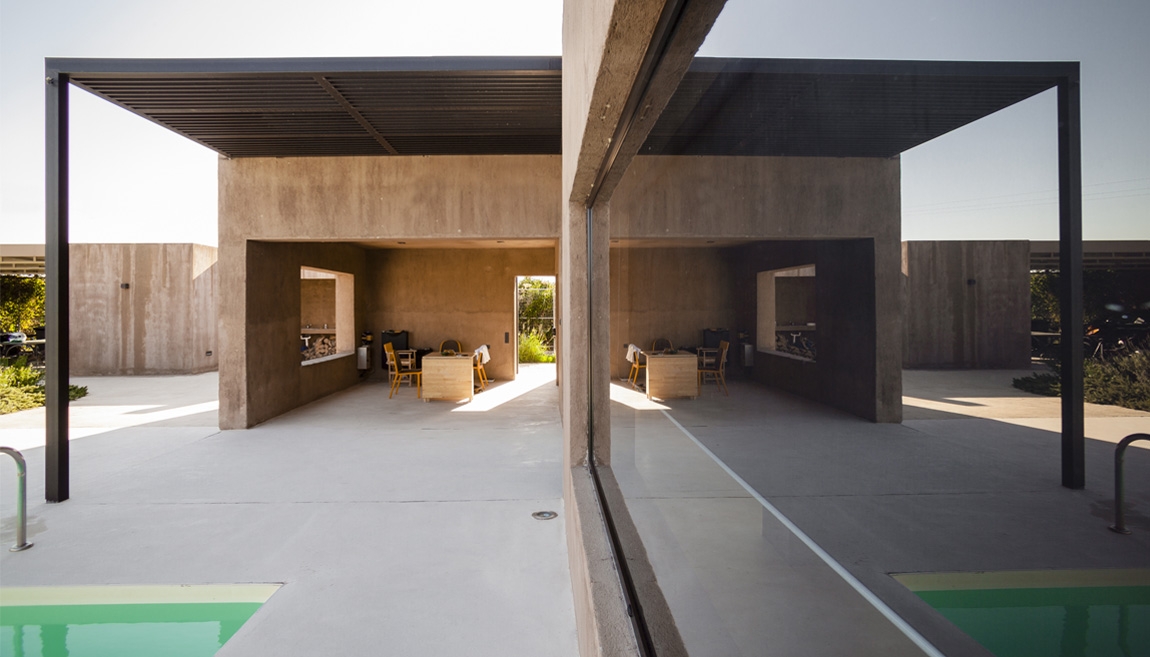 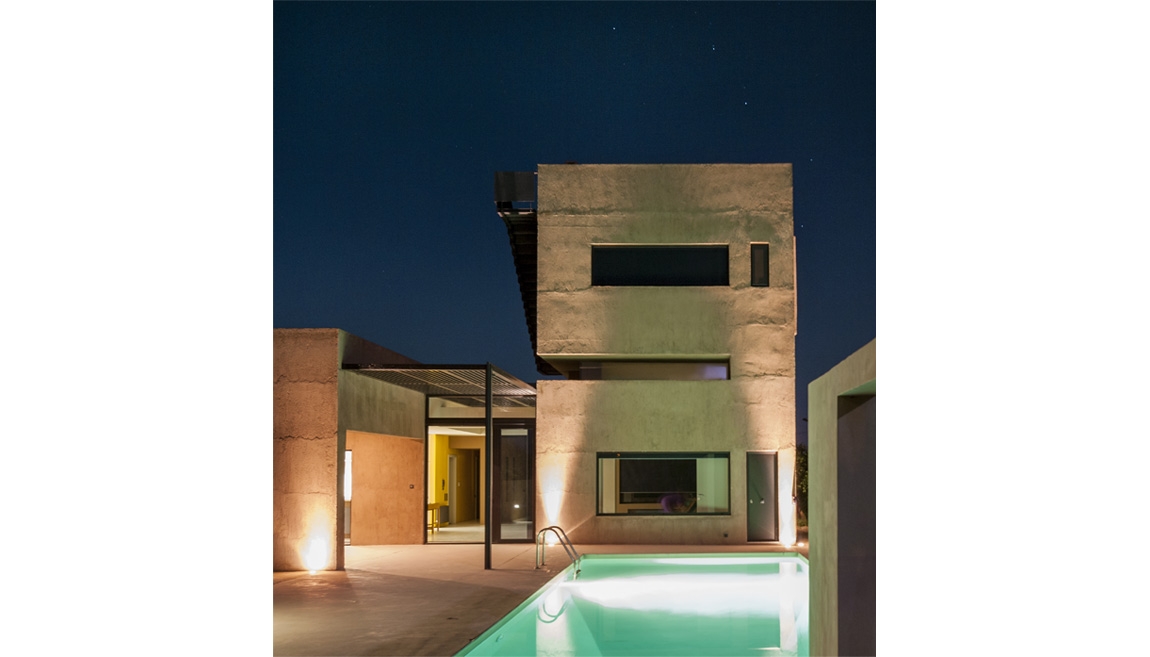 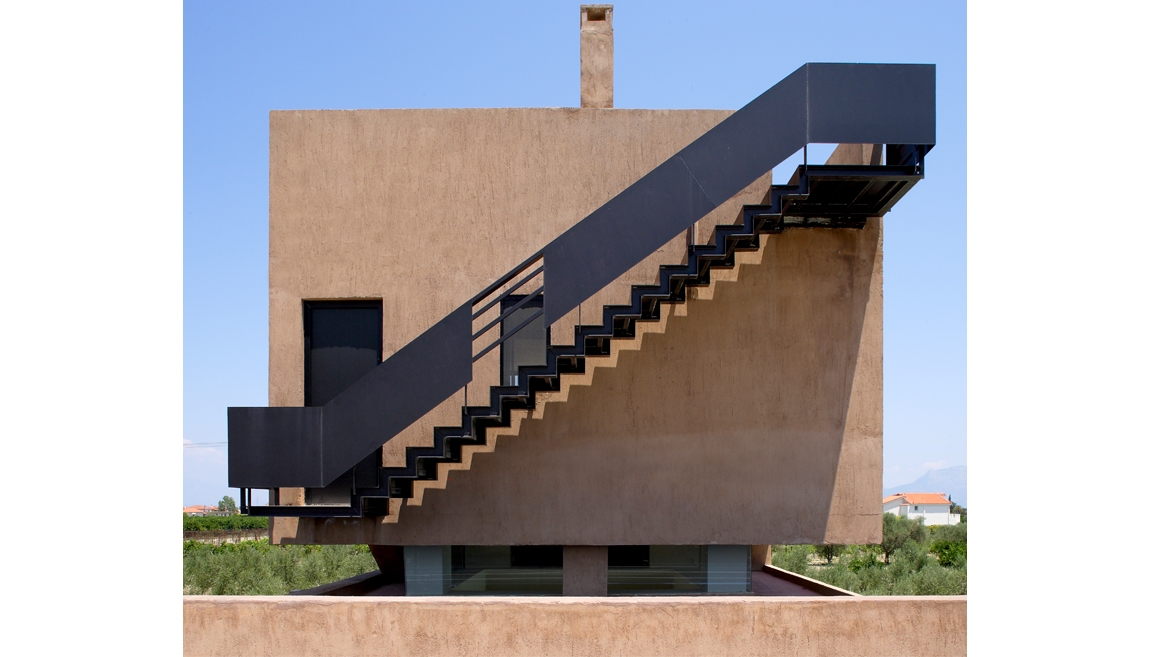 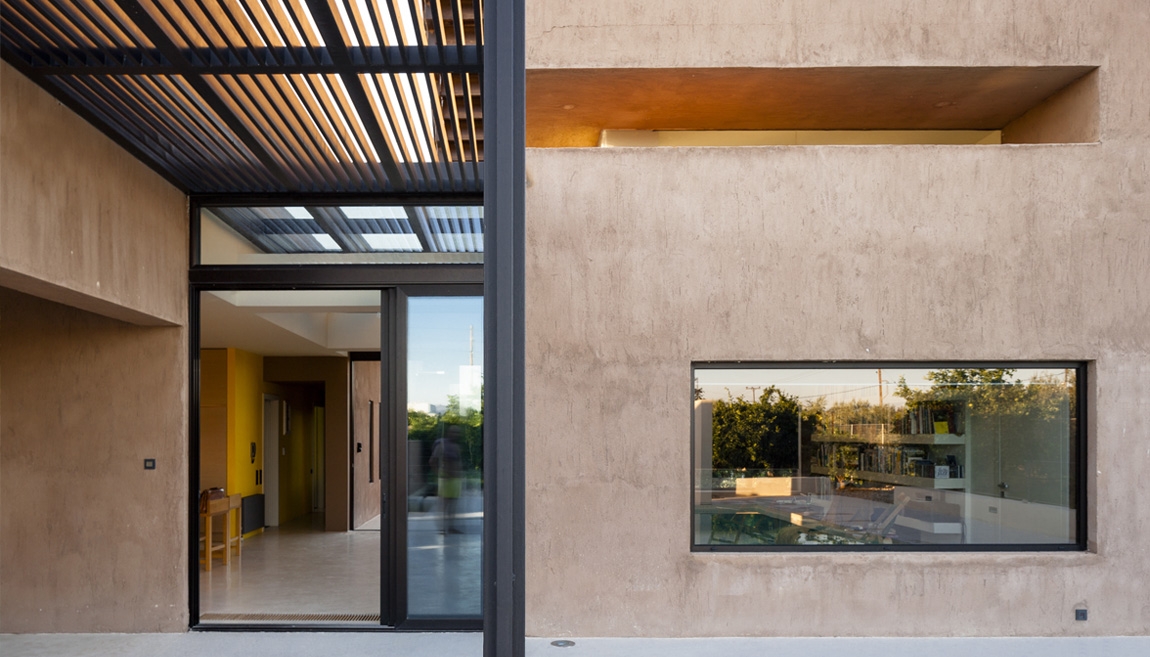 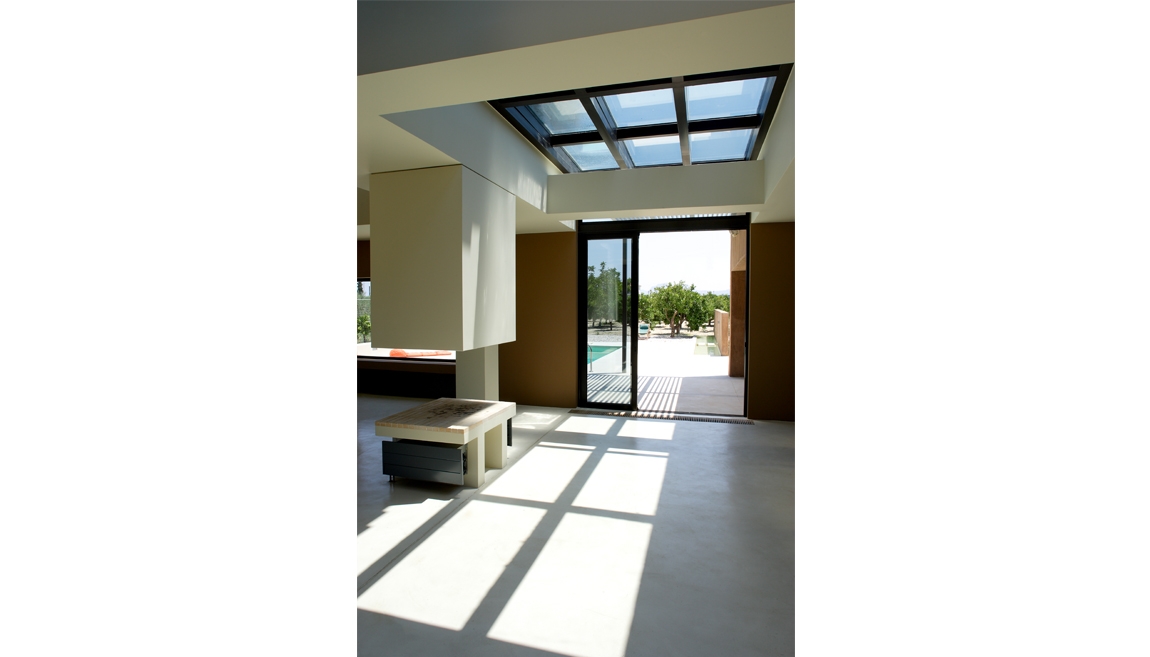 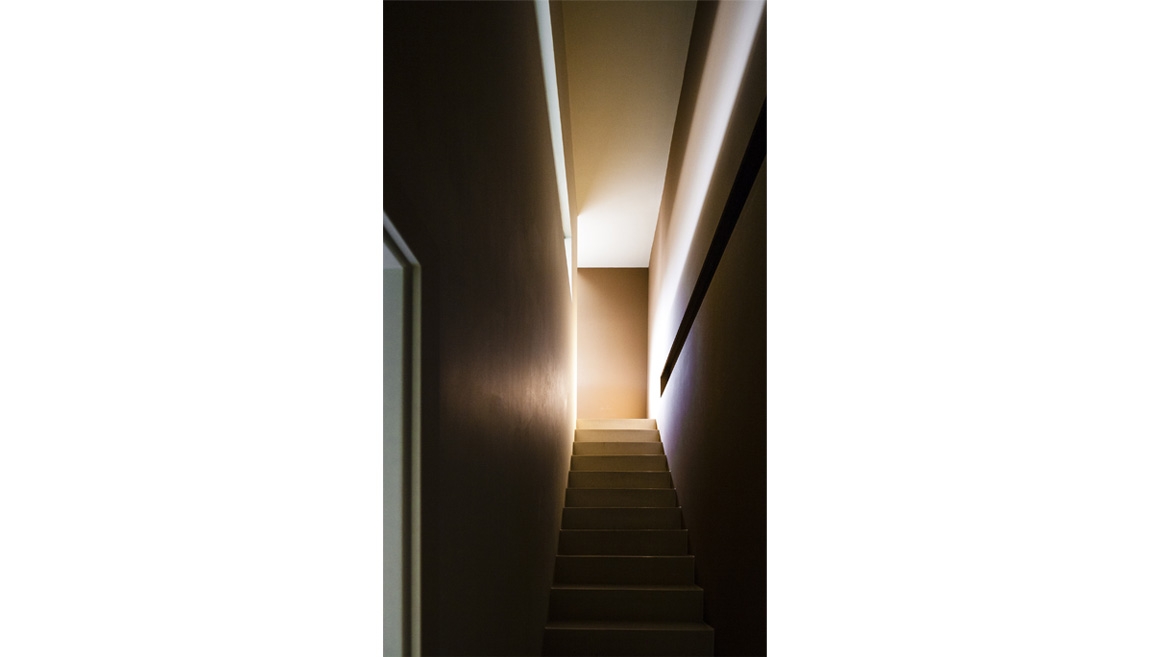 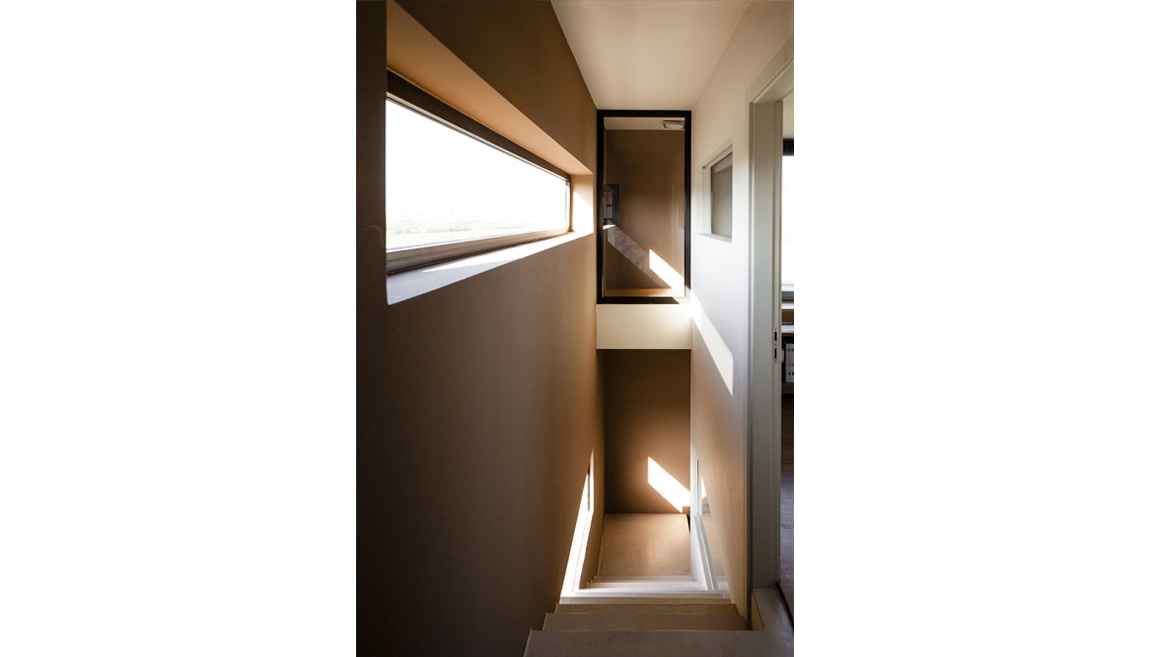 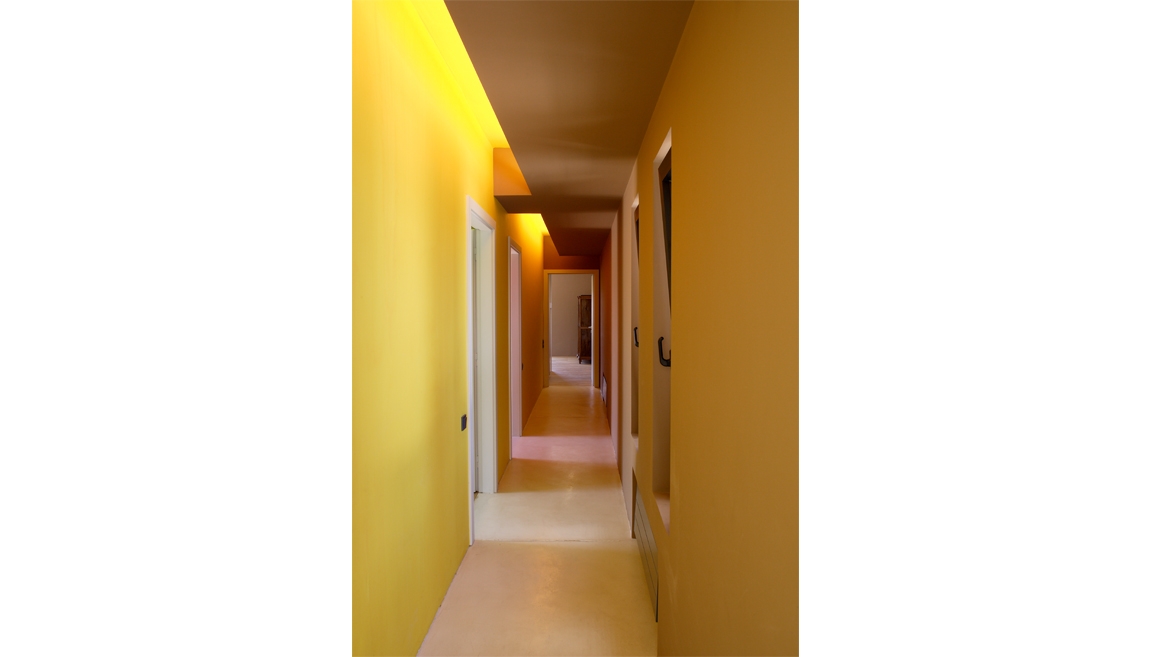 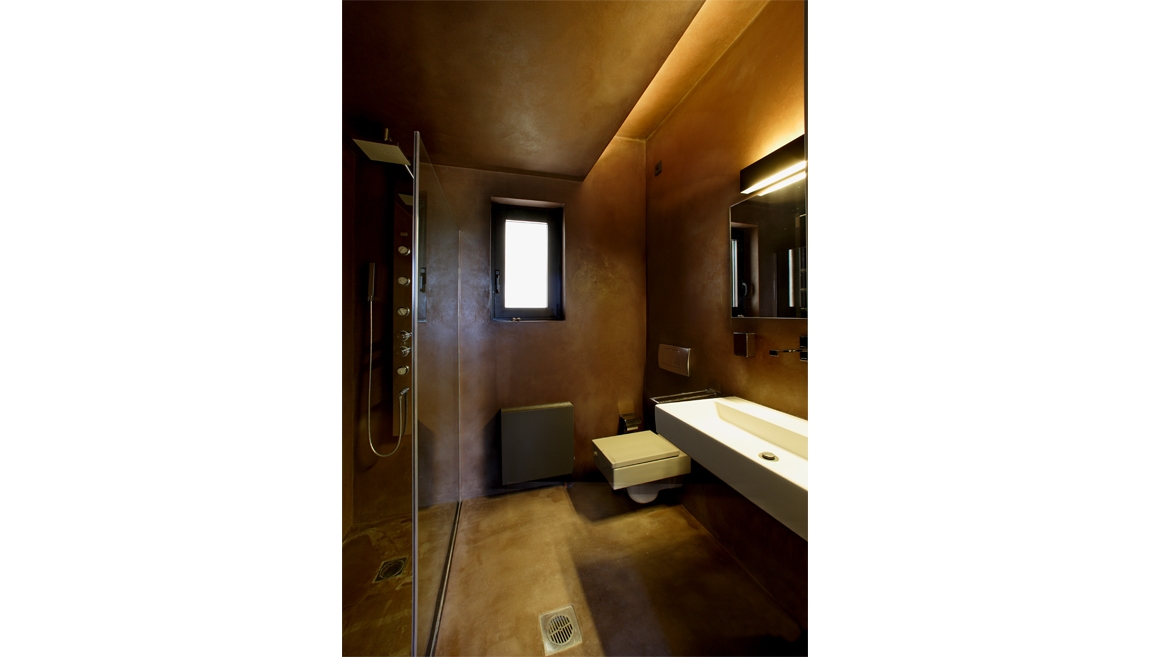 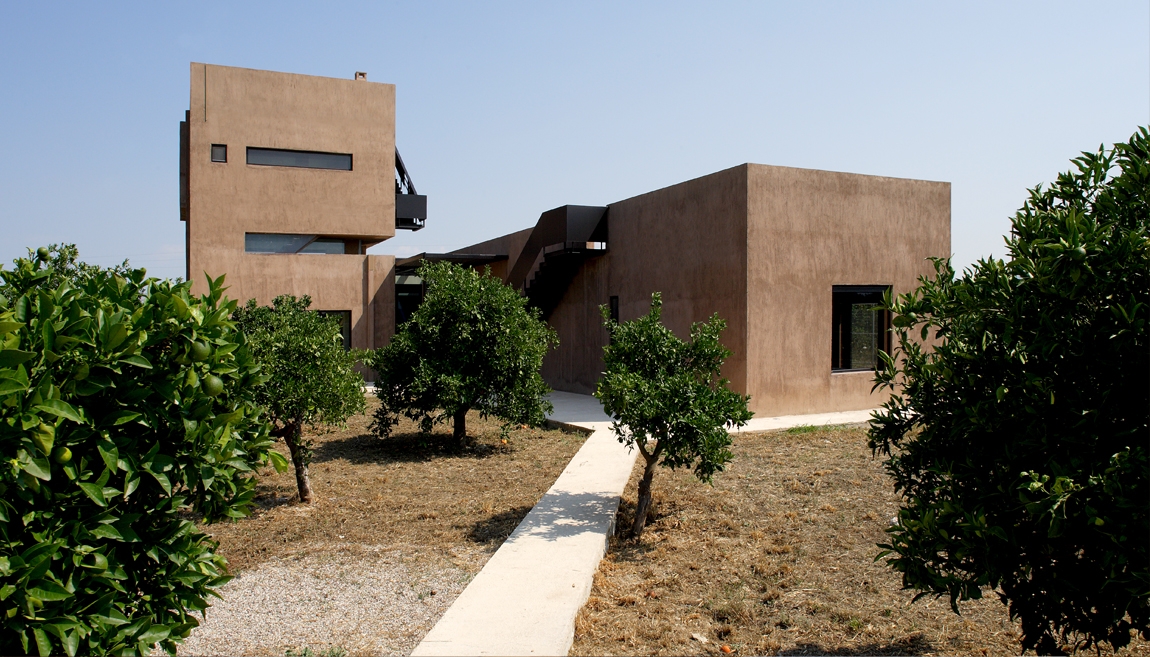 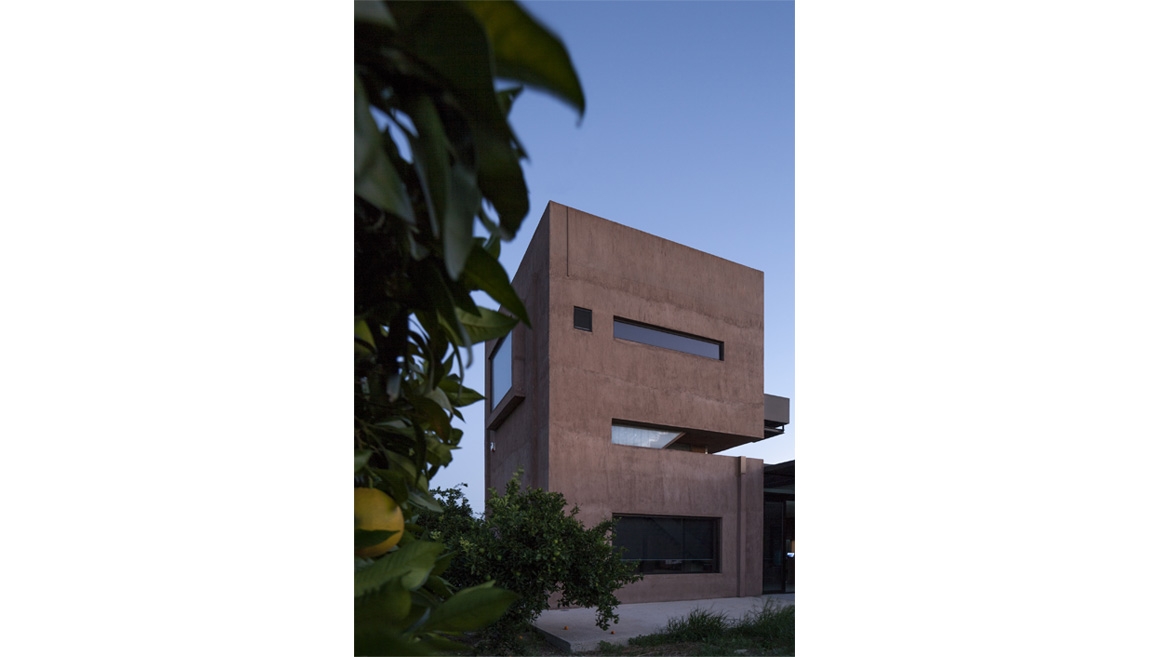 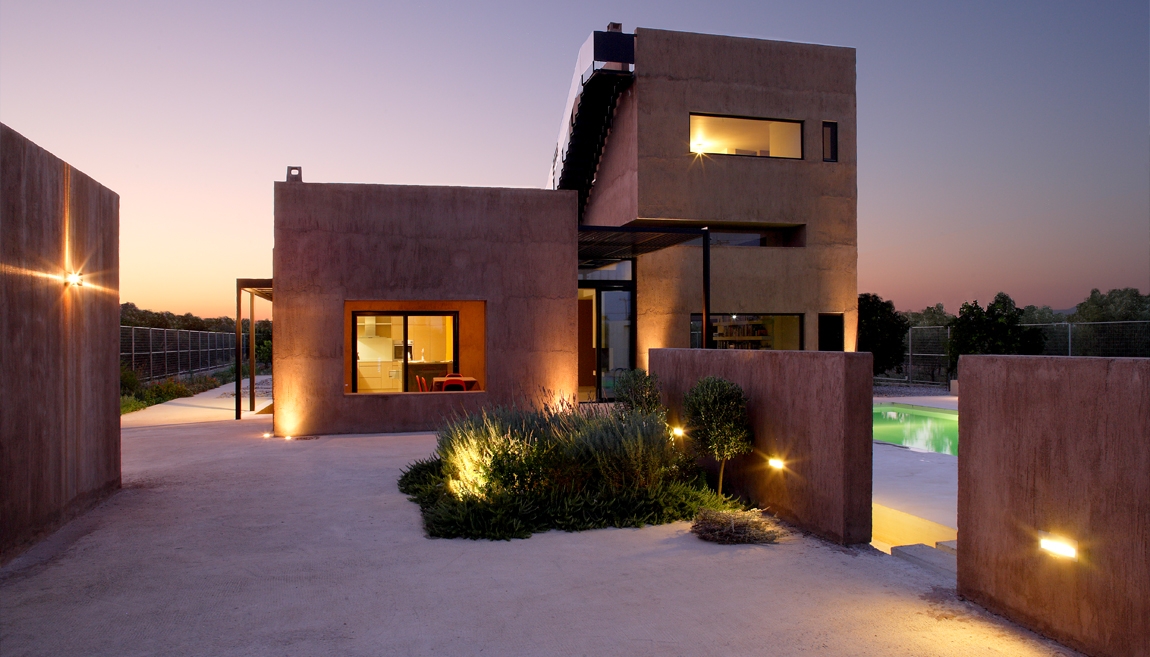 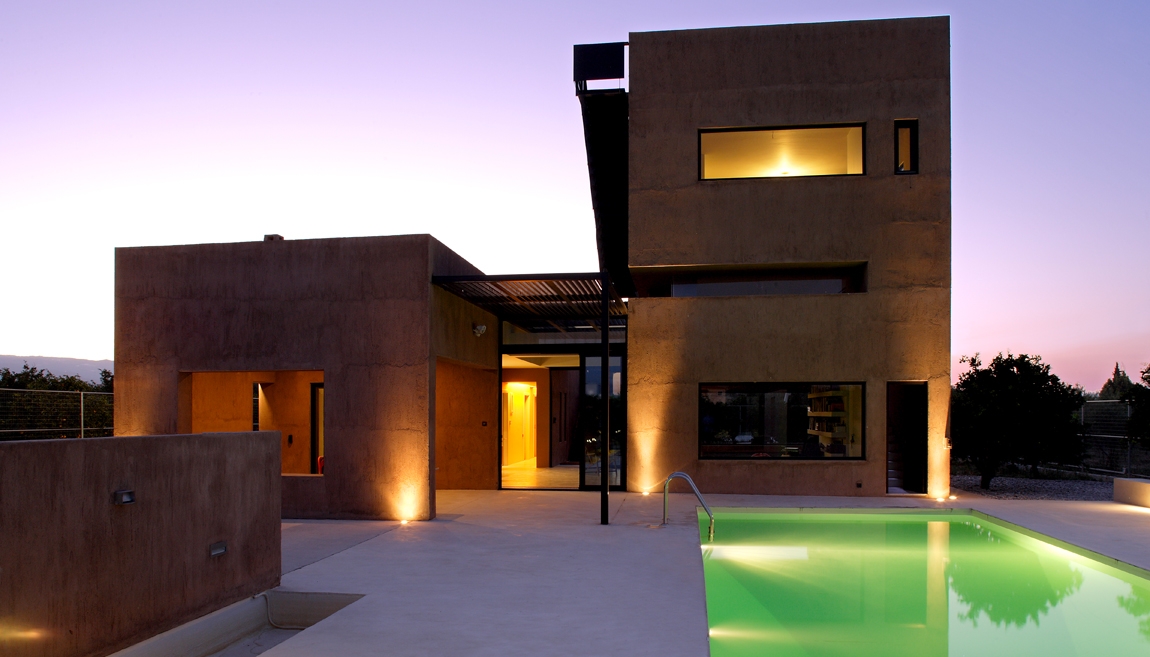 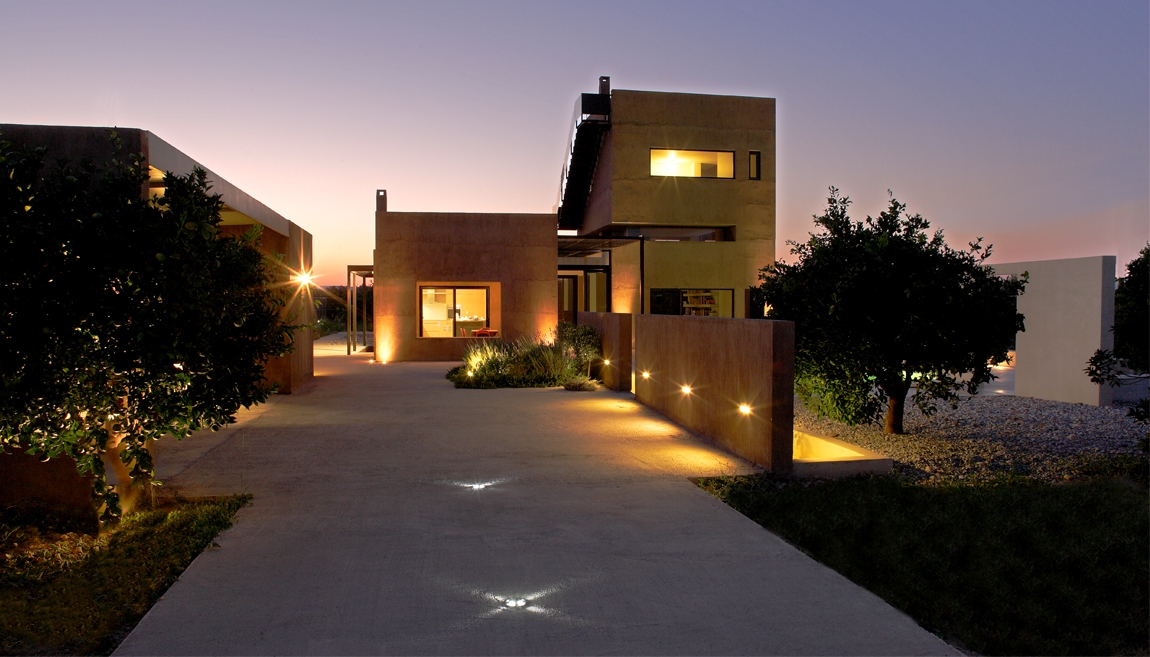 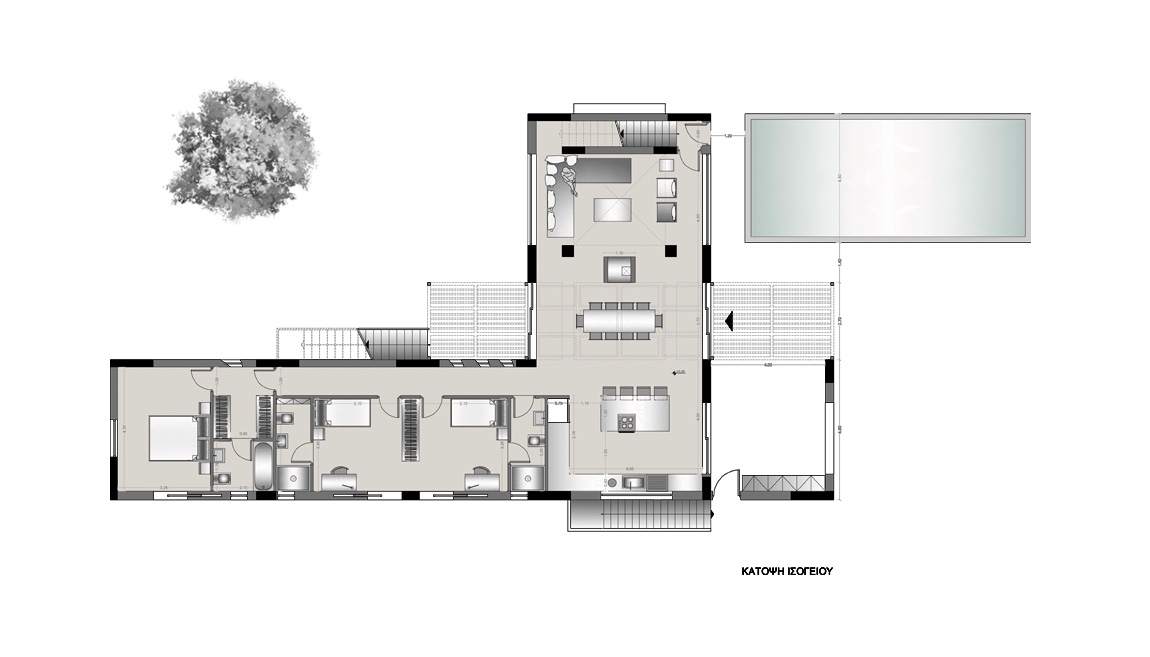 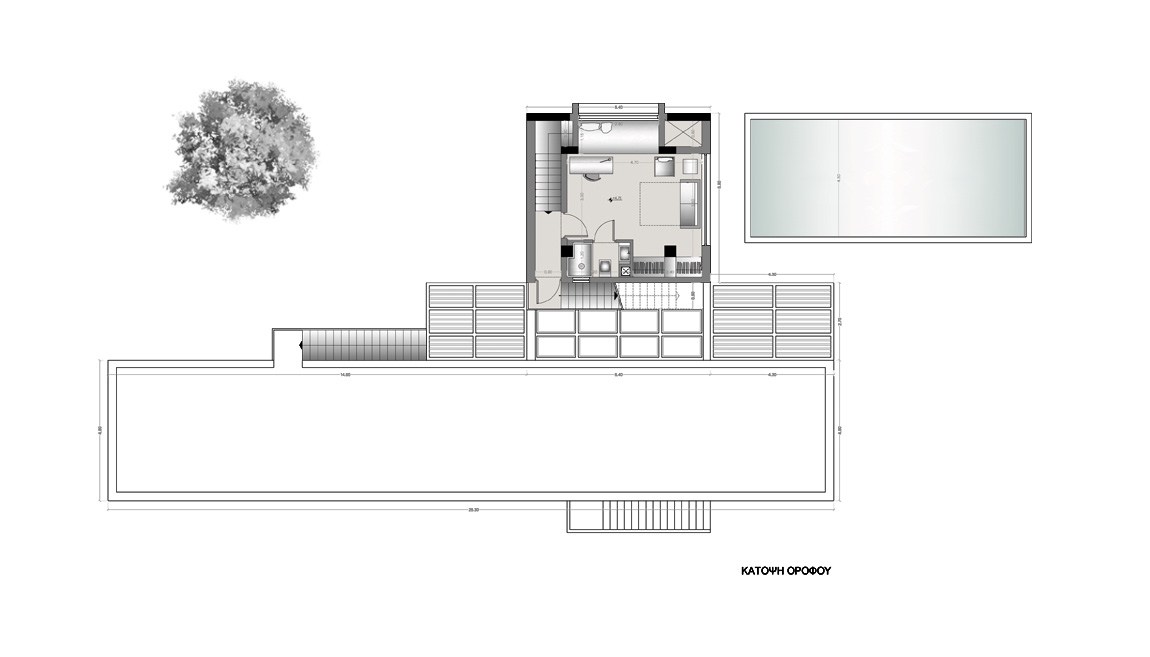 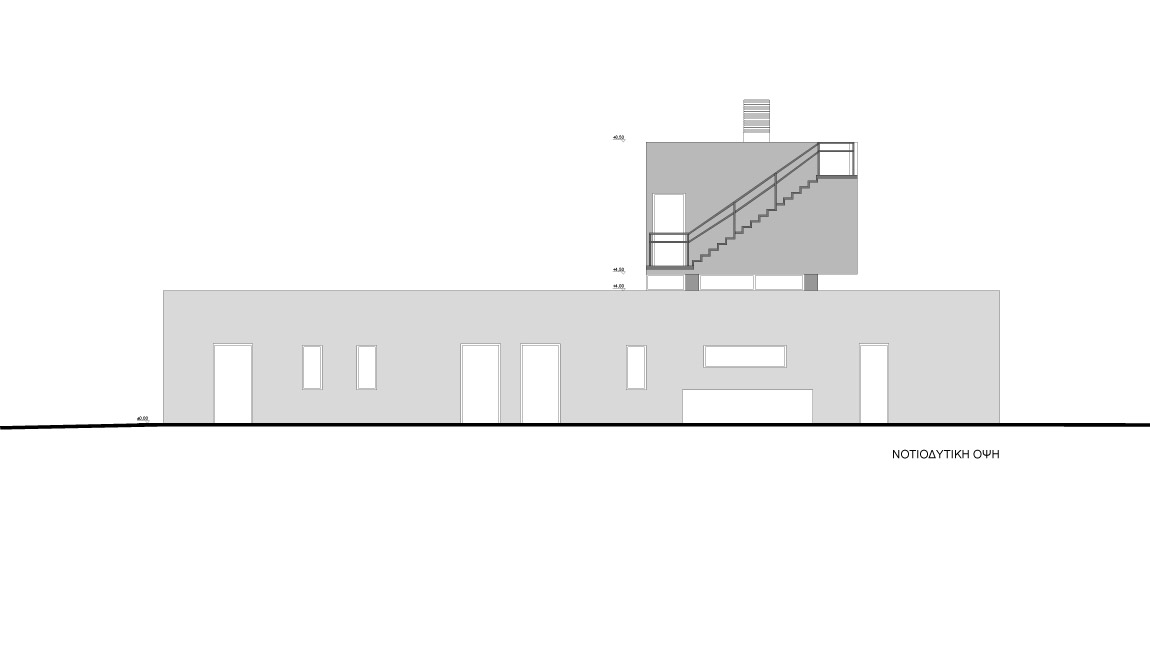 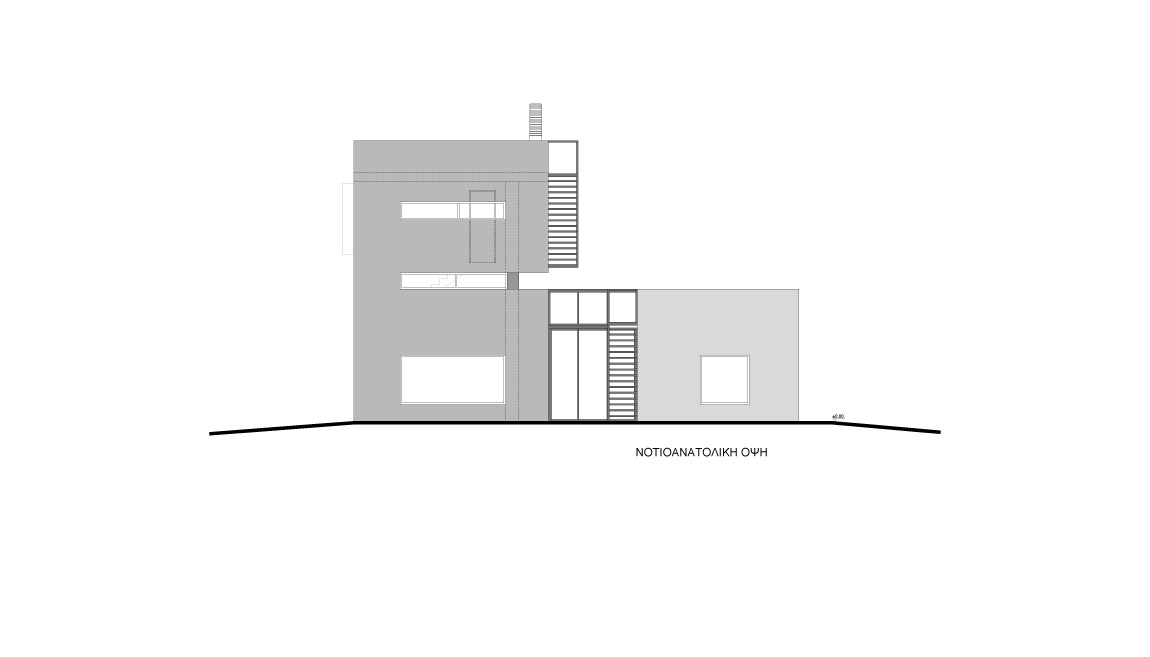 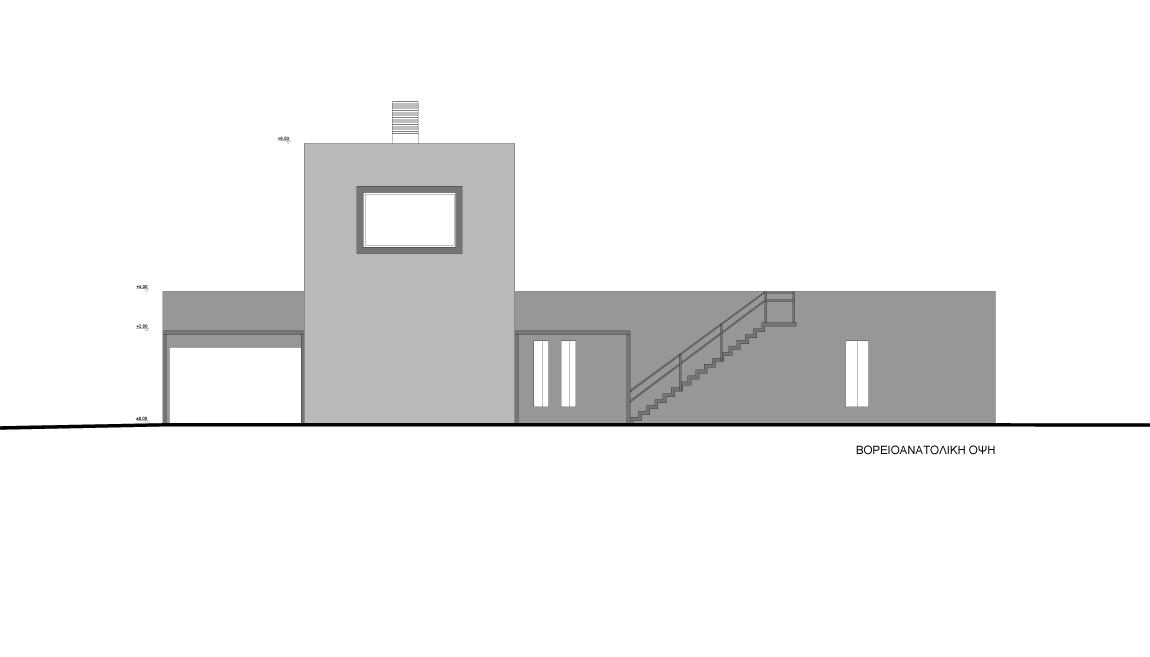 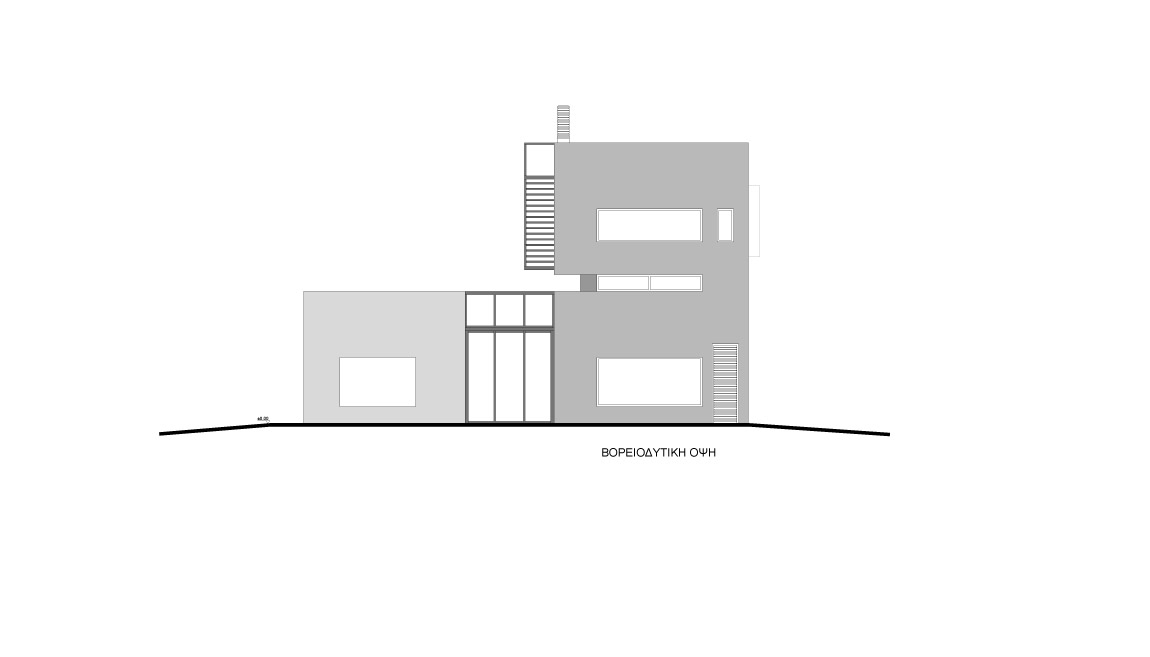 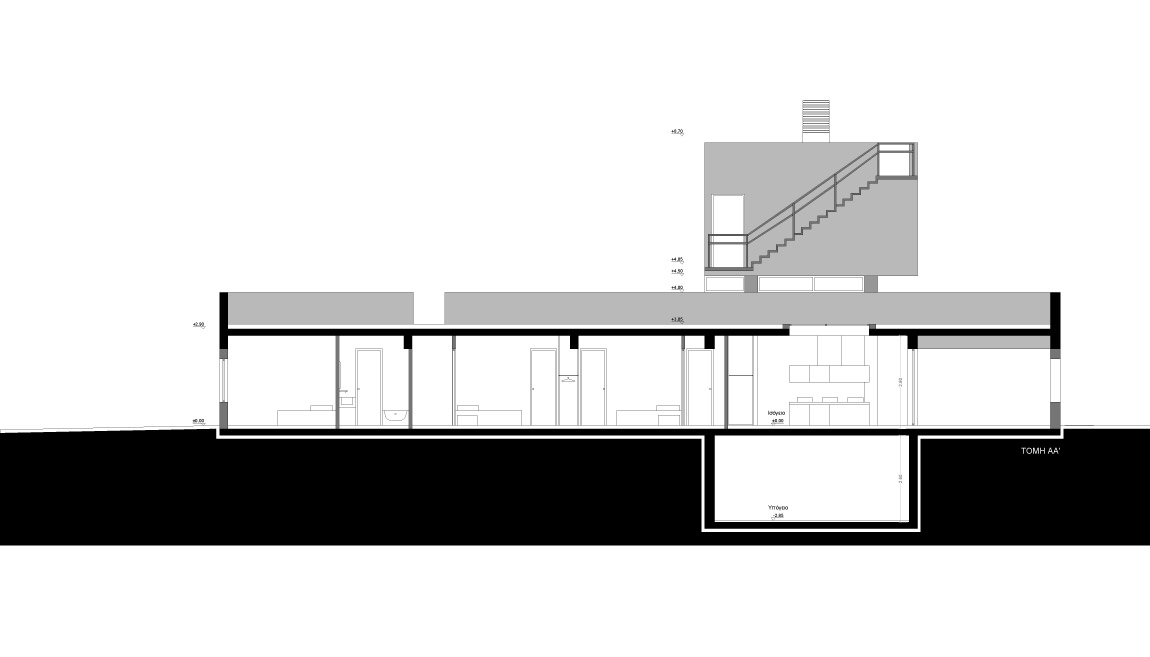 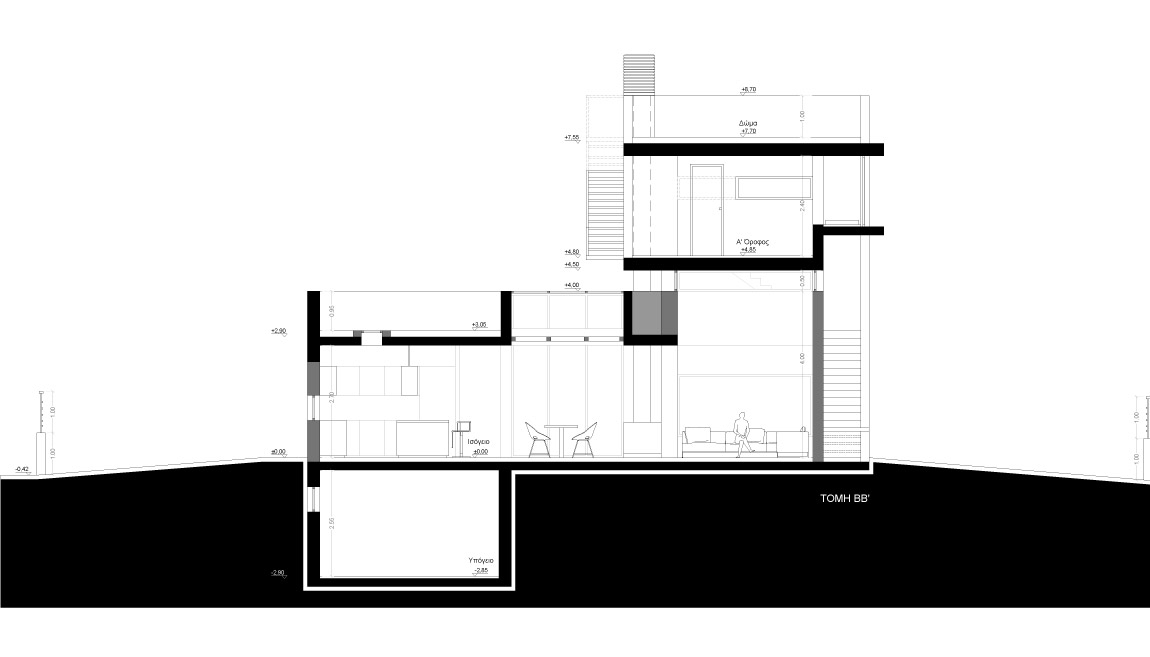 The plot of land of this residence is located just outside the village Kokkoni in the precinct of Korinthia and is part of an endless orangery. Thus the building was placed in the center of this land so that one can see the orange trees from everywhere.
The residence comprises of two main volumes that are united in the centre by a glass atrium-dining room, which, during summertime can be extended to the outside. The one-storey volume houses in a row the bedrooms and the kitchen with direct access to the surrounding space of the land. The second volume has the high ceiling living room on the ground floor and an autonomous guest room-observatory on the first floor with a view of the sea, which although at a close distance is not however visible from the ground level. The whole house is tinted with colour plaster which uses as its basis the colour of the surrounding earth. The final positioning of almost each opening of the residence was decided on site, according to specific viewpoints either towards the orange trees or the sea.