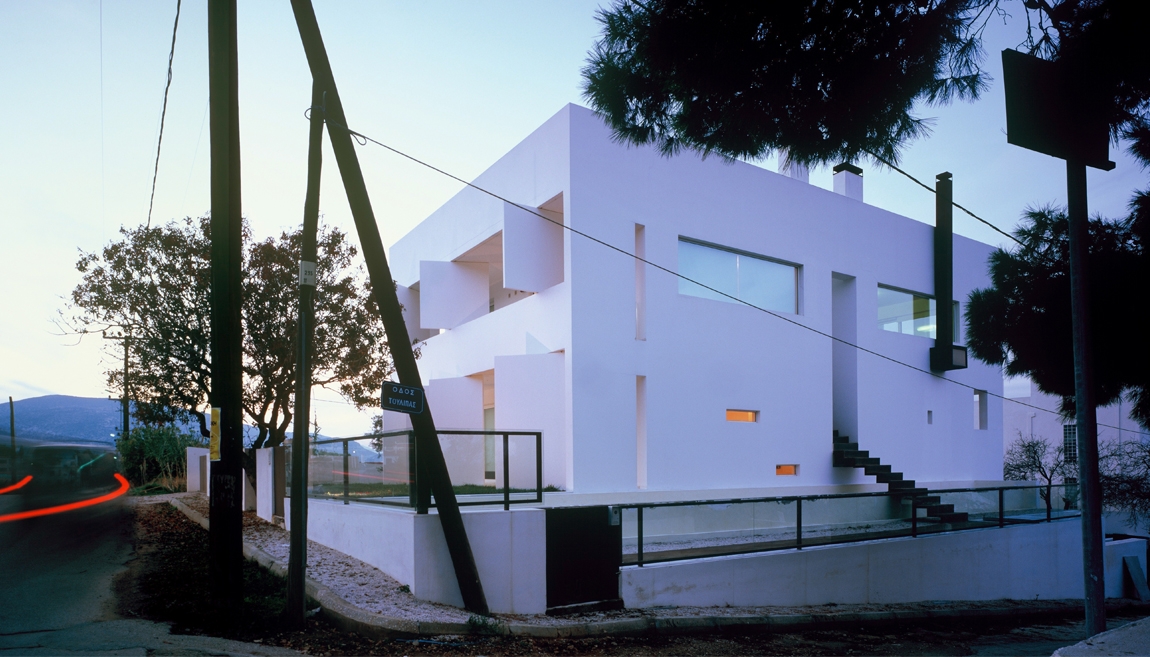 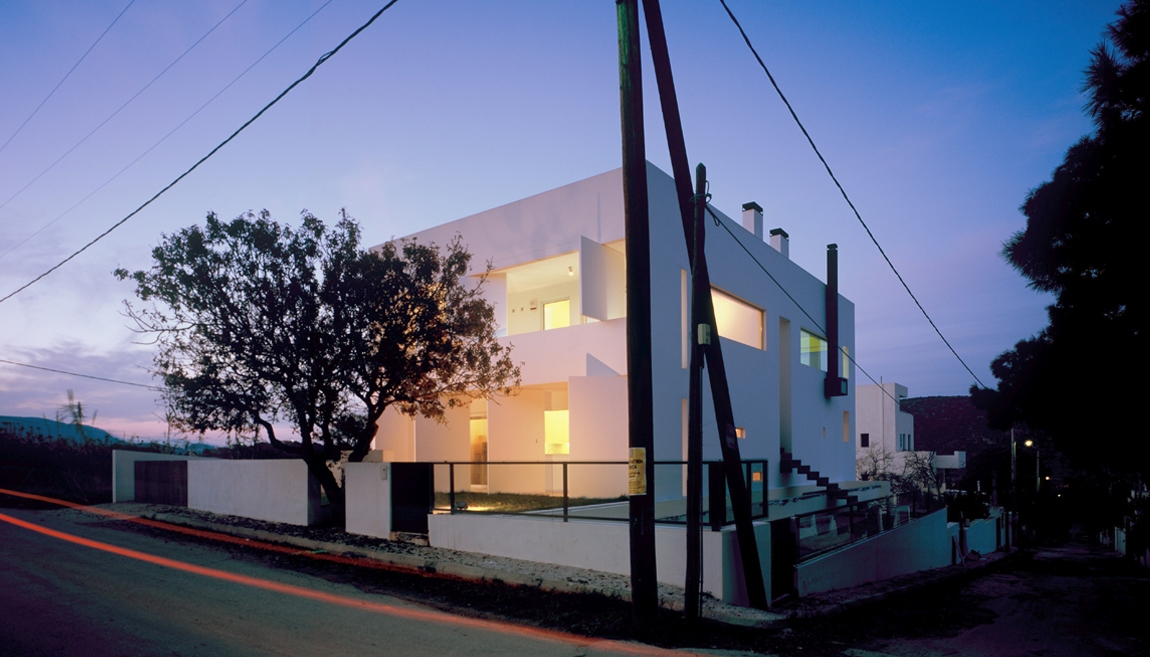 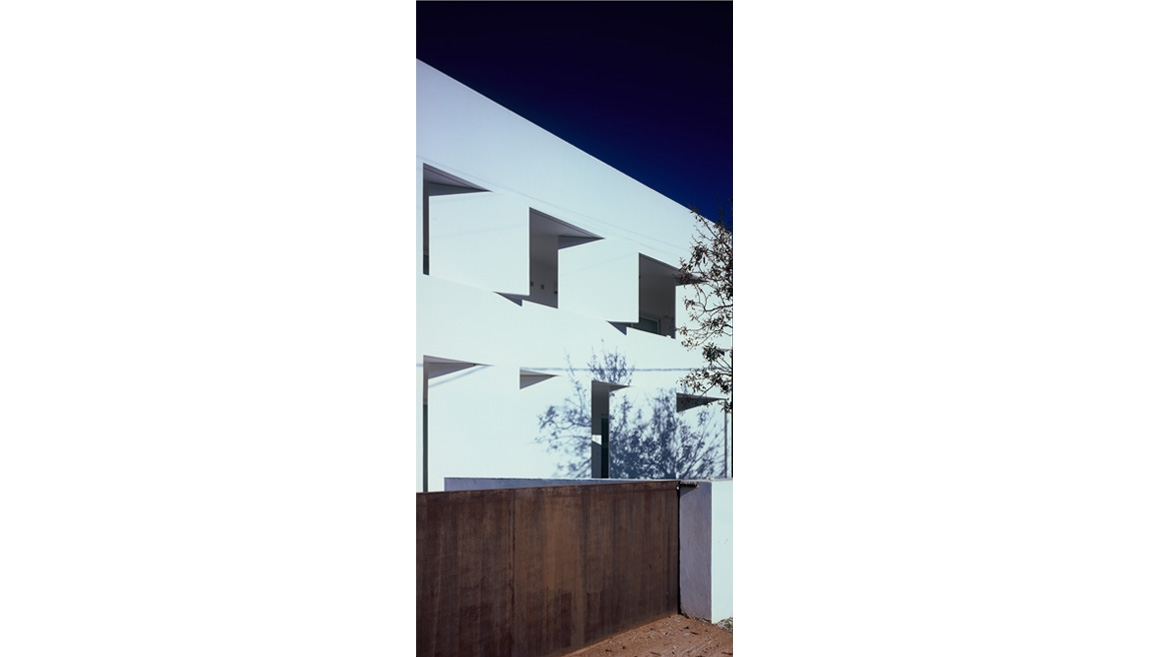 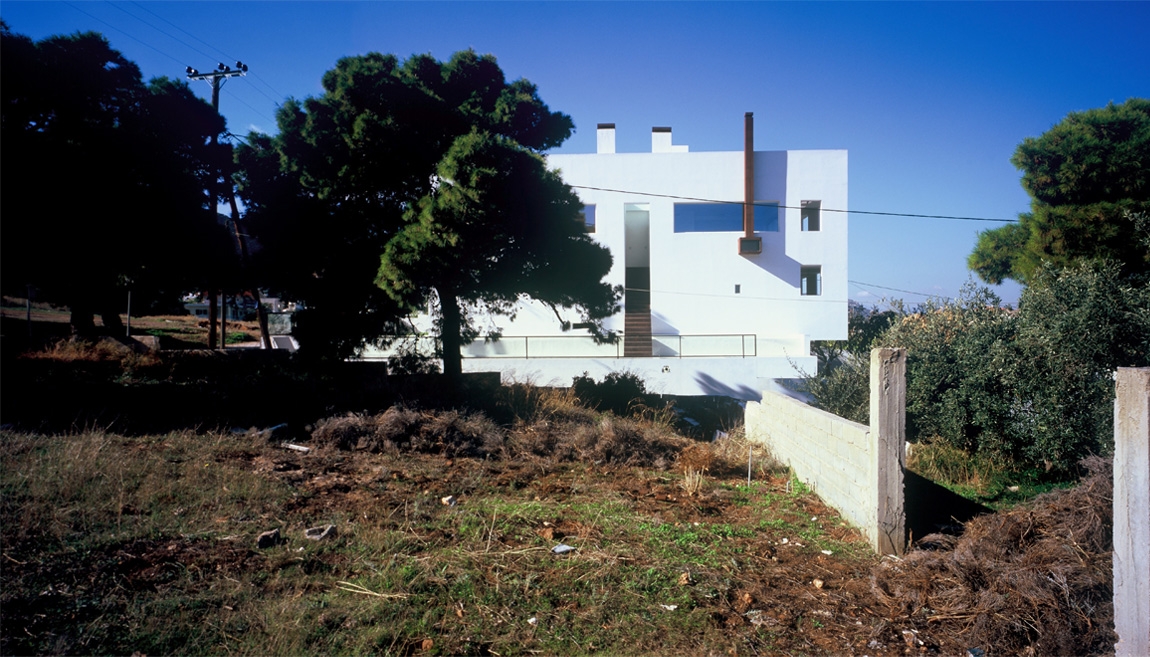 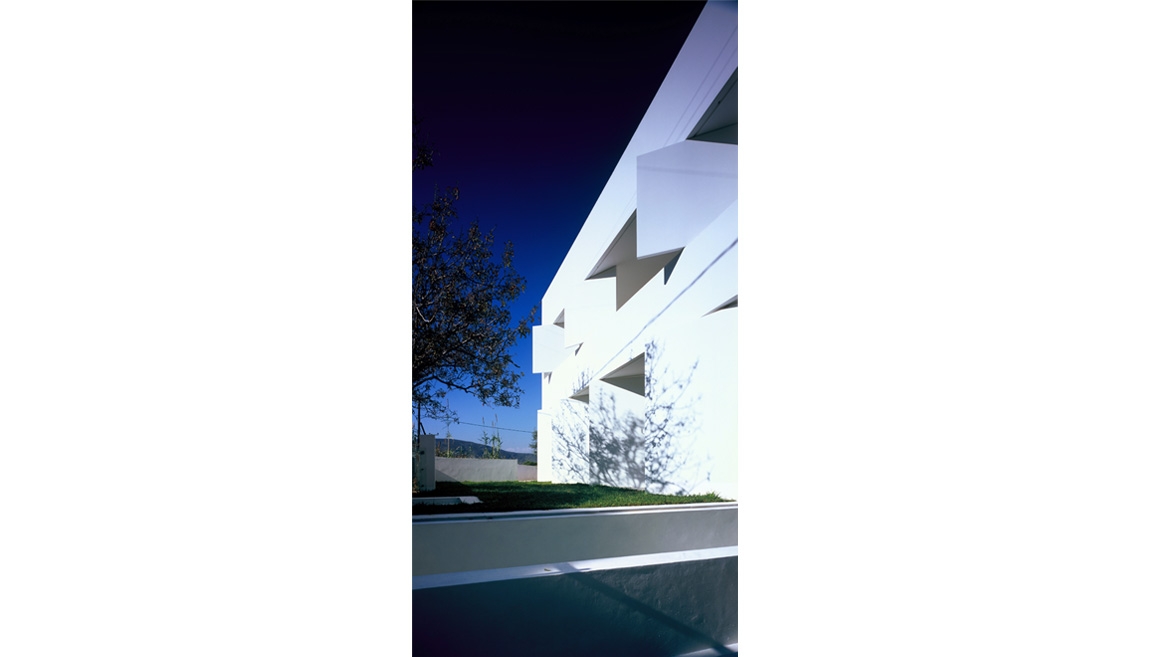 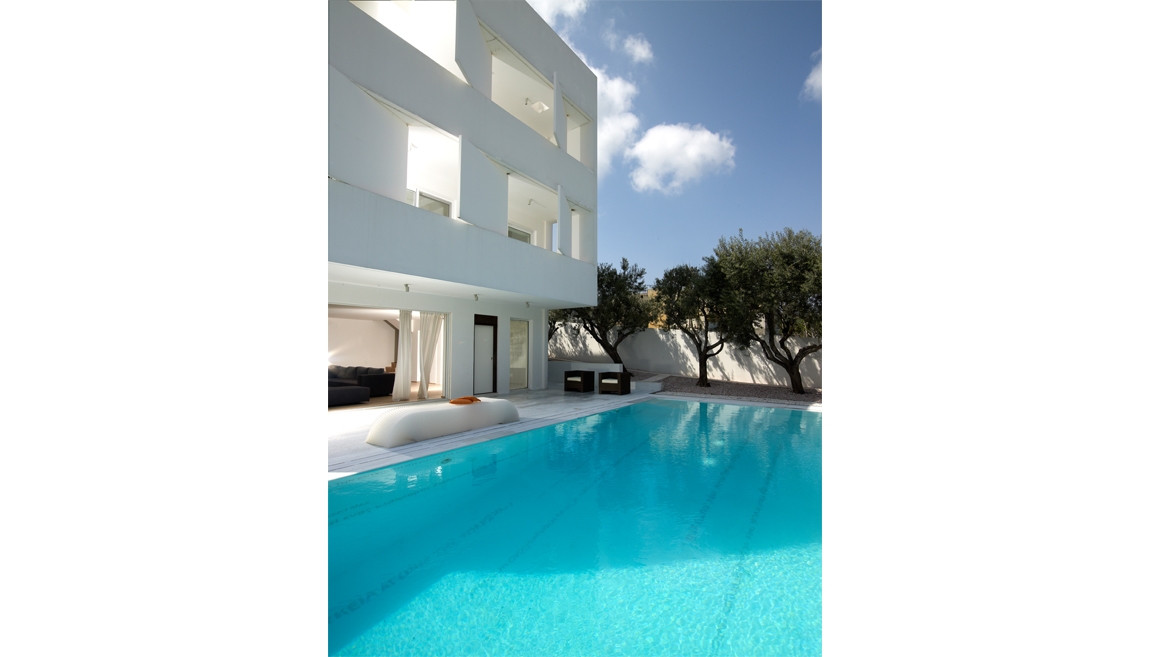 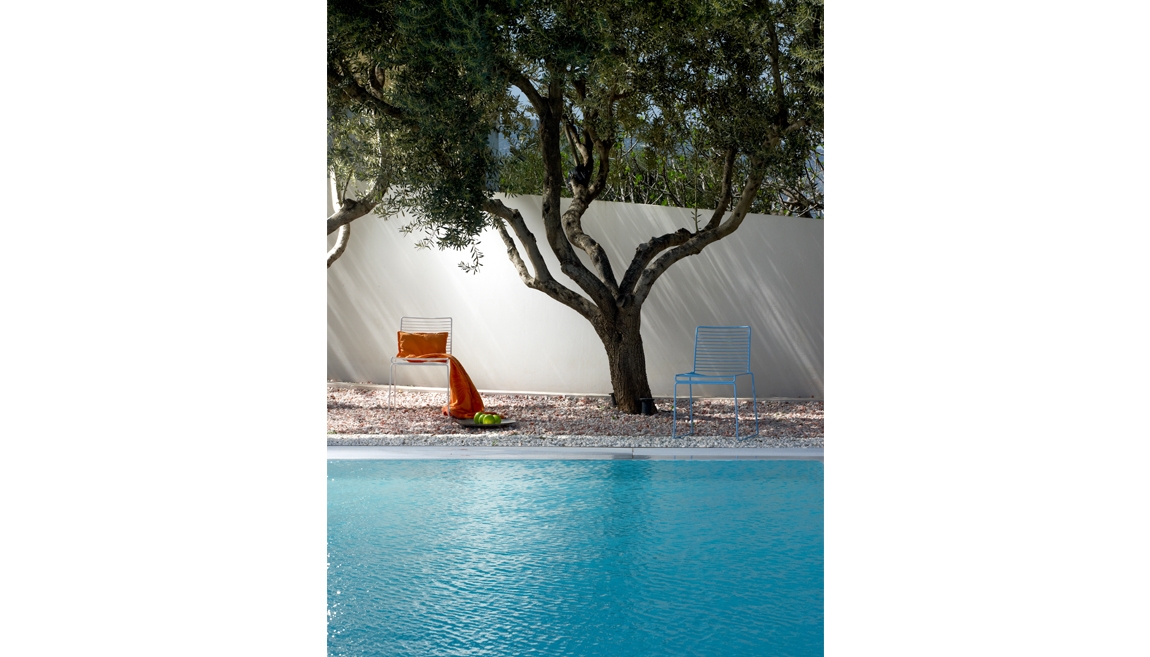 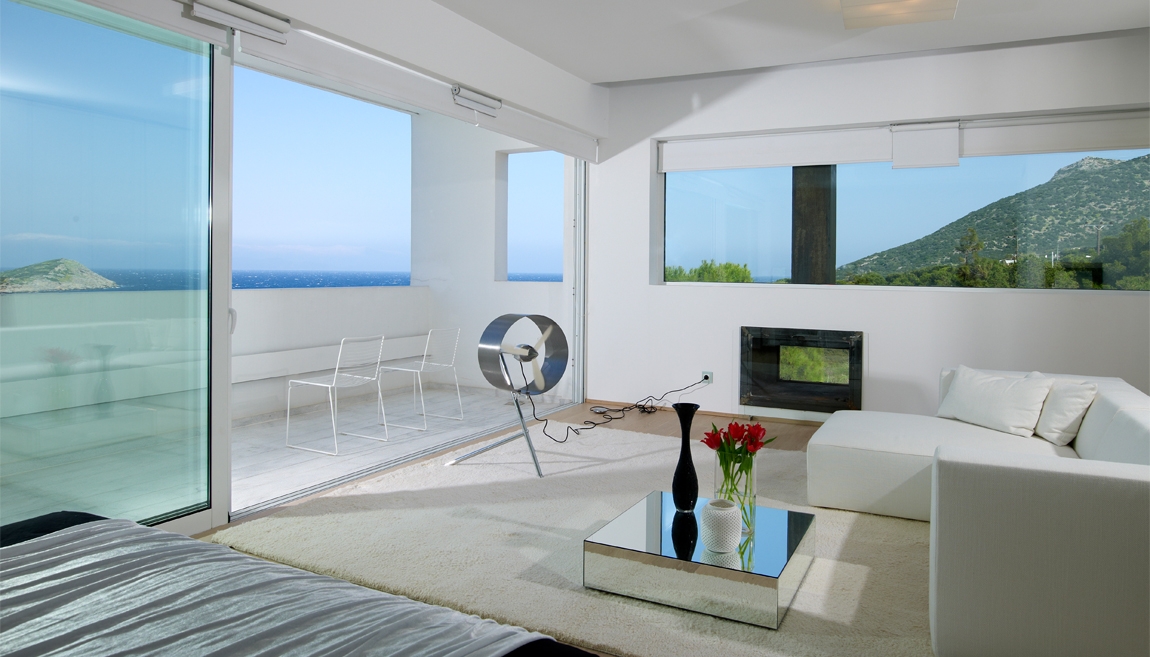 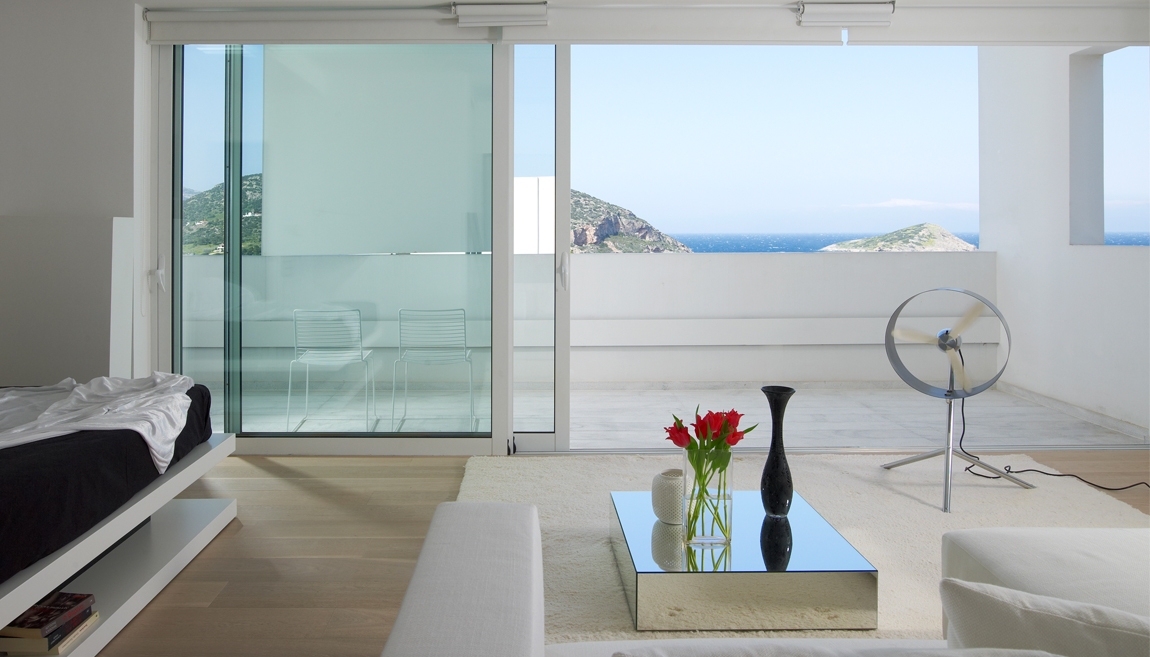 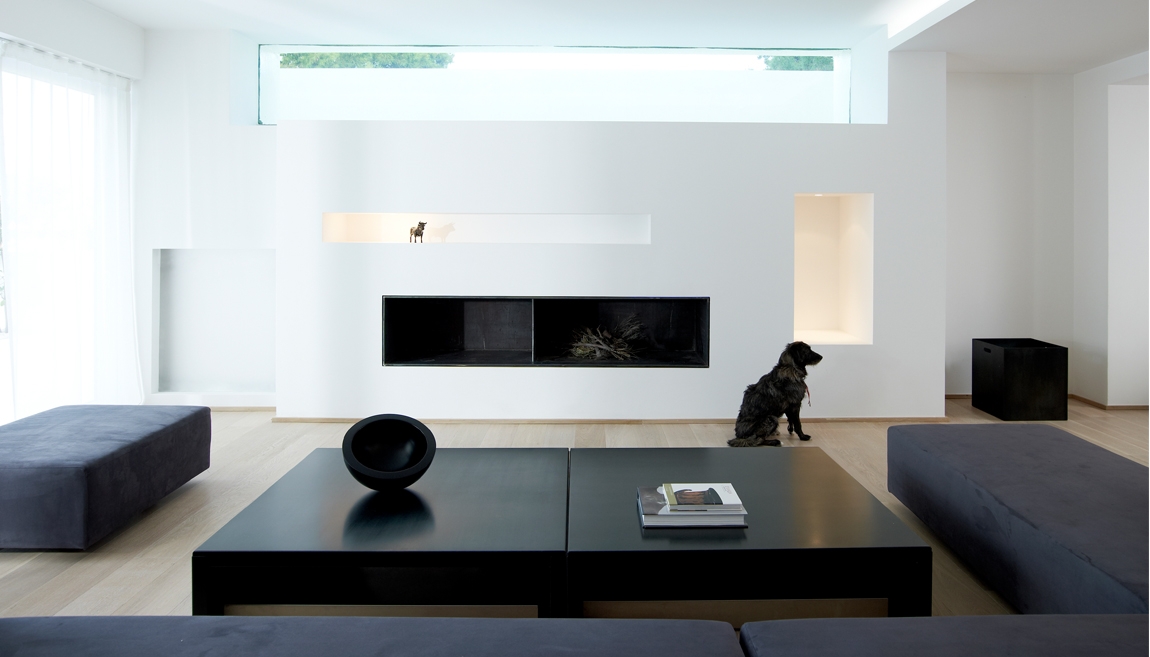 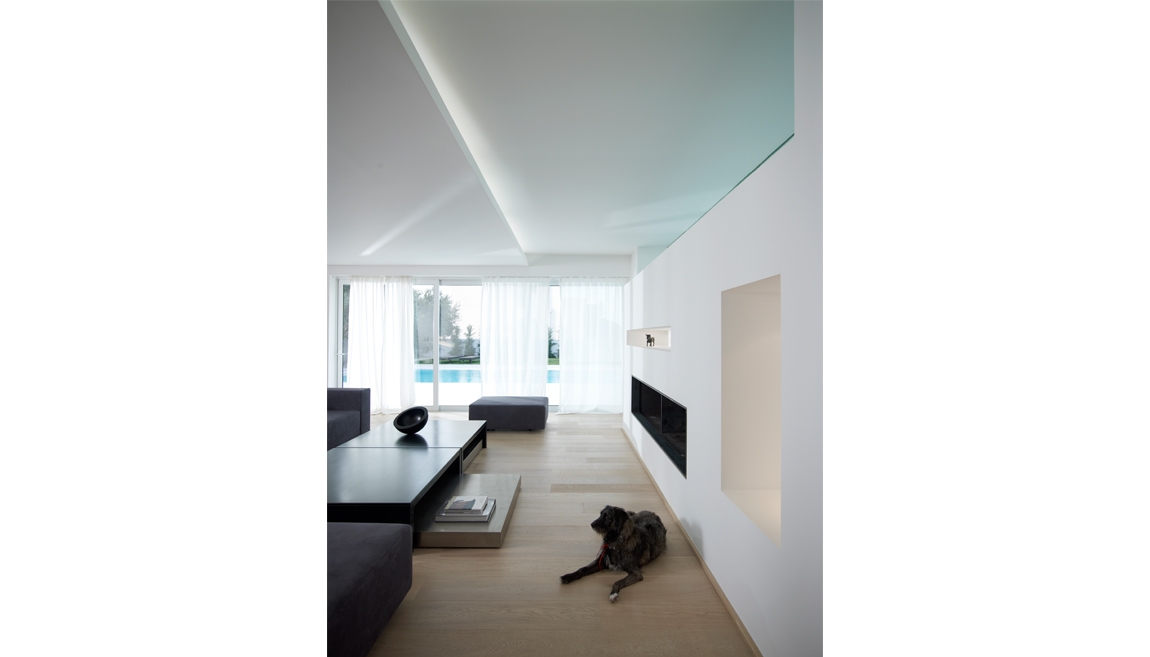 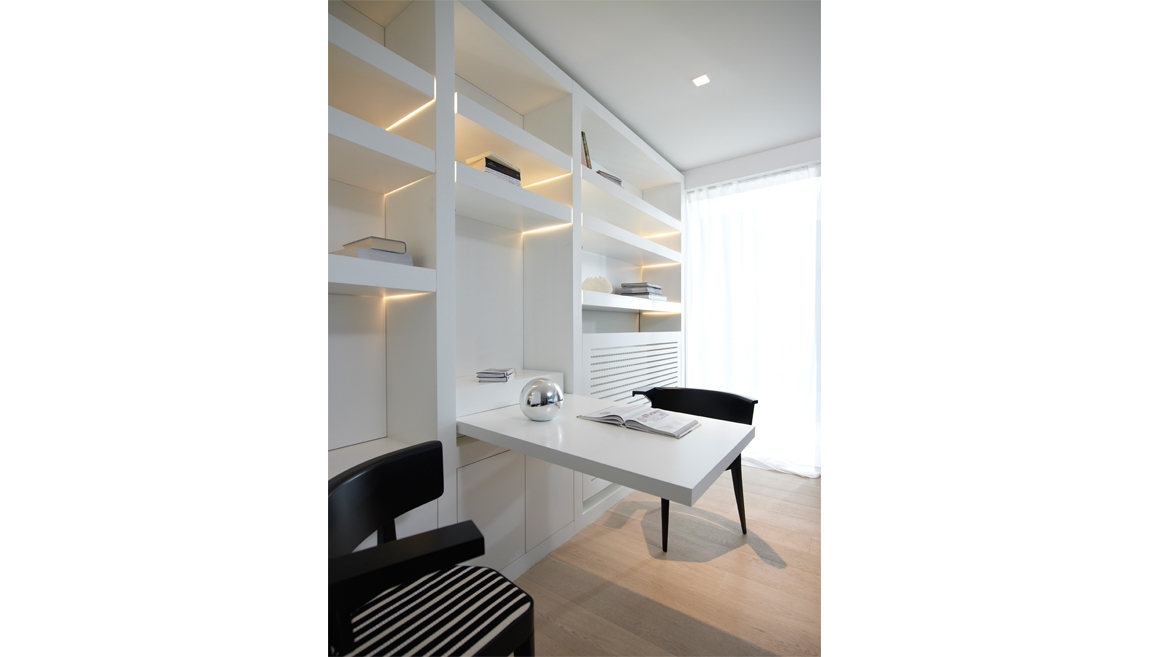 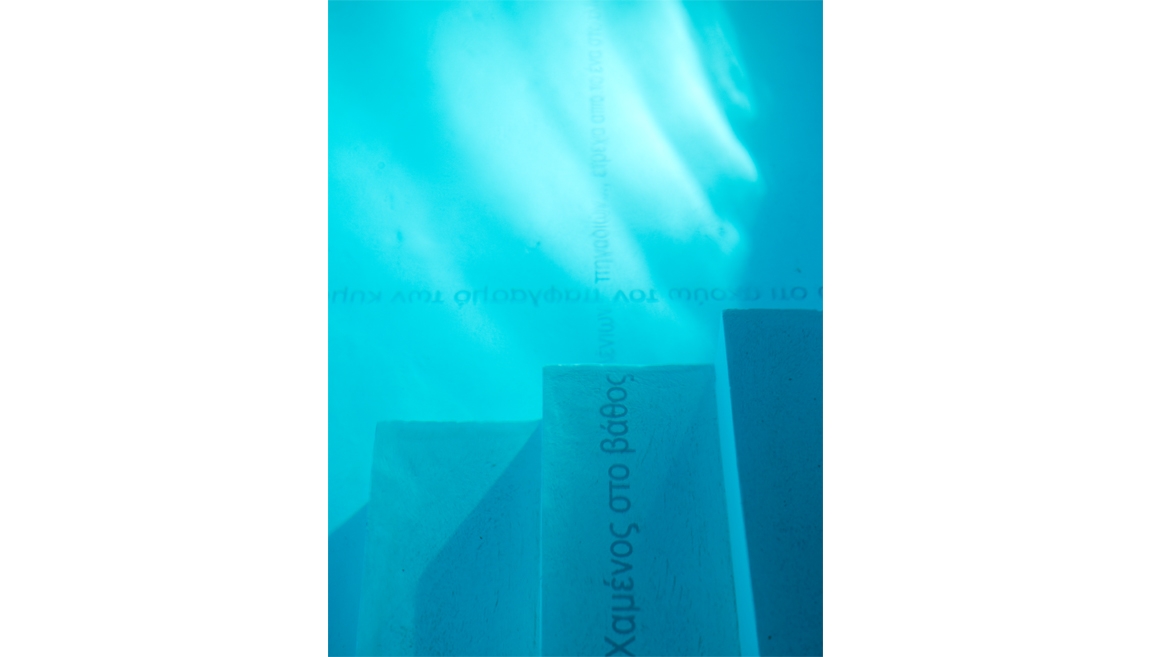 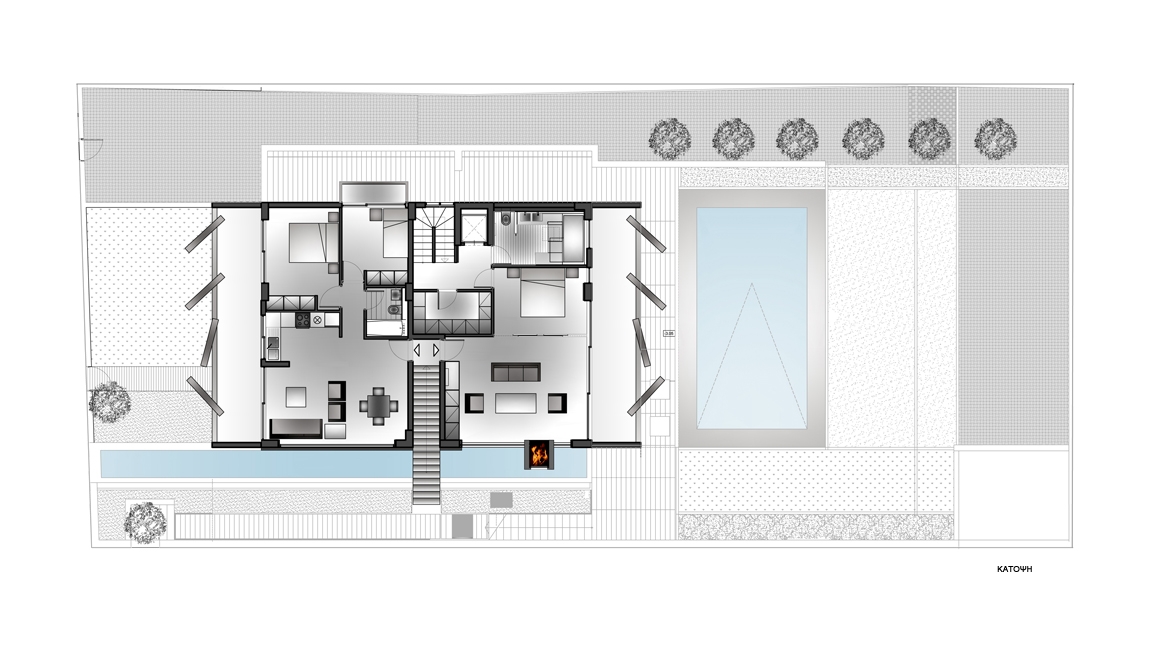 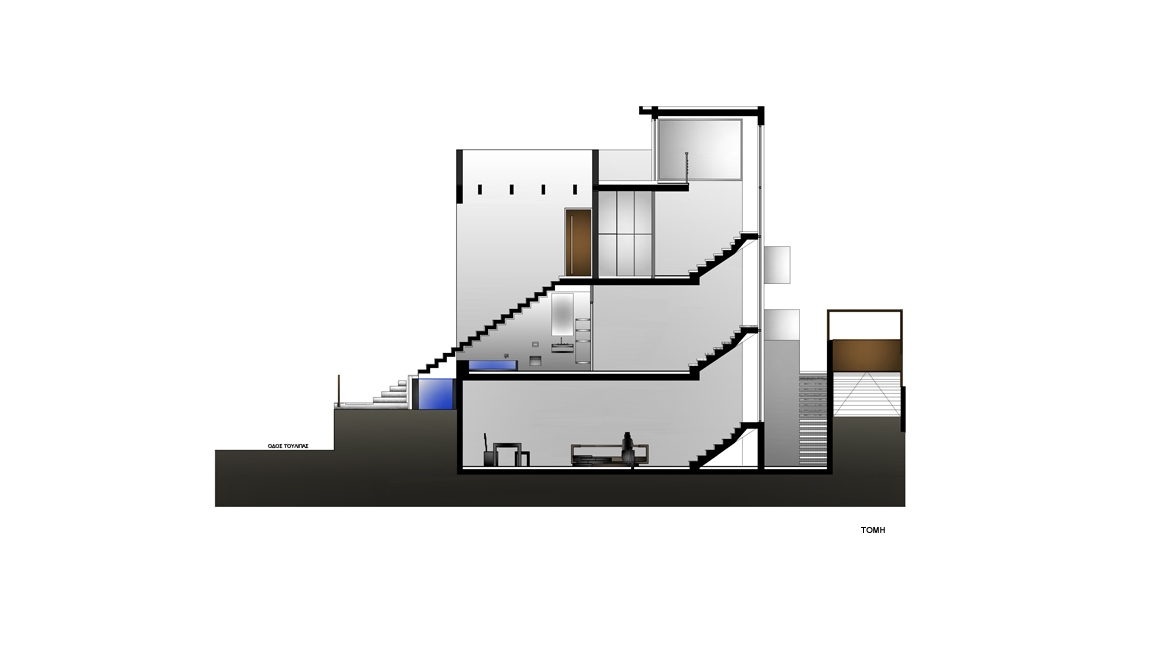 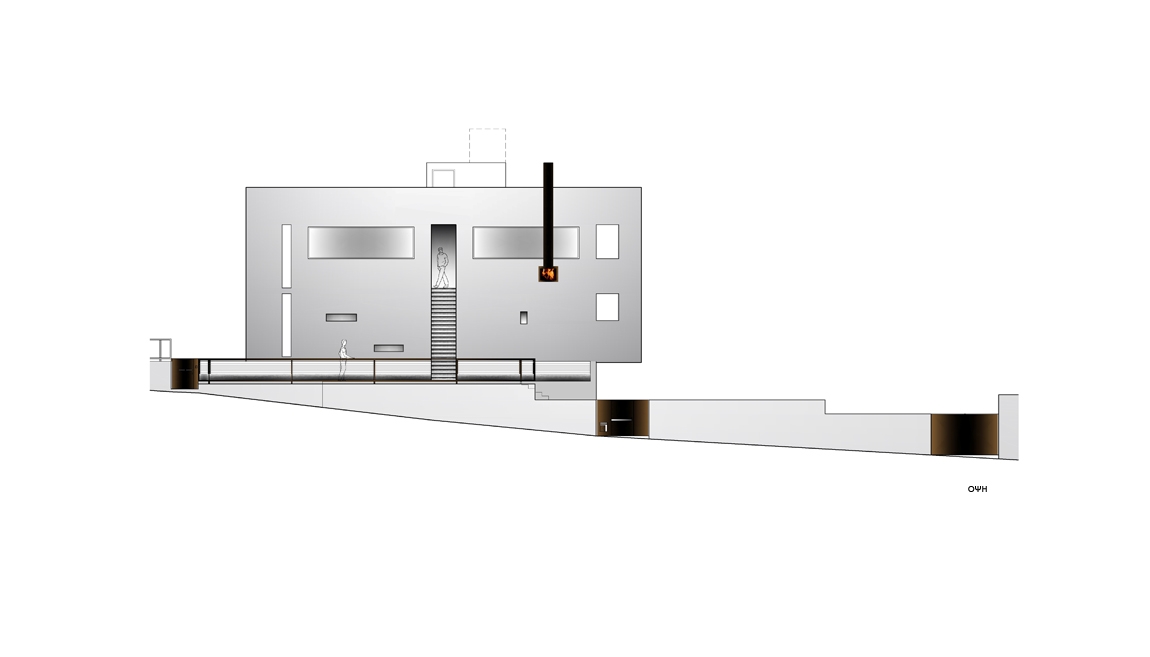 This building is located at close distance from the sea front of Porto Rafti, an area near Athens which has been characterized by an unprecedented urban sprawl during the last decade. The concept of the façade and the arrangement of the three independent residences derived from this given fact.
The two smaller residencies, mainly indented for summer vacation inhabitation, are divided from the main house by the metal staircase that cuts the volume of the building in half.
The main house is spread in three levels. The living room, kitchen and dining area are on the ground floor and they expand during summertime on to the garden and around the swimming pool. Inside the pool a few phrases are written that explore the relationship between water, sea and their spirituality.
The two smaller bedrooms intended for kids are on the first floor, while the master bedroom is on the third and it includes an en-suite WC, walk-in closet and a small living room.
The building was handled by the architect as a container within which one can alter the view by will or mood. The view from the window is not standard. Depending on where you are in the house you can move the panels in order to focus on the sea and the horizon. A metal box has been attached on this white container with the moving panels, a box that is the master bedroom’s fireplace but also a window towards the view.