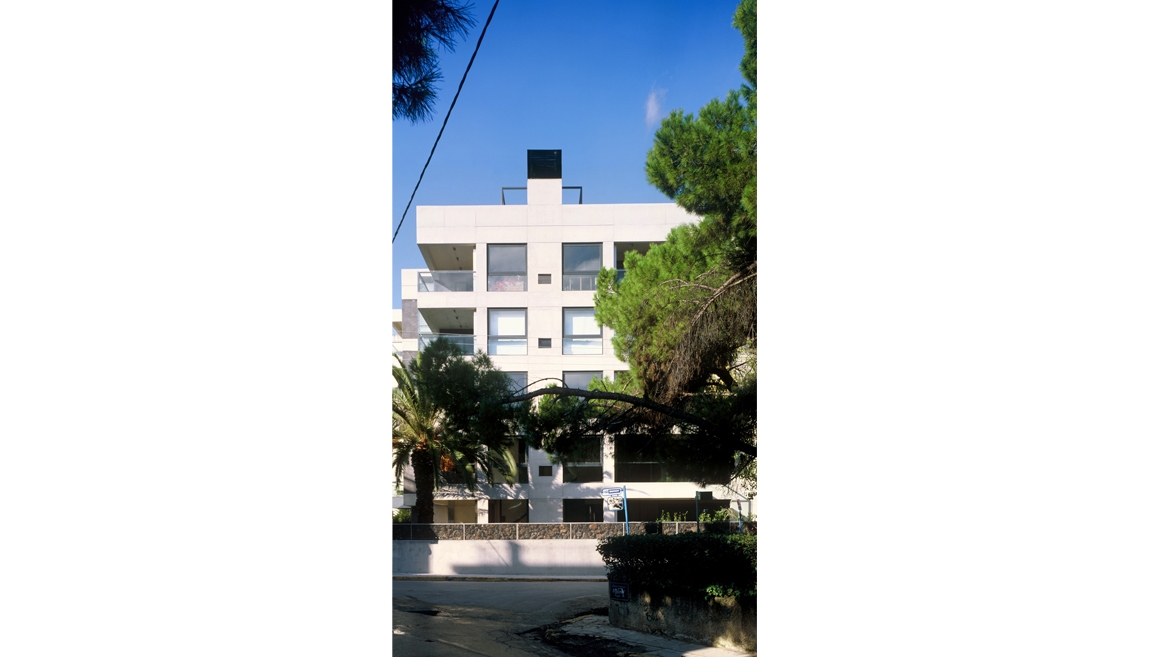 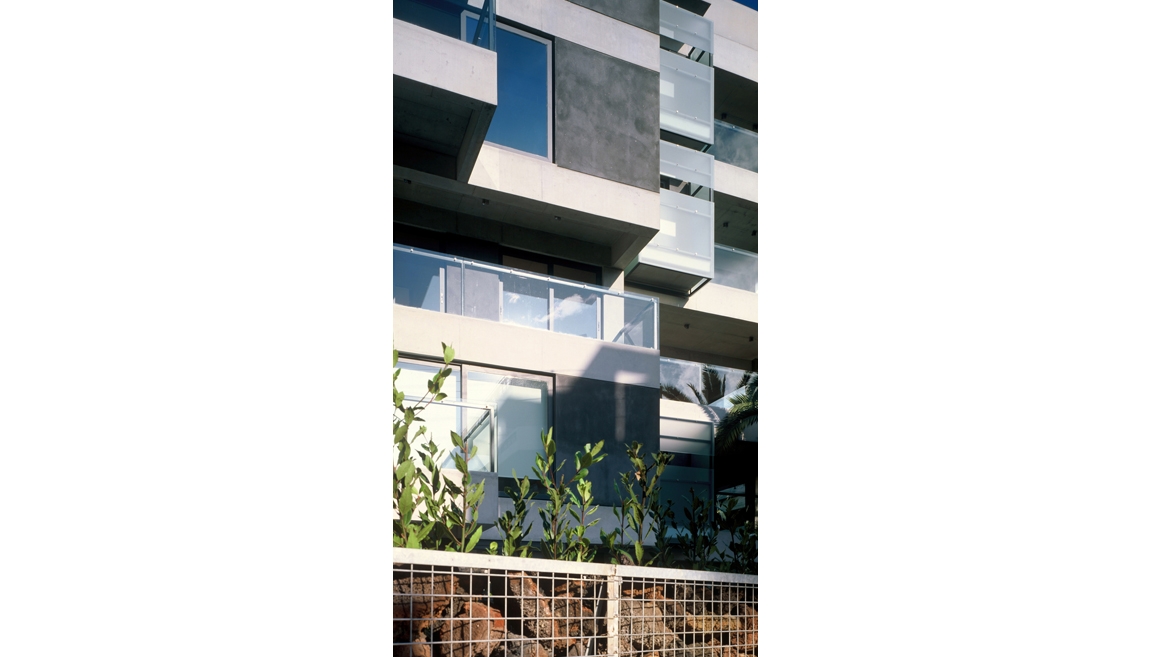 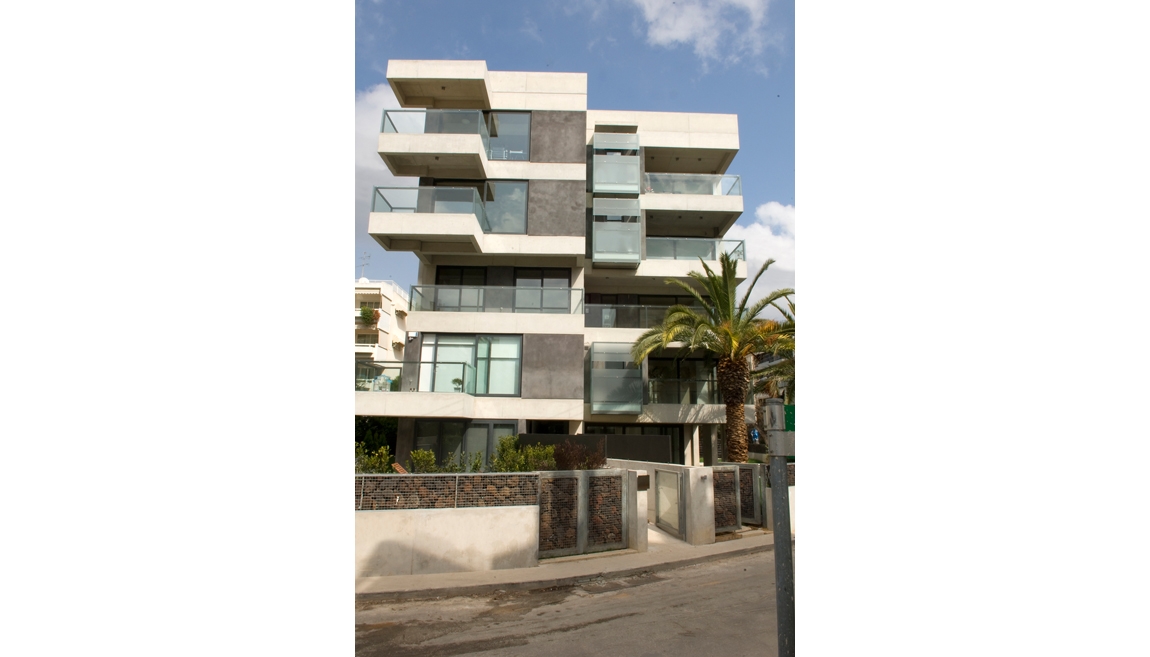 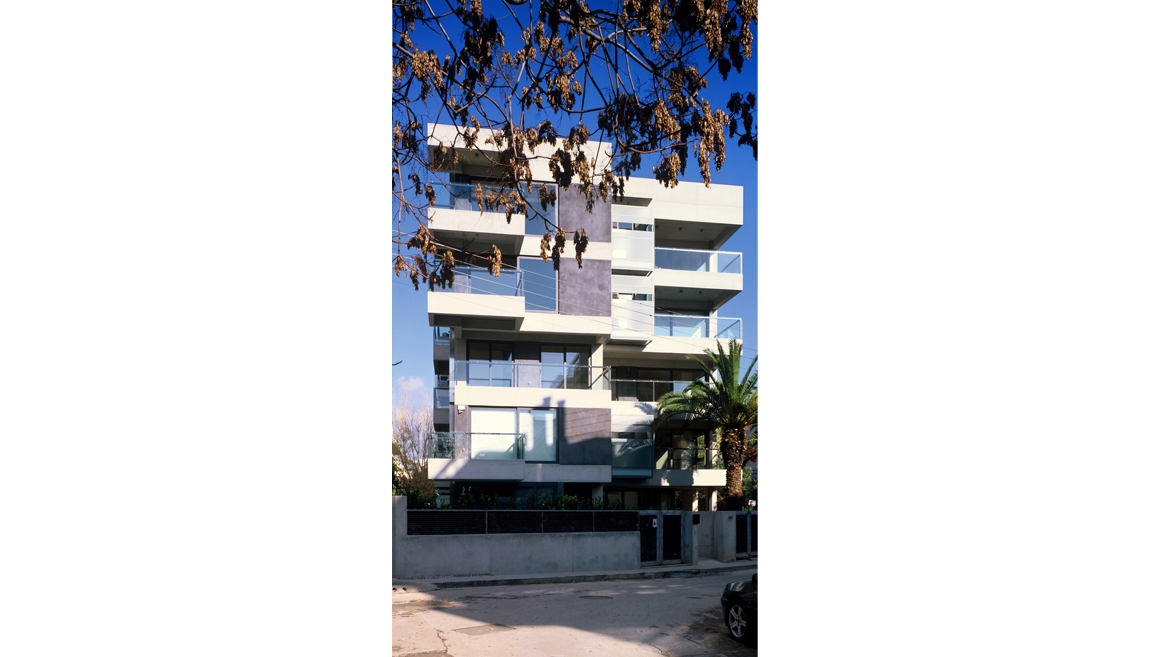 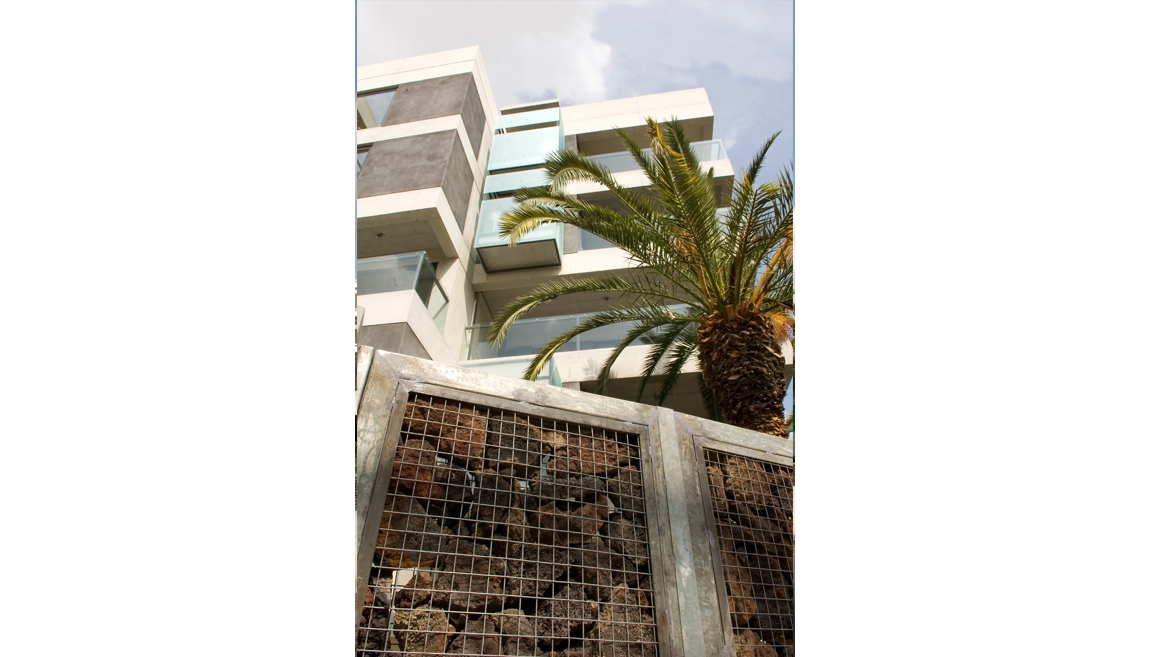 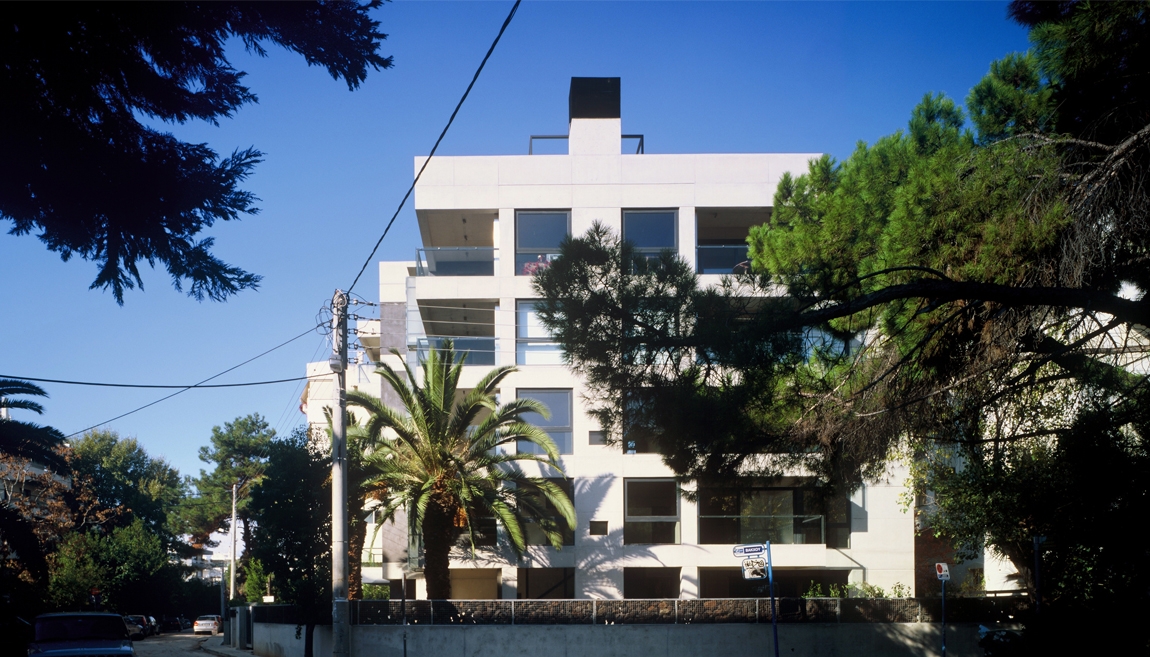 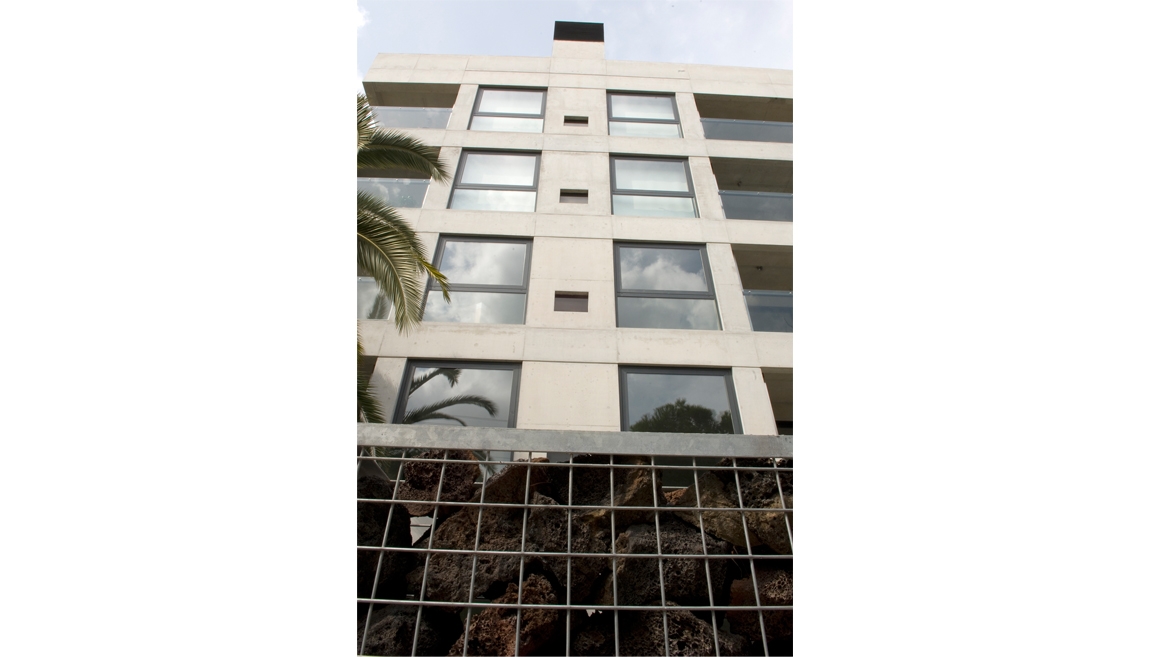 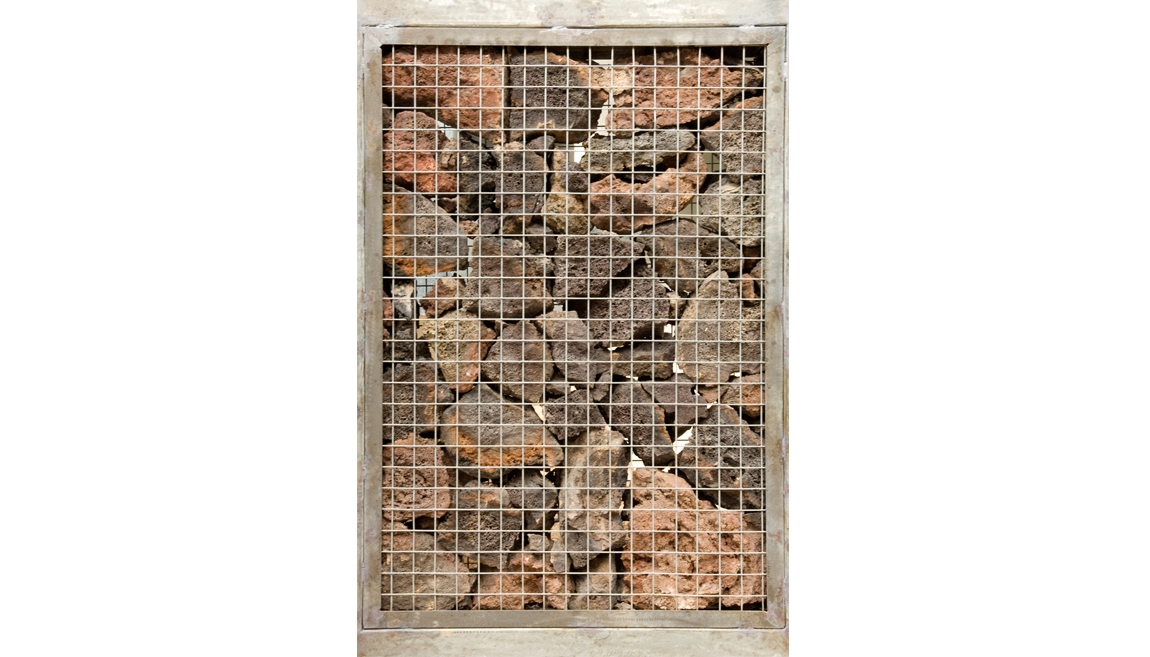 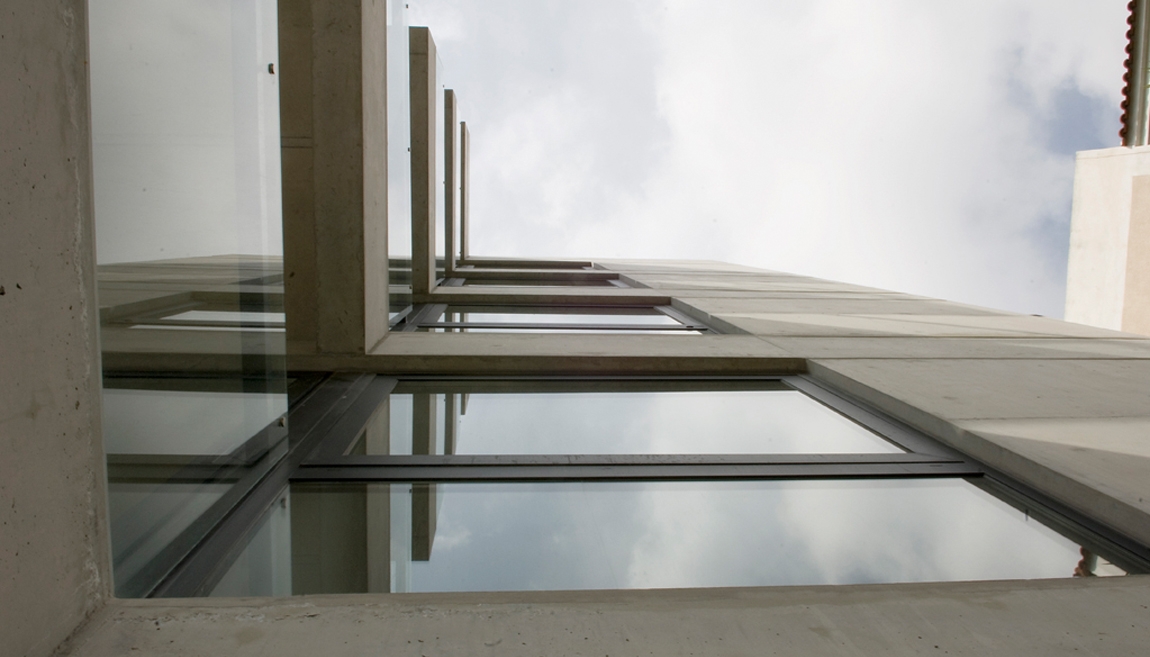 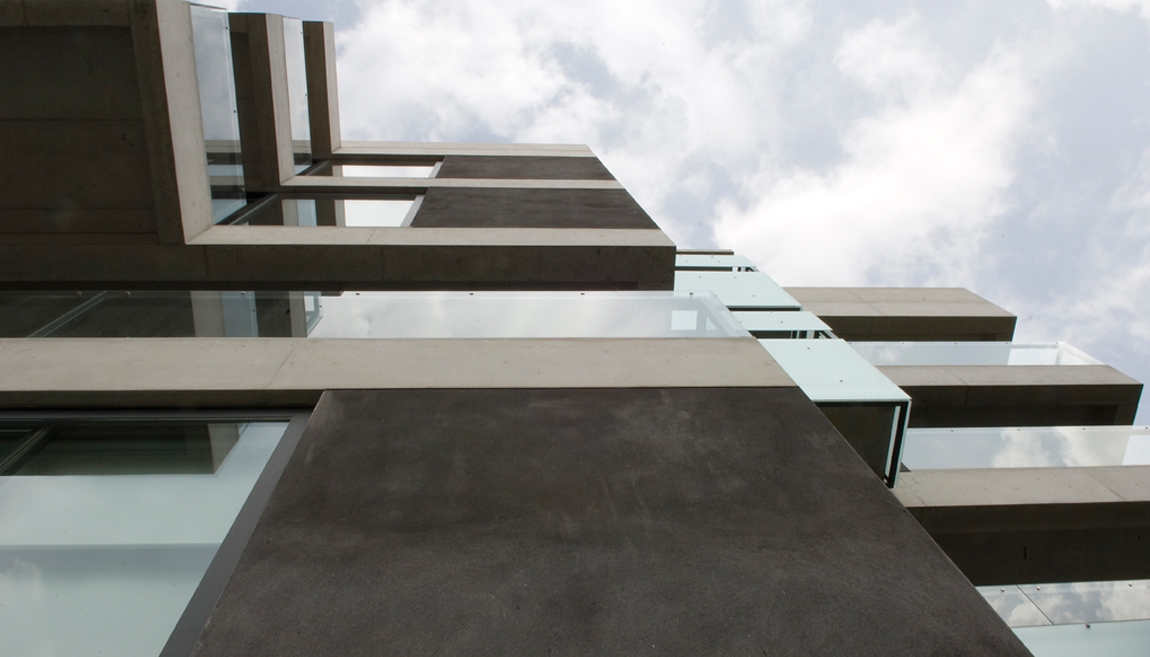 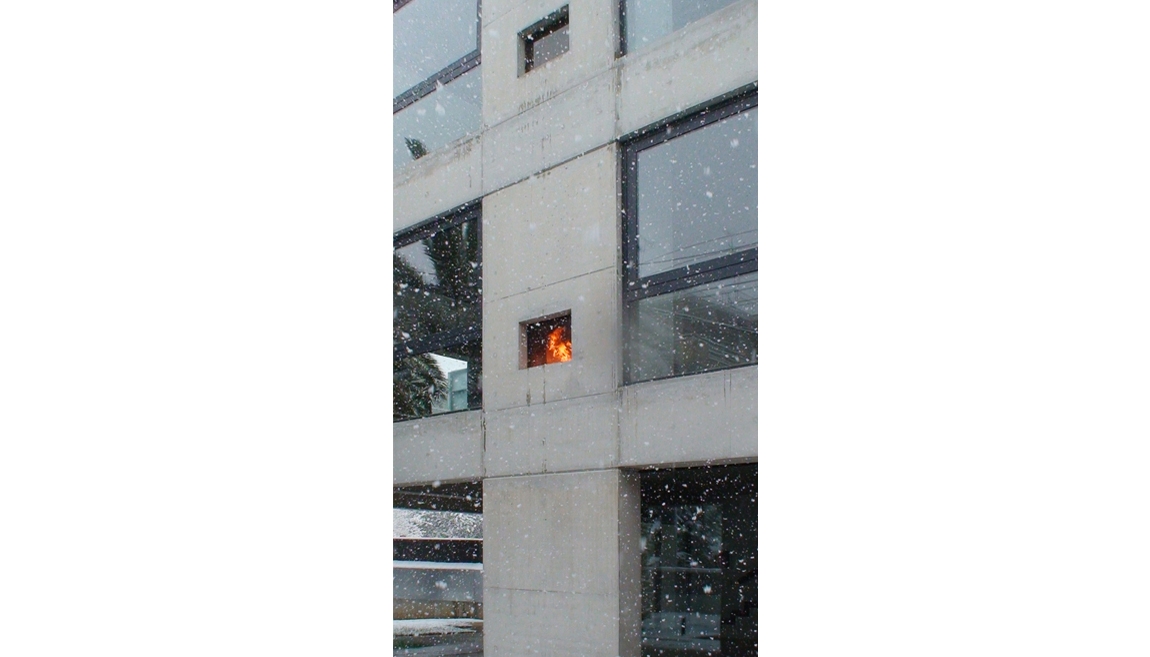 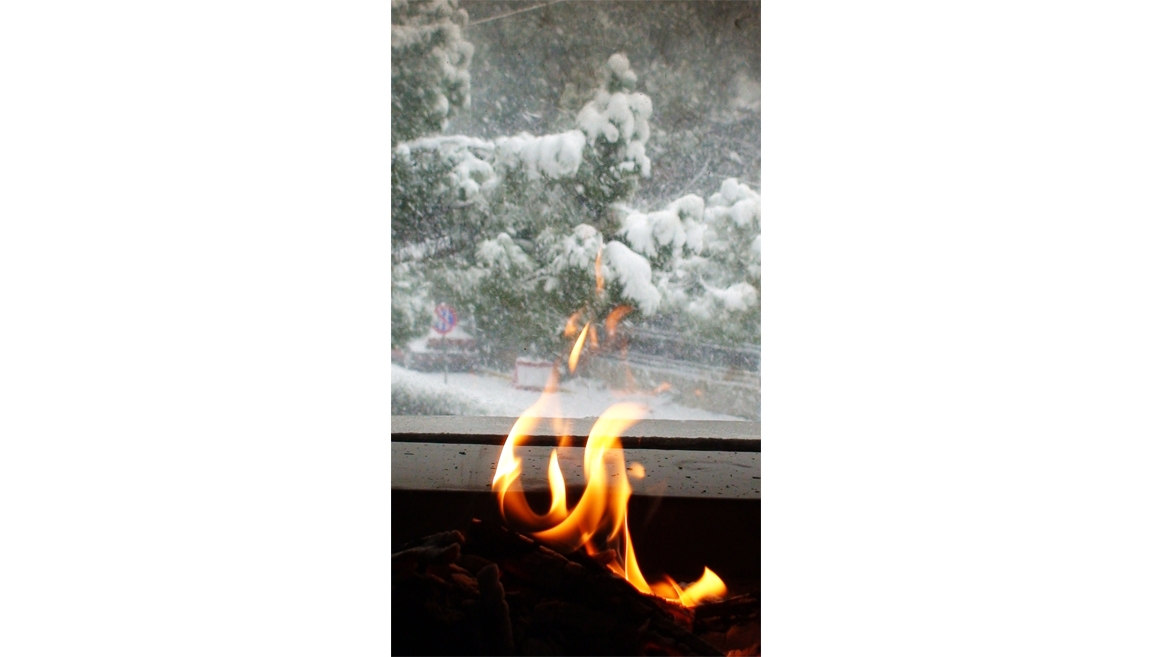 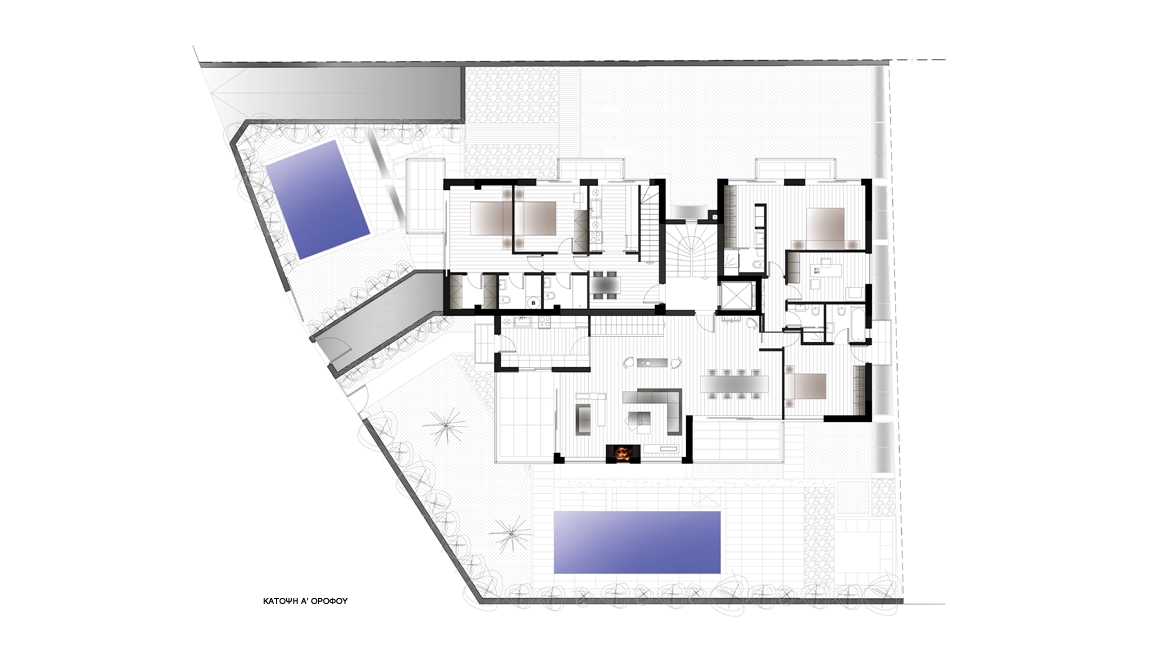 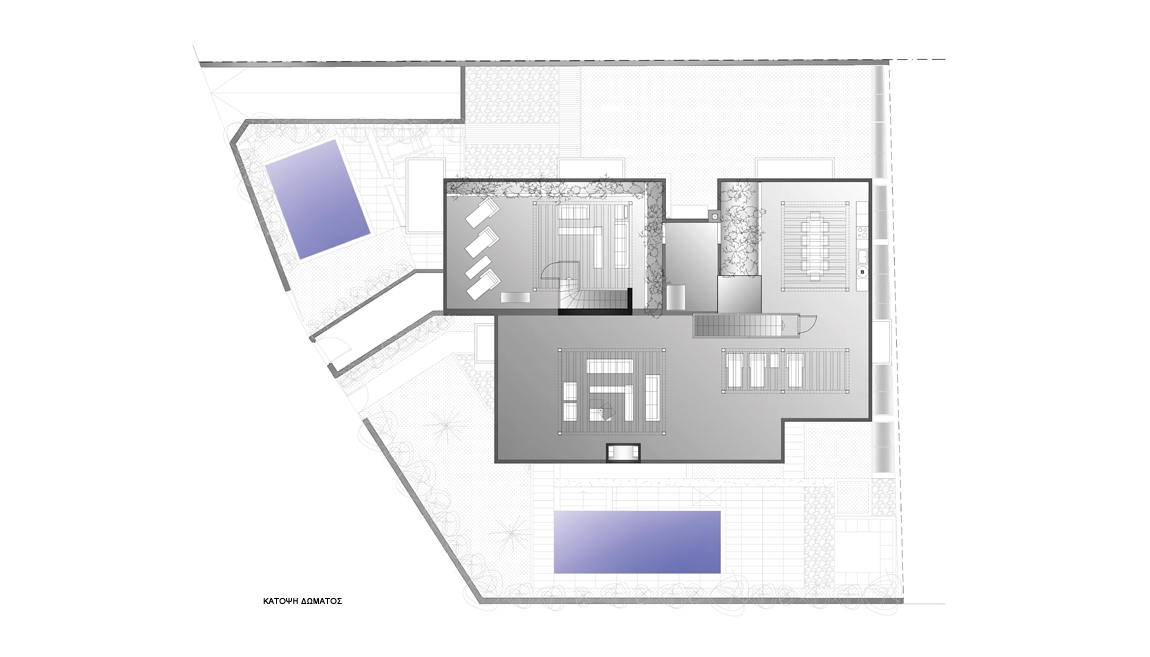 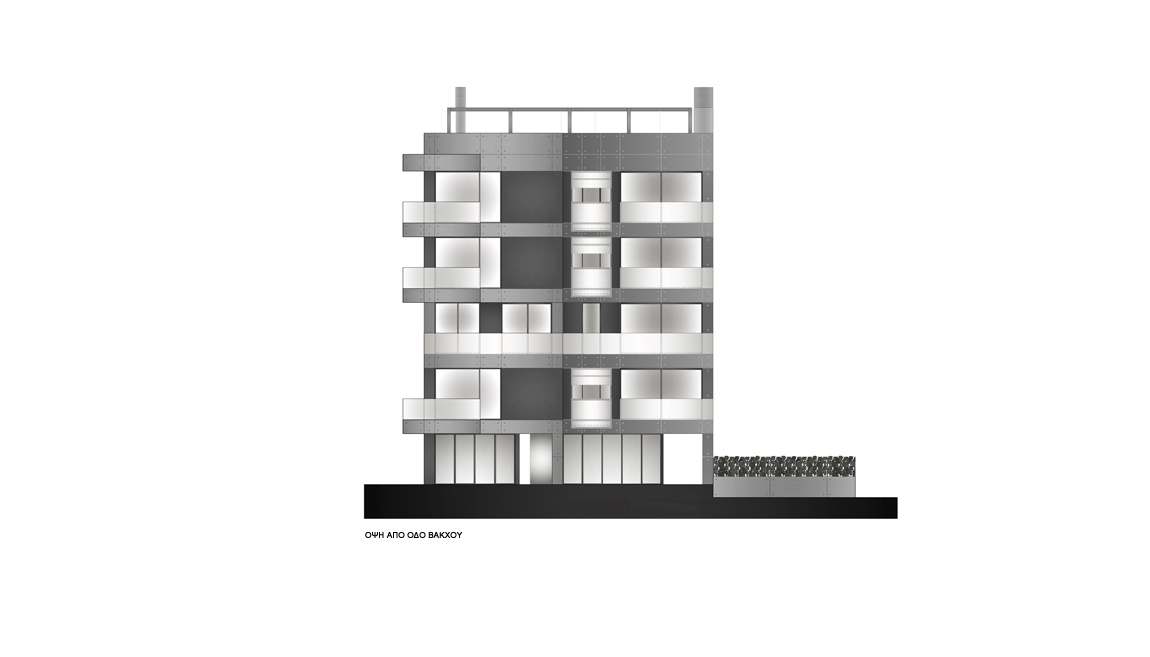 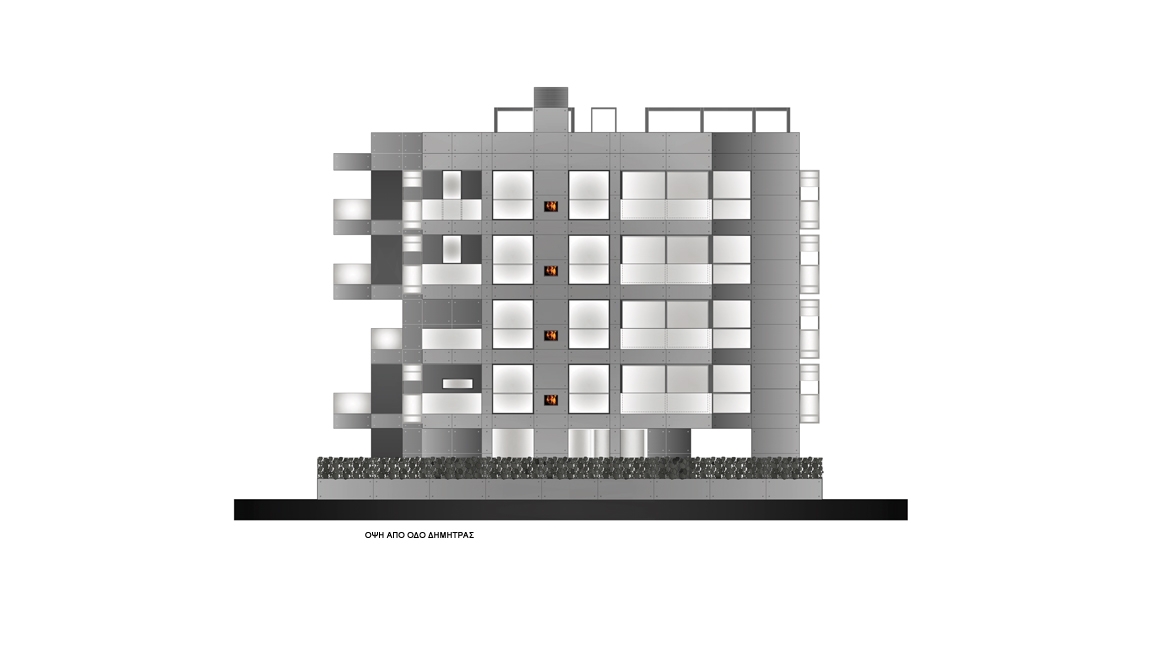 This residential building in the north suburb of Agia Paraskevi is built out of reinforced concrete, totally untreated, both outside and inside. The large transparent surfaces emphasize the building’s relationship with the surrounding environment.
The fireplace of each apartment is the dominant element of the construction, the flames of which are apparent on the main façade of the building.
Fire is not only a fundamental mean for human evolution, but has always been a basic point of reference in people’s social life. Gathering around a burning fire besides the luminous and thermal aspects it carries, has been the vessel where emotions and logic interweave.
This block of flats is being treated as a multi-residence where each occupant by lighting the fire not only alters the façade of the building but at the same time sends a symbolic message to society.